Robert Zoellner: I think the most compelling, the most profound part of the 13 point business coach system is that it’s linear and all-inclusive, right? So you’re not gonna move on to the next step until you already have a system built for the step before it. 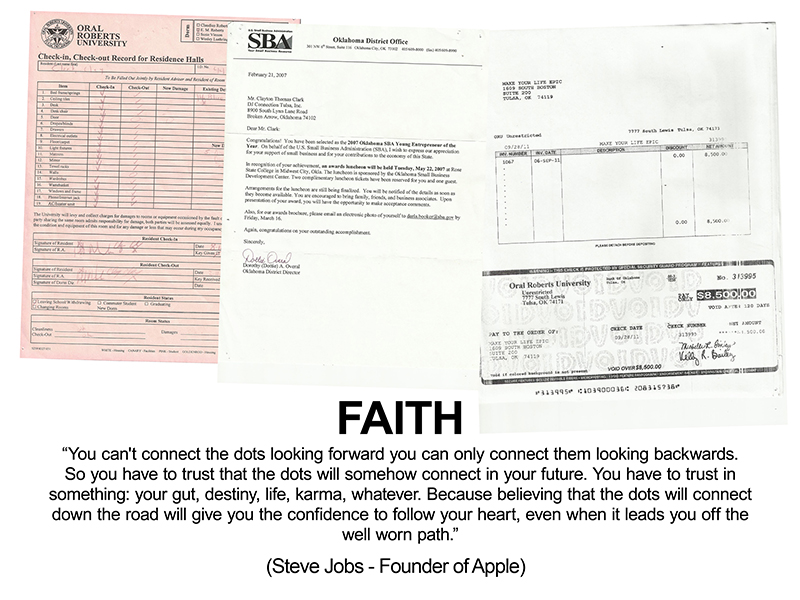 Let’s get real here, though. Because I want to make sure people can understand what I’m saying.

And, Robert, why is that?

Clay Clark: So let’s talk about the Tulsa Oilers as an example, okay because they are a business coach client of mine?

Clay Clark: So the Tulsa Oilers, we set the attendance record the other day. We’ve been working with these guys for about two years. It’s 16,000 people that came out.

“Are you guys geniuses? Are you and Dr. Zoellner from a big hockey lineage?”

No. The branding was step one. You get that website looking good. You get the logo. The website. The print materials. Anything that people see is the brand. Branding is just the perception that people have of your business. That’s all that branding is, and I want to make sure that we’re getting this … Elon Musk is the guy who, obviously, started Tesla, he started SpaceX. He’s also the guy that says “Brand is just a perception”. And the perception will match reality over time. Sometimes it will be ahead, other times it will be behind. But brand is simply a collective impression some have about a product.

Now, Dr. Z and I, we have a team of people that do our branding for us. We don’t have to hire an outside company now, right? So as part of the coaching program, we do the same level of branding that we do for our companies for yours. For less money than you would spend on hiring a barista. If you were to go out there and hire a full-time barista, let’s say you pay them 12 bucks an hour, and they work for you 40 hours a week. At the end of the month, you’re gonna be spending about eighteen hundred dollars, two thousand dollars hiring just this person.

And so at the end of the day, we do all that for you as part of our one-on-one business coach program. So we start at the basics, like Robert said. We’ll start with the branding. We’ll get your branding tight, and then with the Oilers, then we executed a three-legged marketing stool.

You have to ask yourself, “What are the three ways that you go out there and get customers?” You have to have three ways. Success is not complex, it’s actually very, very simple. It just requires diligence.

When we come back, we’re gonna talk about specifically executing a three-legged marketing stool, and how we were able to help the Tulsa Oilers set an all-time attendance record and nearly double their attendance in two years. Think about that. Doubling their sales in two years. Stay tuned.

All right, I will tell you this, Thrive Nation. If you’ve ever started a business, it can get dangerous. It can get scary. When you have kids, of which I have five, and you … I’ve met so many Thrivers. I meet so many Thrivers out there all around the world. I run into them on airplanes, I run into them in grocery stores. The other day I was at a speaking event … I’m old enough, Robert, where I always say “the other day” but it could have been a month ago or five years ago.

Robert Zoellner: “The other day, ten years ago …”

Clay Clark: “What was I talking about?”

No, but the thing is, I’m kinda old enough now where I do that.

But I was actually at a speaking event in Las Vegas, and I ran into a Thriver. A guy who’s a member of the Thrive15 online school. And what’s happening is he sees me and he’s like, “You! You’re the Thrive guy! What’s up dude?”

And people do that all the time, because why? Thrive is the world’s best business school, and it’s a dollar, Robert. A dollar. Robert, it’s a dollar.

Clay Clark: Well, you went to Oral Roberts University and you studied theology. So how much did those guys get you for?

Robert Zoellner: Well, I actually, thankfully, was able to receive a scholarship from the Green family.

Clay Clark: The Thrive Nation’s very irritated with you.

Robert Zoellner: Yeah, I’m sorry, I had to be honest.

Clay Clark: Did you pay anything at all?

Robert Zoellner: I did pay for room and board, because I wanted to be part of the environment there, the culture.

Clay Clark: So how much would they have gotten you for, had you not had received a benevolent scholarship from the Green family?

Robert Zoellner: Right around or just under a hundred thousand dollars.

Now, Tulsa University’s around fifty grand a year. Thrive is a dollar. And you go, “Well, actually I went on your site, and it’s nineteen dollars.”

This is how it works, Thrivers and business coach clients. It’s a dollar for your first month. And then if you can’t afford more than a dollar, then you can set your own price, so it can be a dollar. And, check it out, if you do pay the full price of nineteen dollars a month, which is less money, by the way, than you probably spend on random things that you find at the counter at a typical convenient store, a member of the United States military, either a veteran, an active-duty, or reserve. They get a free Thrive15.com account because you have purchased an account. So it’s a one-for-one, it’s a hand up movement.

And so I’m telling you, I run into this Thriver, and this guy’s got kids. And he tells me, he says, “Hey, I want you to know, this three-legged marketing stool is the boss. This thing has changed the game for me.”