Business Coach Rob Zoellner: Woah woah woah. Do that again.
Clay Clark: If you want to get a raise, you have to seek criticism and not praise That is what a  would tell you. . And so just as an example, when I had Carlton Pearson sit down with me and analyze my speaking and how I could improve, I wanted to say what could I do better. Don’t just tell me what I do well, tell me what I could do better. Put my feelings over here, I don’t really care about my feelings. Just give me that feedback and as an entrepreneur, you’ve got to be intense about learning from sincere criticism from your customers and you’ve gotta observe them. And so Z, the elephant in the room, I’ve noticed there was two weird things that men would do when they’d come in for a haircut at our place.
Rob Zoellner: Just two?! Okay. All right. Let’s get weird on today’s show.
Clay Clark: So Jeff, you tell me if this is you. You book a haircut appointment let’s say the appointment starts at 12.
Jeff Rant: Yeah.
Clay Clark: How long could you read an old people magazine or an old, whatever the magazine Us Weekly or whatever, how long could you read an old magazine before you’re annoyed that your haircut hasn’t started yet? How many minutes could you endure not starting on time?
Jeff Rant: Ten minutes.
Clay Clark: Ten minutes. Now most of our clients are upscale. They’re millionaires. We have one guy, I remember, he actually came up to me and he said, “I just want you to know, I’m the CEO of a hundred million dollar business, and for me waiting ten minutes for a business coach it really … ” And he let me have it. And so we were just starting our business coach program. This was about five years back. And so we decided, you know, we’re going to create a membership model so you can prebook your time and we will always start on time or very close to on time. There’s no walk-ins. So we actually had to turn walk-ins away.
So now the elephant in the room, we don’t really take walk-ins. So if you want to walk in and just get a haircut, good luck. Because unless something canceled, we’re probably not gonna be able to fit you in. But that was observing and there’s no way I would have known that but because it’s an upscale place … It’s kind of like tee times, Z, you know?
Rob Zoellner: Oh yeah. 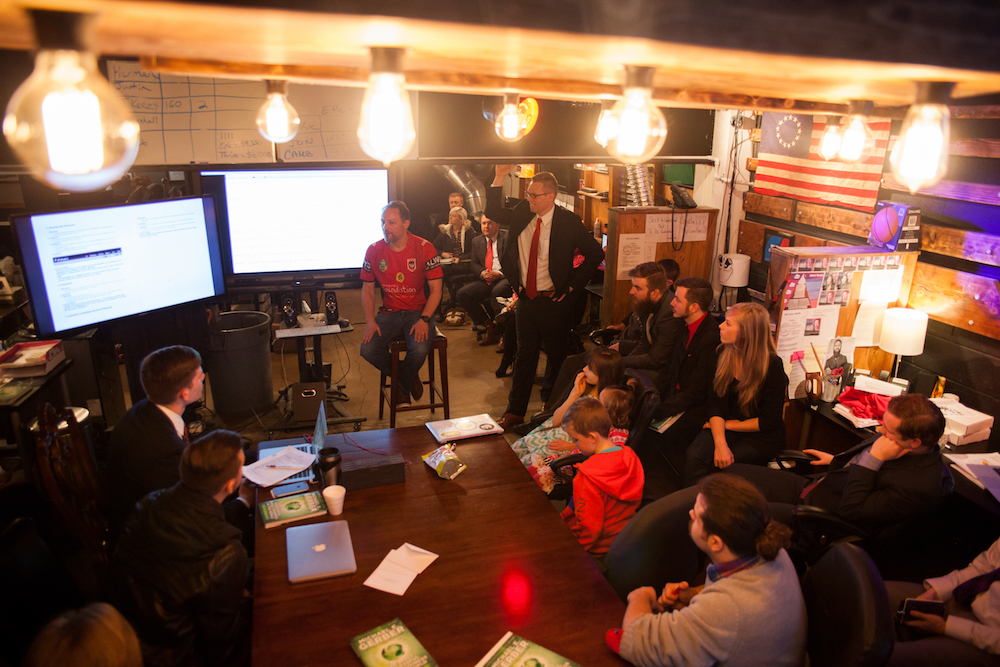 Call Thrive15.com to learn more about how a business coach could help systemize your business.