Business Coach What are the Best 6 Goals to Set

This has been transcribed for the business coach program at Thrive15.com and business coach Clay Clark and is sponsored by Steve Currington at Total Lending Concepts. 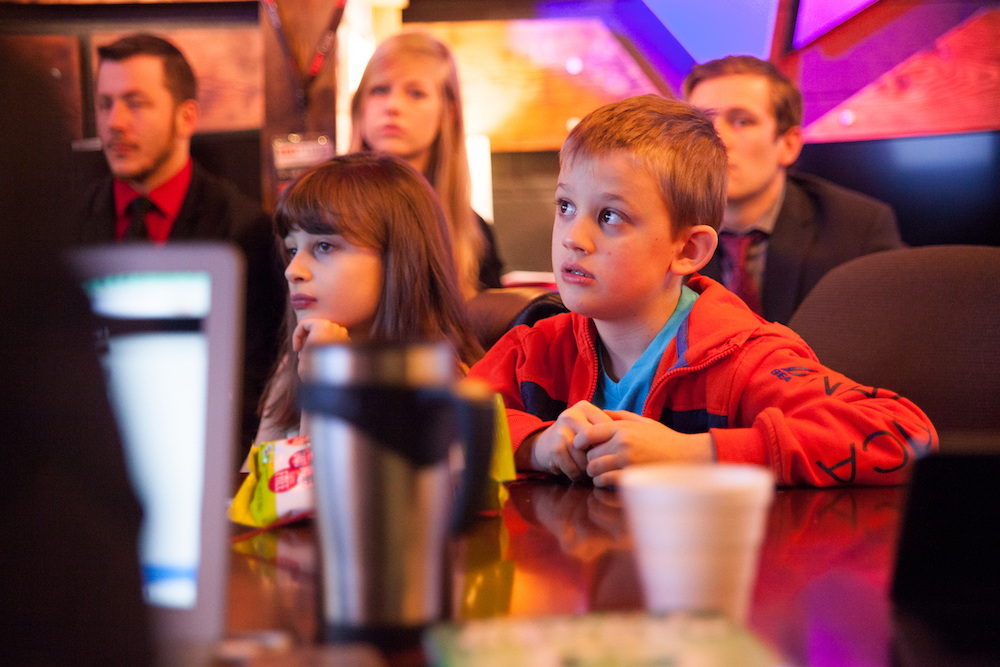 Nobody’s mediocre by birth, I’m talking about the choices that they make. Faith, family, finance, right? Friendship. Then there’s fitness and there’s fun. You gotta schedule time for faith, family, finances, fitness, friendships, and fun. I’m sorry I’m giving them to you in a different order so it’s hard to write them down. Let me try one more time.

I care about the people that we help, right. That’s the metric that I track.

Speaker 3: If you have still not found what you’re looking for I recommend you do two things. One, get on over to Oklahoma Joe’s where they consistently serve up the worlds best baked beans. The baked beans there are incredible. I’m a guy who, I’m not super passionate about just baked beans. It’s not something I wake up every morning going, “Oh, I love baked beans. I probably should talk about baked beans on the radio show because I love baked beans.” No. Oklahoma Joe’s decided to sponsor the Thrive Time Show many months ago and when they did I went over there and I had the baked beans and I realized that what I was experiencing was like a party in my mouth. It was almost like Thomas Jefferson, the founding fathers, you Ben Franklin, they’re all in a room and they’re signing a Declaration of Independence where I’m no longer dependent upon mediocre baked beans. I’m now independent. I now understand what it’s like. I’ve seen the light. I’ve gone to another place. I have seen the world’s best baked beans and they are clearly found every day at Oklahoma Joe’s. They’re incredible.

The move number two is if you want to find what you’ve been looking for. If you want to achieve success. You must write out your F6 goals. If you’re just tuning in that’s faith family, friendships, fitness, finances, and fun. Write out those goals and then let’s go and get them, right? Let’s go get them. I’m going to walk you through how your business coach will help you during a business coaching experience.

A business coach is going to hold you accountable to execute your action steps and your daily performance indicators. Your daily key performance indicators. The idea here, Jack Welch, again, the former CEO of GE who I love to quote because he grew GE by 4000% when he took over. You guys understand that the TV Show Seinfeld, it would not be on the air, it would not have been on the air, if it wasn’t for Jack Welch. Jack Welch was so pragmatic that when they took over RCA and they took over the TV network he realized, “Hey, listen. We’re not growing because the shows aren’t good.” He decided that he would commit to continuing cutting shows that did not perform well. By him cutting, by him pruning the tree, he was able to make room for Jerry Seinfeld. Jerry Seinfeld would not have had a sitcom if it wouldn’t have been for Jack Welch pruning away a show that wasn’t very good.

At the Thrive15.com business coaching experience that we have, we obviously have the two day in-person interactive workshops where many people come and they had their epiphanies but maybe you need one-on-one business coaching. Jack Welch said this notable quotable, he says, “You’ve got to eat while you dream. You’ve got to deliver on short range commitments while you develop a long range strategy and vision and implement it. The success of doing both.” Walking and chewing gum, if you will. Getting it done in the short range and delivering a long range plan and executing on that. That’s what a business coach is going to help you do.

My family, growing up, my mom and dad are awesome people. They really, really care about me, they’ve encouraged me. I used to stutter as a kid, I couldn’t talk very well. I’m on the school bus and I remember a kid made fun of me and I went to school and people made fun of me, I just struggled with speaking. My parents believed in me and helped me become a person who was confident in the way I spoke.

For them it was a major major financial sacrifice to have a speech pathologist work with me. It was a sacrifice. It was tough. My dad worked night shifts. You know my dad, who just passed away, unfortunately, as a result of ALS. It’s Lou Gerhigs disease. He basically lost the ability to move his body, his limbs, and he eventually suffocated to death on 9/4/2016. He sacrificed to make my life the best that it could be. I appreciate that. He worked at QuikTrip he worked night shifts. He worked at Medtronic, a place where they make pacemakers, he worked at a calibration place. He did the best he could.

You’re probably reluctant to start a business, you’re probably going, “I don’t know if I have what it takes. I want to do it but I don’t know if I what it … I’m worried about what people might think. Gosh, what if I speak up in a meeting. What if I don’t want to own my own business but I just want to become the best manager I can be. If I speak up what if I offend somebody.”

Steve Jobs has a notable quotable for you that I’m going to read to you. He delivered this speech while speaking to the Stanford graduates, which is hilarious to me because he did not graduate from college, yet he was asked, as so many successful people are, to speak at the graduation when he did not actually graduate himself. Something should be learned there. He says, “Almost everything, all external expectations, all pride, all fear of embarrassment or failure. These things just fall away in the face of death, leaving behind only what is truly important. Remembering that you are going to die is the best way that I know to avoid the trap of thinking that you have something to lose. You’re already naked. There’s no reason to not follow your heart.”

Maybe you don’t like that quote. Maybe it didn’t do anything for you. Psalms, you know, from the Bible. 11 Psalms 1:18, so 1:18-24, it says, “This is the day that the Lord has made. Let us rejoice and be glad in it.” My friend, you don’t know how long you’re going to be on the planet. [Correct 01:23:44] I don’t know how long I’m going to be on the planet. My dad did not determine the day that he would get ALS. He did not email in some doctor and say, “Oh, doctor on this day, that’s the day when I want to have ALS.” None of us know how many days we have. When you realize that time is, in fact, your most precious resource and not money, you will begin to invest in yourself.

People that don’t grasp this concept struggle forever. I paid somebody when I could not afford to pay somebody, I paid someone to teach me Photoshop when I was 19 years old. I paid somebody to do my accounting when I was 25 years. I have paid somebody just as recently as last week to plant some trees at Camp Clark in Chicken Palace. I paid someone to install a flat screen TV at Thrive15.com. Once you can get over this ridiculous mindset that you value money more than time, you can have success. Everybody needs a business coach, but that’s me trying to sell you something.

The CEO of Google, on an interview he did with Fortune magazine. Google Fortune Magazine Eric Schmidt business coach. This is what he says, and I’m going to give you time to write this down. He says, “My best advice to you is to have a coach.” A business coach. He says, “My best advice to have a coach.” He says, “I remember thinking, why would I need a coach, am I doing something wrong. My argument was how could a coach advise me if I’m supposed to be the best in the world at doing this.” He’s the CEO of Google but he believes that having a coach was the number one game changing event that took his business career to the next level.

Perhaps the CEO of Google needs a business coach and you don’t.