Business Coach How to Be the Best at PR

This has been transcribed for the business coach program at Thrive15.com and is sponsored by Steve Currington at Total Lending Concepts. 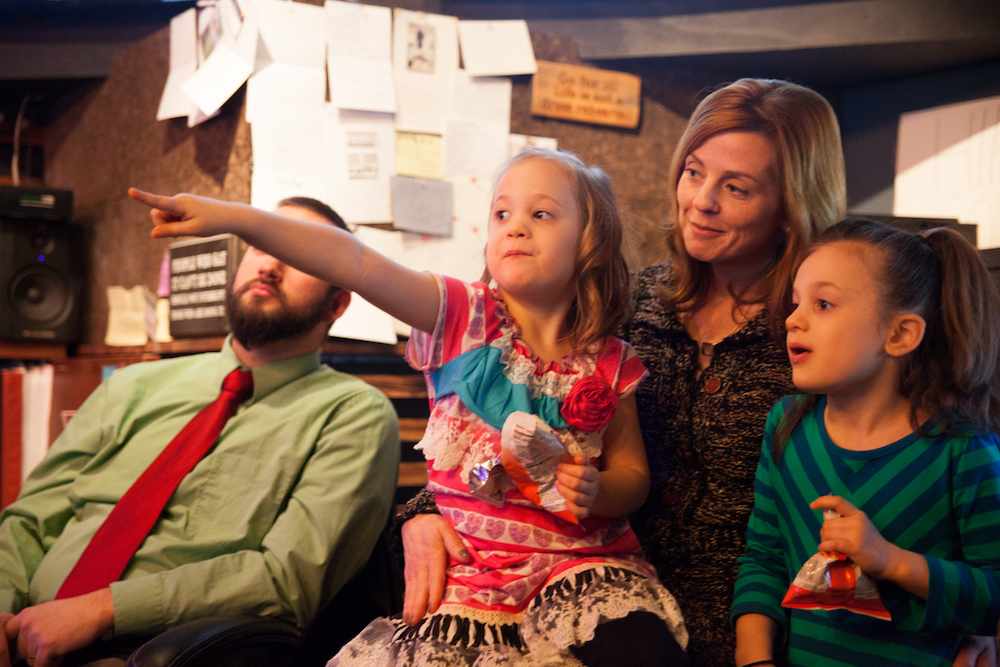 A budget is telling your money where to go, not having a budget is asking where your money went, right? We’re asking you to be intentional about investing in yourself so we’ve built the worlds largest, best, online business platform. Thousands of videos. If you want to learn management, the guy who used to manage Walt Disney World Resorts is the one teaching. I’m sure that he couldn’t possibly understand how tough it is to manage your business, right? No. No. He knows the moves that you need to know. We teach you search engine, marketing. If you want to learn public relations. The PR consultant of choice for Michael Jackson’s estate. You know, the singer. That guy. Prince. His PR guy. Charlton Heston, Nike, Pizza Hut. That is the PR guy Michael Levine who’s going to be teaching you PR.

Speaker 3: Welcome back to the Thrive Time Show. Yes. Yes we did. Welcome back to the Thrive Time Show. This is the show for anybody out there who’s ever started from the bottom and now they want to get here. Here being success. Anybody who’s ever decided that they want to become successful. Maybe you’ve attended a motivational seminar. Maybe you’ve read a book. Maybe you had an epiphany. Maybe you watched an inspirational movie and you have all these motivational feelings and ambitions and you want to achieve success. But you’re struggling to gain traction and to introduce your product or service to the marketplace. If that is you you are not alone. In fact, you are somebody who’s right at the beginning of your journey if that’s you.

Today we’re talking exclusively about business coaching and the value of having great business coaches. To kind of introduce you to the playing field, if you’re not aware of the programs out there that are good and I say good I mean they’re well reviewed, I know people who have used the programs, people have spoken highly of the programs. The E-Myth program by Michael Gerber is program number one.

The fourth program is the one that we’ve built for you here at Thrive15.com where our one-on-one coaching program is designed to be 1/4 or 1/5 of the cost of any of the other competitors but it’s designed to give you 5 to 6 times more value. Specifically when we have a Thrive15.com business coach help you that also includes the complete back end support team. We have an entire team of business coaching ninjas. People who know their craft who are supporting you. As an example your point of contact would be your coach, but then you’re going to have a graphic designer, a photographer, a videographer, a web developer, a coder, an online ad manager, a search engine optimization content writer, many many other people.

This whole team of people, dozens of people, supporting you and your business so you don’t have to go out there and hire these people full time. We always tell people, “For less money than you would spend on hiring a full time barista you’re able to have the complete skillset needed to grow your business and a team of business building ninjas.”

The question that gets asked a lot is, “What does a business coaching relationship look like.” A business coaching relationship is a form of development in which a person called a coach supports a learner, in this case you, or a client in achieving a specific personal or professional goal. The coach is hired to help you achieve your goal. The main thing you want to do before you hire a coach is you want to know what your goals are. Think about this for a second. Jack Welch, he was the most successful CEO of his time, though many of you are listening saying that, “Well, he’s actually not the most. By what measure. How do you determine he’s actually the best. That seems like hyperbole.”

Okay, let’s just give you an example. He took over GE, he wasn’t the founder of GE, that was Thomas Edison. He took over GE and at the time the company was consistently drifting. They were barely keeping up with the inflation rate. Every year your money’s worth less money because the government prints money and spends money it doesn’t have, thus devaluing our currency. We have a thing called a fiat currency. I don’t want to send you down that rabbit trail but fiat, basically currency by decree. We don’t have a gold standard anymore. Our money’s not backed by precious metals anymore like it used to be, thanks to Richard Nixon.

The thing is we now have a fiat currency and so the inflation rate’s grown by 2 or 3%. If you own a business, I mean, let’s just say that you go to the grocery store tomorrow, the cost of yogurt is higher this year than it was 4 years ago. Back in 1999 when I went to college at Oral Roberts University, I’m dating myself. I went to college at Oral Roberts University and the cost of yogurts where four yogurts for a dollar. It was four yogurts for a dollar. You could buy four candy bars for a dollar. Now the same candy bars, and I feel like they’re getting smaller. Maybe that’s just my feeling. The candy bars now, like, for Reece’s peanut butter cup, that thing is like 60 cents, 70 cents. I think [inaudible 00:47:46] go to QuikTrip it’s like 79 cents maybe. 69 cents. If you work at QuikTrip and I’m getting that wrong please feel free to email me info at Thrive15.com. I believe it’s like 69 to 79 cents and it used to be a quarter. That was only, what, 18 years ago. That’s incredible.

Money loses value so quickly. When Jack Welch took over GE as the CEO he would kind of be like the guy who would take the role of the business coach. He came on there and he said, “Listen, we have a lot of different businesses. We have hundreds and thousands of different products. We’ve got to make these things profitable.” He did a lot of systemic changes. He had his rules for the thing called differentiation where he said, “If we can’t be number one or two in the world with that product let’s get rid of it.” He also had differentiation with employees. He demanded that all of his managers make a list of their A players, which are people who get there early, and stay late, and they get their job done and they bring, what he calls, the four E’s to work.

An A player would be somebody who brings energy to work, one. Two, they can energize other people. Three, they can execute. They just get stuff done. We’ve all worked with people that can’t get stuff done. He says the four E’s matter. Energy, energize, execute, and the fourth is they have the ability to what? They have edge to make the tough decision even when it could irritate other people. Irritate other people? Yeah, that’s what management is. Good management consists of irritating somebody before noon every day. If you’re an effective manager, let me tell you what. You’re going to irritate somebody before noon every day. If you do not irritate somebody before noon every day because you hold them accountable, then you, my friend, are not a good manager and you need a good business coach.

What does a business coaching relationship do? What will happen if you hire a guy like a Jack Welch to come help your business? Well, one, it starts with a free session with a coach who will do an in depth comprehensive, 13 point analysis on your business. I don’t care whether you hire a coach or not, having that analysis is worth it. It’s absolutely a game changing exercise. When you’re standing in front of somebody or you’re on the phone with somebody and you are rating your website on a sale of 1 to 10. 10 being the highest and 1 being the worst. Unless you’re mentally absent, you start to go, “Wow. I just discovered that I have some areas for improvement right there.”

Then we ask you on a scale of 1 to 10 to rate your areas of your branding, your search engine optimization, your online ads, your offline ads, your retention rate, your ability to keep the employees you want. I don’t care about your total retention rate. If you can’t keep morons motivated who cares. If you can’t keep the people you want to keep that’s something we need to think about.  Get a business coach and you will get better.

We need to talk about your overall profitability. You need to analyze your profitability. Are you operating in the 30 percent profit margin or more. Is your business able to operate without you. There’s so many things the business coach will ask you about. They’re going to ask you how much of the business is dependent upon you to bring it in and to deliver it.