Clay Clark: Unbelievable. Stay tuned. Thrive Time Show. Break it down. All right, Tulsa, T-town, green country, or the good people out there in Tennessee, welcome back to the Thrive Time Show on your radio. We are talking today about how to make your wallet grow, how to build a successful business, and specifically, we’re talking about the four-step entrepreneurial success cycle, and step number one is you have to define what you want your life and your business to look like, and, unfortunately, if you don’t do that, and you find yourself having drifted to a place where now you’re surrounded by people who work with you, teammates you who are not performing, and who drive you crazy or who aren’t the right fit, Z, what do you do? How do you do it? With a business coach? 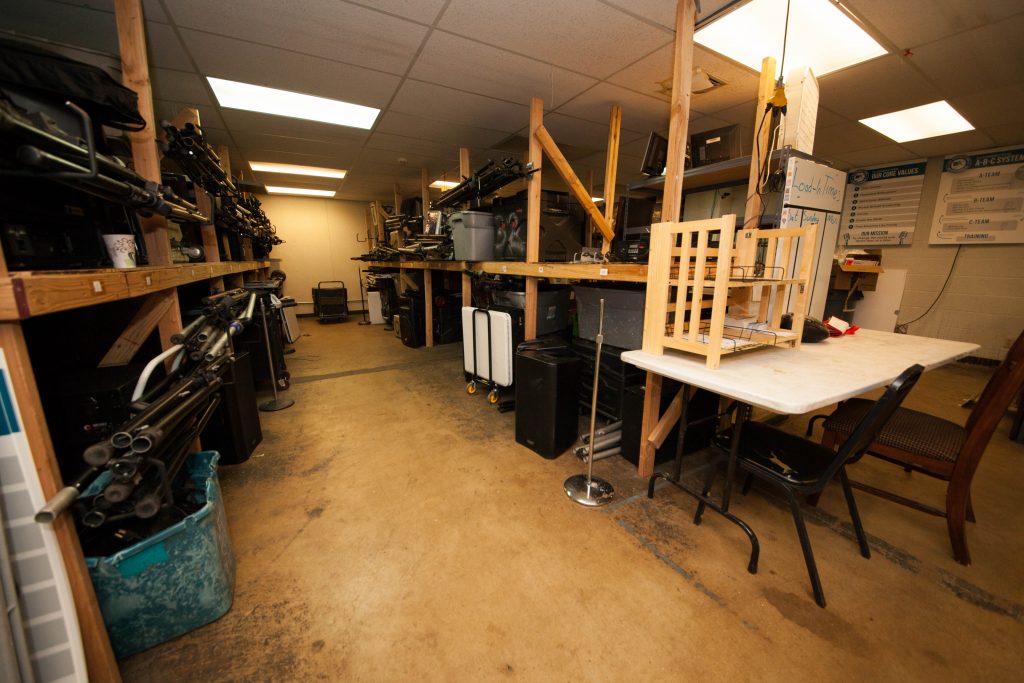 Robert Zoeller: Well, sometimes you’re tempted to just wake up one day like you did on Christmas Eve and fire everybody, and then, all of the sudden, you realize, “Wait a second. I got to go DJ 32 weddings this weekend.”

Clay Clark: I did it real quick. I did it on New Year’s Eve after their shows.

Clay Clark: They came back in, so I had a plan.

Vanessa Clark: Well, I’m still confused because somehow we did get rid of them because I ended up having to DJ two shows.

Robert Zoeller: And for those two shows out there, you’re welcome.

Robert Zoeller: It was awesome.

Robert Zoeller: So what you do is in your mind, you fire them, and then you hire somebody, and then on your schedule, on your pace, at your convenience, you then let them know that they are no longer needed there, and there is it there is a magic phrase I use that saves hours of aggravation and hours of debate with a business coach.

Robert Zoeller: How bad all the other employees are, and then why are they getting to do what they do, and they’ve got to be let go now, and a business coach here can help your business grow.

Clay Clark: I want to have all those conversations with a business coach.

Clay Clark: I want all those.

Robert Zoeller: Well, then you will not follow this advice I’m getting ready to give.

Robert Zoeller: Hey, maybe you can find a soft pretzel over there at the bar or something.

Clay Clark: They’re all out.

Robert Zoeller: There out. Someone ate them all. You can get on the intercom system and make some random announcements.

Clay Clark: Over there, folks, we have a beautiful man on the microphone over there on the far left. Back to you.

Robert Zoeller: You look at them and you say, “Things just aren’t working out. You’re fired. Leave.”

Clay Clark: But I don’t want to … I think I can change.

Robert Zoeller: Oh, you use Michael Jackson. Now I got to take the bait.

Robert Zoeller: Don’t take the bait because they’re going to want to know why, and then, all of the sudden, you’re telling them why. Now you’re debating it, and it wasn’t that bad, and they didn’t do that, and what are you talking about? They didn’t know that.

Vanessa Clark: And somehow they weasel into another chance then.

Robert Zoeller: Oh, yeah, and then pretty soon now you’ve got all the people you’ve fired are still working there, and you’re like, “Hey, what did I do?”

Clay Clark: And if you don’t do Dr. Z’s move, we have audio of what’s going to happen to your life if you don’t fire these people-

Clay Clark: This is live audio from an office in Tulsa where people weren’t fired.

Audio Clip: Now you kids are probably saying to yourselves, “Hey, I’m going to go out, and I’m going to get the world by tail and wrap it around, and pull it down, and put it in my pocket.” Well, I’m here to tell you that you’re probably going to find out as you go out there that you’re not going to amount to jack squat.

Jason Bailey: Yeah, that was great.

Clay Clark: I guess I should do the move. Now the next move, the next step, is you have to act. So once you’ve defined what you want your life to be, you’ve got to get to a point where you actually act, and I think that part is tough for people because you don’t know what I am about to tell you. So I’m going to give this notable quotable to you. This is from Eric Ries. He is the founder of … He actually wrote this book called the Lean Startup, which is a great book for a business coach. He used to be an advisor for Kleiner Perkins. Who’s Kleiner Perkins? They funded Square, Uber, Google, and this is his notable quotable. He says this. “We do everything wrong.” He’s referring to startup businesses without a business coach.

“We do everything wrong. Instead of spending years perfecting our technology, we build a minimum viable product, an early product that is terrible, full of bugs and crash your computer. Yes, really stability problems. Then we ship it to customers way before it’s ready, and we charge money for it, and after securing initial customers, we change the product constantly but much too fast by traditional standards, shipping new versions of our products dozens of times every single day.” Eric Ries. So he’s like … This is basically the behind the scenes of what happened with Uber. They were-

Clay Clark: Uber, just so we’re clear, he cold called taxi drivers and said, “Hey, would you be willing to use this system to stay booked all the time?” He called 10 people, and a couple of them are like, “Yeah, I’d be interested.” So then he made something that didn’t work, but he found out they would actually use it. They would try to. And he kept doing this and making it better, and better, and better, and this I the part … It’s frustrating because you know you have to go through this, and so Jason, I want to ask you this because … What states is DJ Connection now in? What states and what cities are you now in?

Jason Bailey: We’re in Tulsa. That was the easy one.

Jason Bailey: Dallas was the hardest probably, the second hardest one. We crashed and burned there a lot, but we’re doing great now. We’re in Kansas City. We’re in Denver. We’re in Indianapolis. We’re in Houston. We’re getting ready to open St. Louis and Nashville this year.

Clay Clark: Are you in Chicago?

Clay Clark: So when you’ve been building the systems and going into the different markets, what have been the challenges that you could not have predicted, kind of proactively you found out as a result of doing something that you now had to make some changes?

Speaker 5: Broadcasting live from the center of the universe. You’re listening to the Thrive Time Show.

Jason Bailey: Okay, so some of the things we did, we moved to Dallas. Okay? So we tried to hire someone in Dallas to run that office, and what we found was they had no idea how to run a DJ company because we were just hiring them randomly, so multiple, multiple screw-ups on that. We finally realized that we have to move someone from our core office, Tulsa, who has the culture, and they believe in the company. We had to move them down there.

Jason Bailey: Oh, after we had screwed up like five times in a row, and I was about to pull my hair out. But it was two or three years after trying to start going down to Dallas.

Clay Clark: You know, we have audio of you during the times where you were trying to get other people trained with a business coach. I hope you don’t feel like I’ve invaded your privacy-

Clay Clark: I was working as part of the pro-Putin Trump campaign.

Clay Clark: And so what I did is I’ve come up with this bugging device that has allowed me to bug you throughout space and time.

Clay Clark: So this is audio of you when you were trying to hire someone.

Audio Clip: Oh, my gosh. This guy’s not working out.

Clay Clark: That was the audio there, and I’ve got audio of when you finally had the idea to hire somebody from Tulsa and take them to other places.

Audio Clip: What? I need to take somebody from Tulsa and put them somewhere else? This is amazing. I should buy a boat.