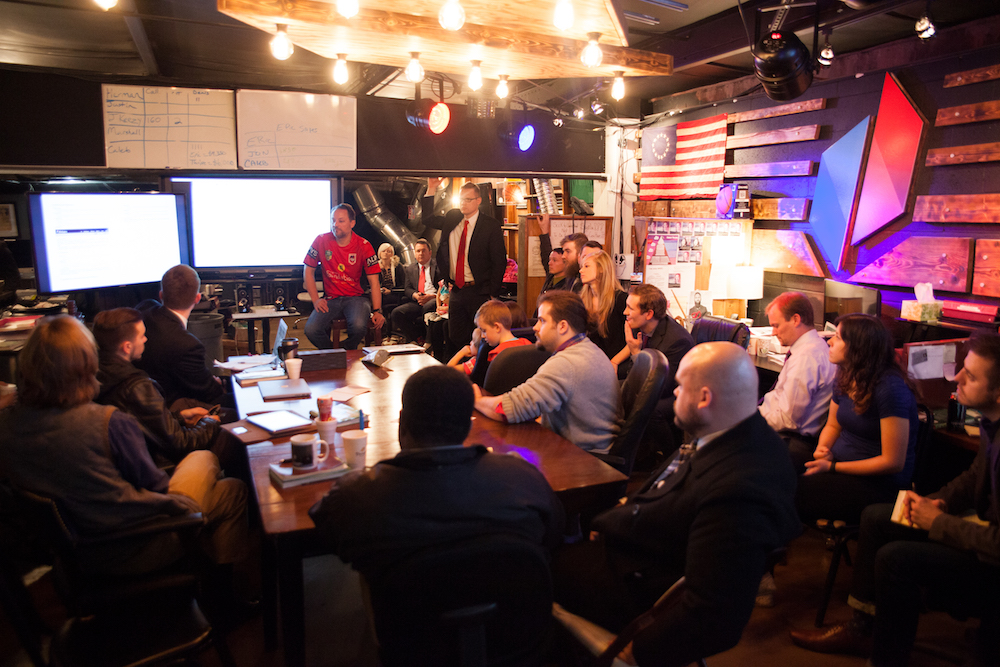 Transcript prepared for the  program at thrive15.com

Wow, so it seems as though if you’re somebody who’s struggling time to get your action items done, you need to look at your schedule right now and figure out what you’re going to begin saying no. Because focus stands for you want to focus on your core task until success. You’ve got to be able to say no to and reject things that aren’t going to help you get to where you’re wanting to go. As an example, my wife and I don’t ever really watch TV unless it’s a Patriots Game. You will not find me at dance parties. You won’t find me engaging in long conversations about how I feel.

You won’t insert the blank. I’m asking you, what trade-offs are you going to make? The average American is watching over four hours a day of either television or social media. You’ve got to turn that stuff off. You’ve got to find time for what matters. Now, dysfunctional mindset number seven, this is the one that’s hard for some people, because you know what to do, and you’re just choosing not to do it. You’re choosing not to emotionally engage in your own life. It’s sort of like you’re watching your life, it’s almost like you’re watching someone else’s life. Your life is drifting, but I’m not sure how to explain it to you other than you’re letting it happen to you, instead of creating and designing the life that you want.

This dysfunctional mindset number seven is the non-emotionally engaged guy. I’ve sen it a million times a business coach. What happens is, you don’t want to admit that you’re stuck and that you need help breaking through your biggest limiting factors. What you do is you just pretend as though life is going just fine. You won’t engage in conversations with a coach, or a mentor, or a therapist, or anybody who could help you, a personal trainer, get to where you want to go. In your mind, you just pretend as though all is well. Because you’re just trying to maintain homeostasis, you’re trying to maintain that current cycle that you’re in, it’s kind of like you’re farming without sowing seeds, or without tilling the soil, or without watering the seeds.

You just keep farming without doing one of those essential aspects, and it doesn’t actually work for you. You want to achieve financial freedom, you want the corner office, you want the time freedom, but you get a result of putting in boatloads of work, but you don’t want to actually fill up your day with the work needed. Here’s a little notable quotable that I’m going to give to you that I wrote myself. I wrote it myself, and I give it to you. It is this, my friend, inspiration is the reward. You’re saying “What’s the reward? I’m waiting to get motivated, and then I’m going to start.” No, no, no, inspiration is the reward for getting started. You start before you’re motivated.

All right, if you’ve been struggling to find that satisfaction and you just want to know what actions you need to take to create the life that you want to make, you have found your new favorite show. It’s the Thrive Time Show in the radio. My name is Clay Clark and I’m the father of five human kids. Live right here in Tulsa, Oklahoma, went to Oral Roberts University. I got asked to leave Oral Roberts University for writing a parody about Oral Roberts University that the school did not find to be as funny as I did. We move on, though.

My wife graduated from Oral Roberts University. Our five kids, they participate in gymnastics here at Spirit, Soul and Body here in Broken Arrow. My son plays the drums. We’ve got about 40 chickens, we’ve got ducks. Right now, it’s kind of a weird deal because we had this crazy, ravenous bobcat and raccoon, just monsoon of just carnage. Just kill a lot of the chickens and the ducks flew away, and so, we’re kind of recovering the squad here, but now we have two rabbits, we’ve got a lot of chickens and we have four cats. Things are going good. We’re going to be expanding our vast camp Clark and chicken palace. We’re planting fruit trees all over Tulsa like my name was Johnny Appleseed or something.

We’re planting pine trees, we’re building the wall. Why am I saying all that stuff? Because I’m a Oklahomey, I’m just like you. At one point in my life, I really, really wanted to achieve financial success, and since being able to do that, I am on a mission to help mentor you and to provide you with that knowledge they don’t provide you in business college. I love it when you ask questions.

One of you e-mailed us, [email protected] Again, the e-mail at [email protected] You also can go to ThriveTimeShow.com, and catch any podcasts you missed or catch the earlier portion of today’s program, and you could learn about our in-person workshops at ThriveTimeShow.com, but this Thriver in Michigan, I guess he’s a podcast listener there. He downloads the podcasts, and listens online by clicking the “watch live” button there. He e-mails this question, he says “What is the mindset? What mindset do I need to have to become a successful entrepreneur?” We were teaching the either growth mindset that you need to have, but now we’re moving on to the 11 dysfunctional mindsets that will absolutely cause you to fail if this mindset is prevalent in your business or in your entrepreneurial endeavors.

This next dysfunctional mindset is dysfunctional mindset number eight. The “I’m going to try to solve all of my business questions at once” guy. You see, you want to solve all of your business problems now, although, every successful entrepreneur on the planet will tell you that you must simplify and focus on methodically knocking out the action items that will move the needle one at a time. You’ve got to prioritize the items that are going to move the needle.

The biggest limiting factors, tackle those first, it will create the biggest impact in your business. For you my friend, you must understand, the process of building a successful business is just that, it’s a process, and it’s not an overnight thing. I’ve been married 15 years and so many young men and women will reach out to me and say “What’s the tip? How do you have a successful marriage? How do you do it? What is the thing you’re doing?” Well, I will tell you this, my wife and I are rigorous about scheduling activities together. There are times where the opportunities that are now presenting themselves to Vanessa and I, so many business owners will reach out and say “Could you help me grow my business.” Because we now have a proven system to do it, and there’s so many testimonials that show we do it, and because our one-on-one business business coach program is so affordable, there are just so many people that reach out for business help all the time.

Because our Elephant in the Room Men’s Grooming Lounges that we founded with my brother-in-law, are doing so well, we’re opening, by the way, our fourth and fifth locations. Our fourth will be in Jenks, and our fifth will be in Owasso, here, before the end of the year. By the way, if you’ve never been to the Elephant in the Room Men’s Grooming Lounge, I’m telling you what, it’s the stop. It’s the place you have to stop to trim that mop, it’s only a dollar for your first haircut and you owe it to yourself to get in there. It’s one dollar for your first haircut and I promise you it will absolutely change the game for you. We are the best business coach program out there.

You know, Steve Jobs has some encouragement for you if this is you. He says “People think focus means saying yes to the thing you’ve got to focus on. That’s not what it means at all. It means saying no to the hundred other good ideas that there are. You have to pick carefully. I’m actually as proud of the things we haven’t done as the things I have done. Innovation is saying no to a thousand things.” Wow, he said innovation is saying no to a thousand things. Steve Jobs, who is Steve Jobs? If you don’t know who Steve Jobs is, he is the guy who co-founded Apple, he was the former CEO of Pixar that took over the company after George Lucas left for him. He introduced the movie Toy Story. He introduced digital animation the way we know it today.

He created the iPad, his team created the iPhone, they changed the way we call people, the way we consume content, the first personal computers with clickable screens. The whole thing, I mean, he’s a game-changer. He says that focus means that you have to make a list of all the things you need to say no to. That’s where you’re going to find the time needed to get everything done. Now, we’re moving on to the dysfunctional mindset number nine. Which, this is the one that I see the most, this is the one that’s the most common. This is the one that I think we’ve all been guilty of at one point if you’re an entrepreneur. It’s the “Everything is burning all the time.”

There’s always a burning fire. You are just so used to doing just enough to get by that you’re unable to ever get ahead. Because for you, everything is a burning fire. You never consistently block out the one to two hours per day, that are required to intentionally design a successful life, one day and one action at a time. You’ve not created the habit yet of diligently mapping out your day in a place and a time, and the place and time where you’re actually going to be getting all these things done without distractions. Thus, this just in, thus, you are currently trying to do the impossible. You aren’t blocking out quiet time, or planning time, I call this time meta-time. It’s the two hours of planning time I spend per day planning out my life. Designing the life that I proactively want to live.

As an example, like Lee Cockerell, or Dr. Zoellner, these are guys who have achieved success that is not possible if you’re not willing to schedule time to work on your business and not just in your business and were not uncoachable. People that are coachable will benefit greatly from a business coach. You see, if you have that constant feeling like you’re always running behind, and that everything is a burning fire, as your business grows, this is going to become an increasingly bigger problem because at some point, you’re going to have a mental breakdown.