Our country, the world, the world at large, Facebook, the media- People are going to as a general rule influence our decisions unless we’re very intentional about designing the life that we want like I was as a business coach. So I’m gonna give you some business coach statistics that I want you to wrestle with, maybe argue with, maybe things that you disagree- Maybe you want to just text us right now, 918-851-6920, and you can text 918-851-6920. Text any of your business questions and we will gladly answer those for you. 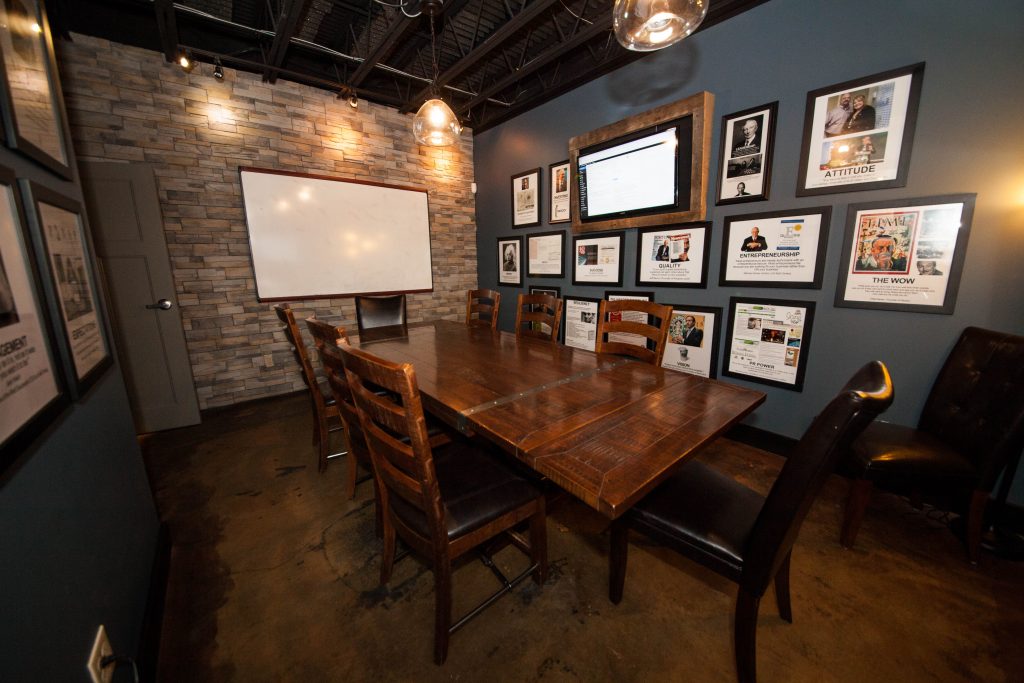 But here is something, a statistic according to Gallup. It says that only 13% of employees actually like their job. Only 13% of employees are engaged at their job according to Gallup, right? But then according to Time Magazine, Time Magazine did a study of- The Atlantic also published a study that said the average American has less than $400 saved. Less than $400 saved. But then you look at USA Today, and USA Today did a study that came out on October 9th of 2016, a guy by the name of Sean Williams published a report and it said that nearly seven in ten Americans have less than $1000 in savings.

And so business coach step number one, step number one is you must acknowledge that drifting is a- you must recognize the negative powers of drifting and you must commit that you’re never going to drift.

So I’m going to read you a notable quotable from Napoleon Hill and when I read it to you, I want you to understand how powerful his books were to me. Now remember, Napoleon Hill was the personal apprentice to Andrew Carnegie. Think about that. He was the personal apprentice of Andrew Carnegie. He interviewed Andrew Carnegie, Henry Ford, William Wrigley, I mean the Who’s Who, Thomas Edison, the people that really made it happen in America. People who took the industrial where it was, just the beginnings of the industrial America and took it to the next level. And he distilled their knowledge, their words of wisdom, their ideas, their visions, their proven methods into a book called Think and Grow Rich.

What is he talking about? What he’s talking about is that he believes you can have like a positive mental attitude or a negative mental attitude. Some people would call it the devil or Satan. He would call it your negative attitude or- we’re not gonna get too spiritual with this, but the point is, is that he believes he’s seen it firsthand that once somebody begins drifting and doing what other people want them to do, they’re stuck in a rut and they can never really get ahead. They seem like they’re always stuck.

The point is, work with me on this, most people don’t have a breakthrough until they’ve had a breakdown, but that’s not gonna be you. You are going to figure out your purpose today and if you already know it, you’re gonna determine right now you’re not going to drift.

Now when we come back, we’re going to get more into the second step which is, you must fight for what matters to you. Once you know what you want to to, you’re gonna have to fight for it because people are going to think that what you want to do is not normal. It’s not okay. It’s not accepted by society. When I decided that we wanted to home school our kids, because the public schools just statistically speaking are failing, so many people were like, “It’s so offensive. It’s so crazy. Yes. Do you not like teachers? Do you not believe in the school system?”

Or when I decided I want to start my own business  as a business coach because seven out of ten Americans don’t have a thousand dollars saved and because Gallup is showing less than 15% of people like what they do for a living- when I decided that I want to control my own destiny and start my own company, people are saying, “Are you sure you want to start a business?” People keep saying, “Are you sure?” “Do you have what it takes? Did- did you go get your MBA? I mean have you- did you have your MBA yet or- because if you don’t have your MBA you’re not gonna make it I mean. I know that Steve Jobs and Bill Gates made it, but you probably won’t make it.”

So when you know your purpose, it’s unnerving and alarming to people. So when we come back, we’re gonna teach you how to fight for what matters for you. How to fight for your big goals so that you are in control of your destiny.

Welcome back to the Thrive Time Show on your radio. And today we are talking about a subject that I absolutely could not be more passionate about. It is the subject of purpose. Specifically, your purpose. This is the show where we go below the epidermis because we care as a business coach. We get into that marrow. We go into that uncharted territory that almost nobody gets into. We’re talking about the stuff behind the stuff and we’re talking about the seven steps that you absolutely have to take if you want to guarantee your success.