But today-business coach listeners, think about it. The average person’s getting over 70 data point interruptions per day. And that’s not if you own your own business. 70. Think about it. How many of you have got 20 text messages, 20 voice mails or calls, and 20 Facebook updates, and 20 emails today at least! I get a ton of that as a business coach. If that’s you, you’re over the average. And think about the person who owns a business. You probably have 400 calls a day, and you brain might explode. 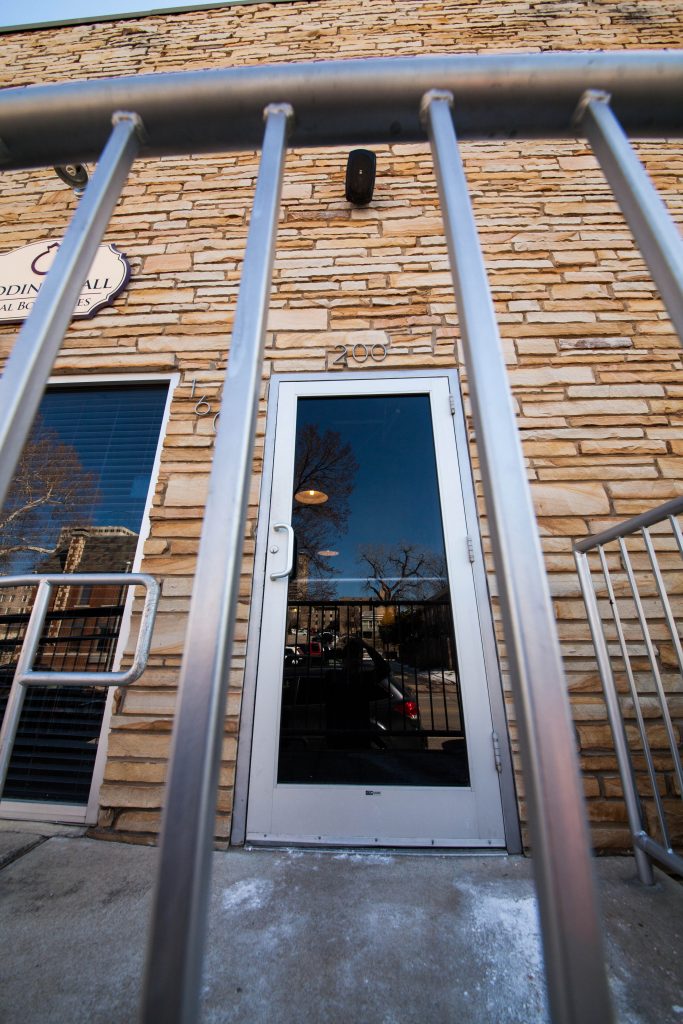 Did you have something you were going to add there Vanessa?

Vanessa: Yeah, I was going to say, as you mentioned, they would have these long, extended periods of time. They could write a book or whatever. And when you went to write your first book, I remember that’s what you asked Clifton Tolbert about, because he’s written many books, is, “How do you do this?” And I know I had to do t when I wrote my book, but that’s because of what you told me and what Clifton told you, is to physically- If you live here in Tulsa, it’s like a staycation. Go check in to a hotel, shut the door, lock the door, turn off your phone, and sit for an undivided period of time. And I don’t know any other way to get something like that done.

But you’re right. In any task that you want to make progress on, it’s going to need-

Vanessa: No interruptions! None! Not cell phones, not kids, not husband/wife, not business coach clients. So it’s good to talk beforehand and say, “This is the time I’m using to do this.” And you’re so great at that, and we really know, in our relationship and our life, when those times are. And I don’t know how you do it without that.

Sharita: With my cellphone, I turned off all the notifications. Because you know they’d just be like “Beep beep, buzz buzz.” I turned them all off.

Sharita: Done, I get too many as a business coach.

Clay: Awesome. Now here the thing is, Thrivers. I’m going to walk you through this because I care so much. We do this radio show. And when we do this show for you, you deserve the best that we can do. You don’t deserve a show like, “Hey, let’s just figure out some random stuff to talk about.” No, we do the research to make every one of these shows the best it could possibly be. On average we do four hours of research and show prep per show, and that’s before we even record the show, produce the show, put it up on the podcast. It’s four hours which as a business coach booked back to back, it can be hard to find that.

Vanessa: Can you tell them, when you do this, you do this as the host of the show. When do you do this? And where do you do this? Because this is important. It has to do exactly with what we’re talking about. You need undivided time to do this.

Clay: Between like 3am and 7am, in the business coach man cave.

Clay: And so, you know, as an example. Just as an example, a little fun factoid for you, that we wouldn’t have for you if we didn’t do the show prep. Steve Jobs, this is the former CEO of Pixar, the guy who co-founded Apple. He says, “Details matter. It’s worth waiting to get it right.”

John Wooden, the most successful basketball coach of all time, outside of, some would argue, Phil Jackson, but here’s what he says. He says, “It’s the little details that are vital. Little things make big things happen.”

So you think about this- Let’s go with our in-person business coach workshops. If you go to ThriveTimeShow.com, on April 21st and 22nd, we have the world’s best business workshop for you. And if you doubt it, I encourage you to Google “Thrive15 Conference Reviews” or “Thrive15.com” or “Thrive15 conference.” You can see the feedback from people all over the world who come here.

But it didn’t come up overnight. It came as a result of not being perpetually distracted, and focusing. And I like to call this you “magnificent obsession.” So I encourage you to have a magnificent obsession, where you think deeply about things in a way that is well beyond normal. Where people say, “Oh my gosh, why don’t you get a life?” Once they say that, you know that you’re building mastery. When people say, “Get a life!” That means you’re building mastery if you’re focused on something important. Stay tuned.

All right, welcome back to the Thrive Time Show. If you’re listening today from the Margaritaville new restaurant there inside the beautiful casino, one, it’s probably too early to be drinking alcohol. Just something I want to throw out there. If you’re listening and it’s 12:46-

Clay: -And you’re out there at Jimmy Buffet’s Margaritaville, having your third drink, starting to question whether the person of the opposite sex sitting next to you is cute or not. Around beverage four or five you’re starting to question whether or not you can feel your face, you’re on beverage number seven, you start to contemplate the meaning of life, and now you’ve found this show. Well, one I hope you enjoy it. I know you won’t remember it, but we’re going to have a good time in the business coach world headquarters.

Today’s show, we are talking about how to become a master of your craft. And off the air, Sharita, we were discussing business coach systems and you just asked a question that I thought was profound. Had some profundity sprinkled on it. Please pontificate.

Sharita: Yes. I said, Clay, when you’re talking about how you go back to back to back, all day you’re just executing items on your to-do list, and that is really true, we see you doing this here. But I think, to most people that doesn’t make sense. And I wondered how did you become that way? Have you always been this way? Did you build up to it? Because you’re like a machine.

Clay: Since my wife has known me, I’ve been that way.

Vanessa: I’ve always known him this way. And I think it’s- You can correct me if I’m wrong, but I think hat’s who he is as a person. Like, he’s innately that way. And I’m going to use the example of our son. Because when our son was born, all of the- We’d had a daughter before that, and you know those little jumpy seats?

Vanessa: And you know our daughter, we’d put her in there, she’d jump up and down for a while, whatever and then you take her out later and she does other things. Our son, every time I’d try to get him out, he would scream. He would not let me take him out. And he would literally jump in there with such passion and vigor and force until he physically fell asleep.

That is Clay. He will go, go, go until he drops. And that is just how he’s wired. And you cannot make him not do that, because he’s not going to like that.

Sharita: It’s who he is.

Vanessa: It’s who he is. And this morning at my work I was talking to a lady about that. She’s married to someone who’s very similar, and it’s just- That’s the way they like to pace things. And so it’s great for business, it’s absolutely wonderful for getting things done. But I think that’s just who you are as a person. And other people can learn that, but you can’t unlearn that. You do not like being forced to go the opposite way.

Clay: I would disagree. If I had no goals, then I would be like that. So, as an example, when I’m- Just to give an example. If you took me camping, I would have no ambition. And I would actually sleep the entire day like a polar bear.

Vanessa: I’m gonna push back, though, because you’ll be like, “We’re gonna chop down all these trees in the forest.” Let me give you this one example [00:50:39]. This is so good. She said she saw a picture and she goes, “This is classic.”

Clay: I think there’s just different gears. All I’m saying is- Listen here, because I want to make sure you get this, and I think about- I actually think about myself more than anyone else, because I am inherently focused on myself and my self-actualization. That might be disturbing for you, but that’s what I do. And I focus on what I’m good at, and what I’m not good at, I’m very self-aware of these things.

And I would just say that when I get asked to do things that I think are a complete waste of time in my mind- Like golfing. You want to see somebody low-energy golf, it’s me. I will sleep on the cart. I will stay in the clubhouse. I will try to get hammered before noon. I will do whatever I can do so that I’m not going to golf, because I cannot stand golfing. I think it’s a pointless exercise. But someone else listening says, “I love golf!” And that’s fine. But I’m saying if I did like golf, if I was engaged in a goal related to golf, I definitely would be aggressive at it.

Clay: Yeah. But I’m saying, you’ve seen me before where we’re on a trip or something and I have no goal for today, I’m just going to go to sleep. And I’ll just sleep for like 14 hours.

Vanessa: This is so good. I have to tell this story. Listen. I love him so much.

Vanessa: We know who the diva is in the family. We’re on a trip. And it’s great, the kids are having a great time. We’re in a house right on the beach. They’re having so much fun. And because it takes him a couple days to work out of that flow of wanting to do everything, and then he’s really great. The next couple days and especially into the weekend, he gets into this different mode. But you’ve got to take a couple days and just know it’s going to take a couple days kicking and screaming and fighting to get into it.

So this has happened. We were at the beach and it’s nice. It’s decorated like a beach house. And suddenly he’s like, “I can’t do this. I can’t even sleep in this room. Look how it’s decorated!” I’m like, “You cannot sleep in here because- Won’t your eyes be shut?” So he had to go sleep on the balcony!

Clay: I do. When I go to hotels, too, I can’t be in the rooms because I don’t like the way they’re decorated and as a business coach I cannot deal with it.

Vanessa: I’m like, okay, a little bit of a diva. But that is why he-

Vanessa: A divo! Sorry. It made me laugh though, because I had to point it out to him, and then he did get- Thought it was pretty funny. We were laughing over it.