Business Coach Expect What You Inspect 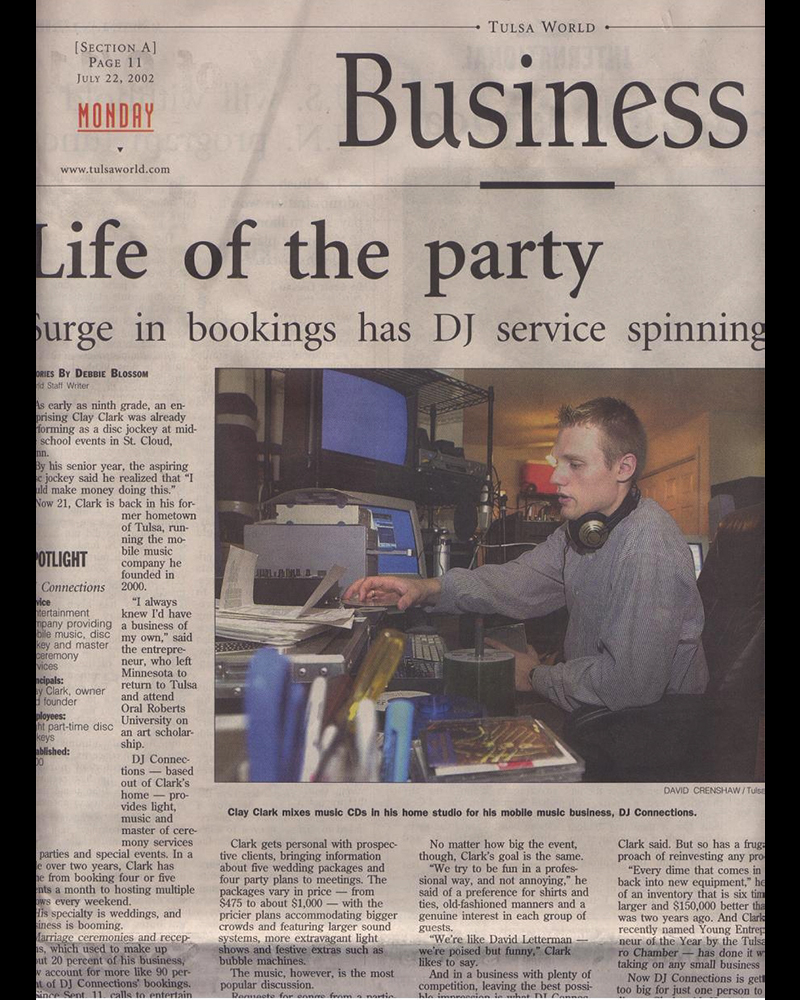 Steve: My business coach and mentor taught me that employees expect what you inspect. And so, if there’s no way for you to measure or for you to inspect their work, then … “Did you make a hundred calls today?” “Yeah, uh-huh. Yeah, sure did.” “Well, so we have a phone system that I can hit ‘enter’ and pull someone’s calls and I can listen to a call, I can tell you how many outbound calls they made, how many incoming they made” –

Clay: Can you tell me an awkward moment recently where maybe you looked at the call log and you discovered that a different thing was happening than maybe the call rep was saying was happening?

Steve: Yeah, and that’s how I measure it. I have someone submit their numbers. Here’s their call sheet of what they say, ’cause it’s an integrity thing. “You had a hundred. How many did you make?” So they put on there, “I made a hundred and two”. And if I go pull the report and they actually made a hundred and twenty … This happened today, what do you think of that business coach.

Clay: Made more than they said.

Steve: But if I pull it and it says they made sixty, then it’s problem. So the question then becomes “Why did you fill out a call sheet that said you made a hundred calls, when you only made sixty?” is what I would ask myself and you would as well as a business coach.

Clay: Now the next move, Thrivers, is you have to have a kick and a hug for every position. A kick and a hug. A carrot and a stick. You have to some sort of bonus, “Hey you’re doing a great job. You earned this”. “Hey, you’re doing a bad job, this is what happens”. There has to be a consequence ’cause in life, there’s a consequence, but in business sometimes we create these sort of socialist hockey teams. “Socialist hockey teams? What are you talking about?” My son played hockey and I remember I went to one of the games and I’m like “Hey, how are we doing here?” I’m watching the parents, I’m going, “Hey, there’s a game playing before my son’s game”. And I said, “Are you guys winning? What’s the score?”

And the guy says, “Oh we don’t keep score. The kids are six, we don’t want to hurt their feelings.”

Clay: “We all win. It’s more about participation”. You want to make sure you have a kick and a huge otherwise people are gonna drift. And if you don’t believe, then maybe you’re a socialist. But it’s incredibly boring to watch your kids play sports like this. Stay tuned business coach trainees. Thrive Time Show. We’re gonna teach you everything you’ve ever needed to know about running a call center. Kaboom.

All right Thrive nation. Welcome back to the Thrive Time Show on your radio. And I’m telling you what many people out there … According to Forbes, 57% of you out there want to start a business. And if you ever wanted to start a business, I’ve got two pieces of good information for you. One, we have our in person Thrive Time workshops. And because of some of the venture capital partners that we work with, it’s now available on a scholarship plan as well as a satisfaction guarantee. So this past one we had, it’s 100% full, everybody’s there. It’s packed out. But everybody’s also coming there knowing, “Hey. There’s 100% satisfaction guarantee. And oh, by the way, if you can’t afford the ticket price, you can attend these things for free.”

You say, “For free?” So I mean, it’s a deal where we want to give you a hand up and not a handout. So there’s some certain qualifying questions I have to ask to see if you’re the right fit. But there’s nobody listening … If you have ten dollars in your pocket, or you have the full ticket price, we want to help you out. It’s so rare that you have an organization where a guy like Dr. Zoellner is 100% behind you, in favor of you. He’s doing whatever he can do to help you have success in the world of business. And I encourage you to check it out.

Also, you can text us now at 918-851-6920. And any business question you ask, we’re gonna answer. And when I say “we”, we’re gonna have great guests on like Steve Currington. Steve, for people who do not know who you are, can you kind of explain who you are and what you do professional speaking?

Steve: I am stevecurrington.com and I do home loans.

Steve: I do the mortgage.

Steve: No, I’m just kidding. That’s the joke. It’s like, “Is that your dad’s?” “Yeah huh. Yup. It is.” You gotta close a lot. Here’s the thing. I like that you say “motivation” because people are like “Well man, I can’t believe that. How do you afford that?” I don’t. I just go get it. You just gotta go figure it out, right? Hey, there’s a lot of people that maybe don’t have one and a lot of people that’ll never go do that, even regardless of the amount of money. Maybe even if you had the money –

Clay: Dr. Z our resident business coach drives the Porsche. He drives the Porsche. He also has the land rover. He doesn’t talk about his vehicles. But he owns an auto-auction where he sees cars … You know that one of Oprah’s cars was actually sold at his auto-auction? True story. One of Oprah’s Bentley’s came through there. He likes cars. He’s a car guy. So I think secretly, he’s excited about your recent car purchase.

Clay: And so we have a Thriver that text us. They said, “So what’s the best way to keep your sales team motivated while they make cold calls?” And we told them 1. You have to have a quota, okay? A set number you hold your team accountable to. 2. You have to provide them mentorship. They have to actually know that you care. 3. You have to have either a whiteboard or a spreadsheet; someway that you track the numbers because people know that you only measure what you treasure. They know that they’re only gonna respect, as you said, what you inspect. Now, moving to number four, is you have to have a kick and a hug, which means there has to be some sort of bonus, some sort of carrot and stick. I mean, bottom line, nobody out there including you, the Thriver, and me … “What? I thought you cared?” No. I do not care about anything … Work with me on this.

In the world of business, I care about nothing that is not a win-win. So, as an example, a member of our team … Justin, maybe you can relate to this. A member of our team came up to me at thrive15.com. They said, “Hey, we should recycle”. And I said, “We probably should. We should probably reduce carbon emissions, there’s a whole lot of things we should do.”

Clay: Yeah, yeah. But the thing is, I have a busy schedule as a business coach. So if you wanna own the concept of doing that, then that’s okay. You can do that. If you do it, then that’s great. But here’s the thing. If you start the recycling program, everyday you don’t do it, I’m gonna deduct from your cheque, you know, fifty dollars a day. Because I don’t want to start something that doesn’t get done. So everyday you don’t do the jobs, the tasks, I’m just gonna take fifty dollars out of your cheque, no stress. And the person goes, “I don’t know if I want to do it now”. “Well, so you wanted to do it, but when you had to be consistent, you didn’t want to do it.” “I want to be consistent!” “Okay, then you’ll never pay a fifty dollar fine because you’re gonna do it everyday, right?” “Well I-” And I said “See, that’s what having a business is like. You don’t understand diligence. Diligence is the steady application of effort.”

Every day I wake up and I think about Elephant in the Room, can be be top in Google? I’m telling you, it’s on my daily check-list, everyday. What do I need to do to be top in Google for Elephant in the Room? That’s on my list. Why? Because it’s something that benefits me, it’s a business I’m involved in, I do the same thing with Thrive, I do the same thing with Steve Currington at Total Lending Concepts. I think about, “What can we do today to make it the best?” I don’t want to be a part of losing. You know how stressful it is to have a consulting client or something you work with or a partner or a business you’re involved in, that’s not winning? For me, as an alpha business coach who wants to perform, it doesn’t work.