Transcribed for the business coach program at Thrive15.com 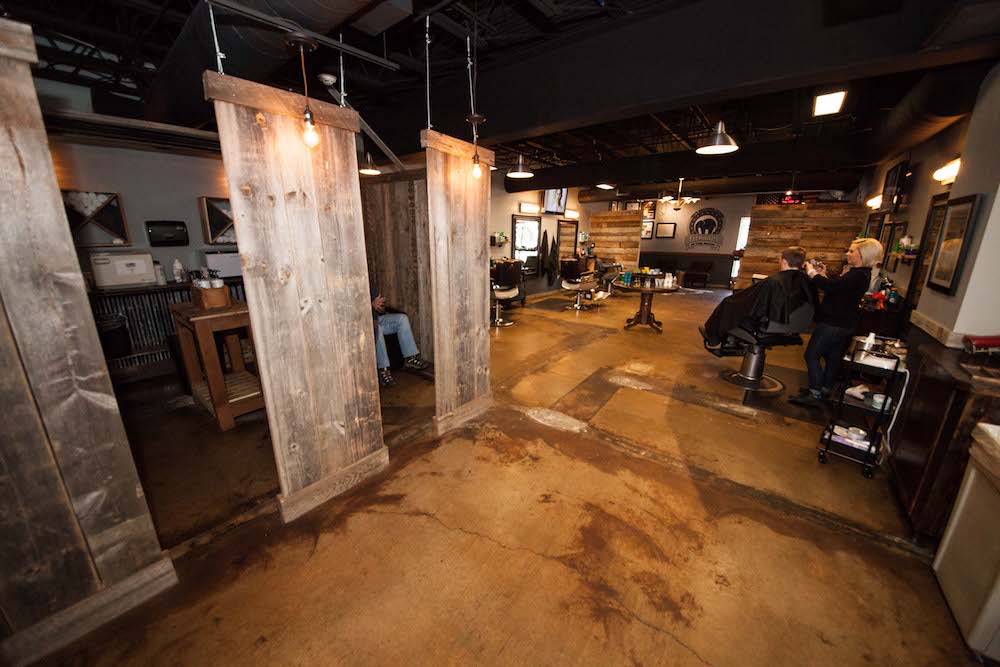 Robert Redmond – Business coach: So, there’s a few different things. I think one of the first things I see the most consistently is that people try to do too much and they try to tackle too much at once, which doesn’t allow them to actually get one single thing done. They’re running around, their hair’s on fire, trying to tackle everything at once, and then they don’t really make any significant progress because they’re trying to do just a little bit of everything. Another thing I see, and we just talked about this recently on the radio show, but what doesn’t get scheduled, won’t get done. A lot …

Clay Clark: This is huge. You said two things. I don’t want to rush through these.

Clay Clark – founder of the business coach program and head business coach: So, you said struggling to get things done, they want to get everything done at one time. I would say that a big task I had to learn was how to take a big idea and break it into small steps.

Clay Clark: Because … This is deeper than you wanted to go, Thrivers, but I’m going to give it to you. Dissonance is a psychological term that refers to when you’re … what you say you believe is different from what you’re doing, when your actions don’t correspond with your espoused values. So, you start to feel guilty because you’re like, “I said I was going to definitely run a mile every morning.” But then you didn’t, so now, you’re like, “I’m an idiot.” Because you’re lying to yourself which makes you feel like an idiot. Now, when you make a commitment, “I’m going to run five blocks today,” and you do that, and then you feel energized. You say, “I have confidence, I’m going to run six tomorrow. I’ll run seven next week.” Over time, you build confidence.

So, confidence is when you make a promise to yourself and you keep that promise and you do it, therefore you become a confident person. But if you make a commitment to yourself that you don’t honor, you start to … you kind of feel like you’re being dishonest with yourself and that is not a fun feeling to have. So, if you’re struggling to break your big goals down into small action items, when we come back, we’re going to talk more about executing. And I want to deep into the cranium of Mel because you’re starting your own business and I know you probably have tons of dreams, aspirations, things you want to get done. It’s kind of like, “Oh, my gosh, where do I start. There are so many things I want to do, how do I break it down into the small steps?” Stay tuned, ThrivetimeShow.com.

Okay, [inaudible 00:31:32] Ryan Tedder, one of Oklahoma’s living treasure’s here. He’s the songwriter, the lyricist for OneRepublic. He also writes for Beyonce, he writes for Adele, he writes for Bono, he writes for Jennifer Lopez, he wrote for [Jacky Velasquez 00:31:46], he writes for Grammy award winning artists. And I’m just telling you what, he says, “Lately, I’ve been, I’ve been … ” think about that, he says, “Lately I’ve been dreaming,” he’s talking about dreaming, okay? And then he says, “One day,” you know, he’s going to be chasing, he’s going to be basically counting stars, no more counting dollars. What he’s talking about in that song, “Counting Stars” is that he has big dreams and one day, once those dreams come into fruition, he won’t be chasing dollars anymore because he’ll just be enjoying life. And that’s what’s today’s show is all about. And we’re answering the questions that you have, Thrivers.

And one of the Thrivers asked this question, he says, “Hey, how do I know what to look for when I hire people?” And we said, well you got to look for the four E’s. Jack Welch, the number one CEO of all time says, “You’ve got to look for the four E’s. People that can bring energy to work, people that can energize others, people who can get stuff done, and people who have edge.” So, it’s energy, energize, it’s execute, and it’s edge. We’re talking about execute, and Robert, you had said people struggle to get stuff done because one, they struggle to kind of break their big idea into the small steps, you know.

Robert Redmond: They have a hard time scheduling what needs to be done. They think they can just stay on top of it, they’ll put it in their head, “Oh, yeah. I’ll remember that later.” Life happens, burning fires come up, and then the thing never ends up getting done, which causes them to lose energy and lose confidence.

Clay Clark: Havana, could you grab the clipboard off of the bar of awesome, there real quick, there? I’m going to have my daughter … she’s on the show. She’s inside the box that rocks, today. I’m going to have her grab the clipboard so I can give you some specific examples from my current to do list, that kind of thing. But Mel, you’re out there starting a business. This is Melena Wright, she’s the founder of Melena Wright Photography, an upcoming photography company. Talk to me about … What have been some of the struggles you’ve run into as you’re trying to turn your big idea, to turn your big photography visions into reality?

Melena Wright: It’s totally balancing my time with all the things I have to do, like the sales and the marketing, branding, setting appointments, following up, the photo shoots, the editing, everything that’s involved all by myself. And I definitely am just bouncing all over the place every day. And like one day, I have all these things I need to do and I’m like, “Well, I didn’t do most of that, so I guess I’ll do it tomorrow.” You know, just all that stuff, and I’m like, “Oh … ”

Clay Clark: Well, I’m going to share my business coach to do list with you so you feel less bad, okay? So, here we go. The Elephant in the Room, if you look on here, I’m working on these agreements. We have members of our team who want to buy into our next store. And so, my whole thing is like, we are making copious amounts of money, we are doing well. And so the employees, I want them to do well. Like I want my teammates to feel like I … because here’s the deal. I couldn’t do what I do without them, and they couldn’t do what they do without me. A lot of these people used to work at other hair salons, other businesses, and they’re going, “I’m making a lot more money now because of you,” but I’m going, “Yeah, but I’m able to make more money because of you.” So, I want to reward them, I want to find a way to engage them.

So, I’m working on these employee as as business coach … It’s an employee buy in agreement. So, each member of our team can buy 1% of the profit for the duration of their employ, the time they work with us for $3,000. And so, I’m working on an agreement. Well, I highlighted it yellow, and you’ll see all these ones are yellow. These are all deep dives. So, these are things I have to do that require thinking, and I don’t … everything that’s white, that’s also a deep dive. That means those are things that require me to think during my … I call it meta time from the Greek meaning above. “Do you love the Greek?” No, but they were kind of the … some of the smartest people at the dawn of the intelligent planet where people started to think and organize their thoughts and become a modernized society, okay? But the thing about meta time is you got to schedule a time to work above the reactive stuff and to get into the proactive stuff.

So, one of the things on my list, one of our clients is called SSB, spirit, soul, and body, I’ve got to make their search engine campaign. And there’s like, I think there’s 14 variables on the checklist I have to factor in. I can’t think about 14 variables. I’m going like, I got a lot of stuff going on, so I got to deal with that, you know. Then we’ve got the Sierra Pools and Spas. These guys, I’m running their search engine plan. And then there’s Pride Soccer, I’ve got to write theirs, and then Robert, I think my wife has to pay your dad 2,000 bucks, you know we got to … unbelievable, he wants to be paid for the work he does. What’s his deal? And then I’ve got to let somebody know … I mean, these are things … I’ve got to, right here, I’ve got finish editing the Boom book, I’ve got a list of the recording calls from Eric Chup, I’ve got to fix the back tires of my Hummer, which has currently been parked on my lawn for I think seven months at this point, six months, I haven’t moved it at all because I haven’t had time to do that. And so, I just look at this and I’m like, “Man, these are some things I got to do.”

So, I have to schedule a time for those, and so I typically do anything that requires deep thought between 3:00 a.m. and 8:00 a.m., but the problem is now I’m scheduling my workout starting on Monday at 4:00 a.m. So, I got a 4:00 so I had to get the shower working there in Matt’s office. And so, from 4:00 a.m. to 5:00, I’ve got to do that. So now … anyway, long story short is my weekend mornings before the kids wake up from 3:00 a.m. to 9:00 are the only times I have to do those things. So all week, anything that’s deep, I’m like, “I’ll deal with it on Saturday.” I just keep piling up that list and then Saturday and Sunday before the kids wake up, that’s when I’m going to do it. So, I would just encourage you to think about the tasks you have to do and next to them, I would write when you’re going to do it. You know what I mean? And then lik how long it’s going to take to do it. As a business coach I know what it takes.

Clay Clark: So this employee agreement, I might be mildly retarded, but as an example, it will take me about four hours to fully digest that employee agreement to make sure nothing is spelled wrong, it’s legally correct, about four hours. And when do I have four hours? Never. During the work day, so I have to do it between 3:00 a.m. and 7:00. So it’s just kind of those things, Robert. Does that make sense, Robert?

Robert Redmond: That makes total sense, and something I notice that you said is you don’t want to make it seem like you’re a retard, but you’re going to block out four hours.

Call Thrive15.com for more information about the business coach program.