Business Coach You Should Be Having Fun 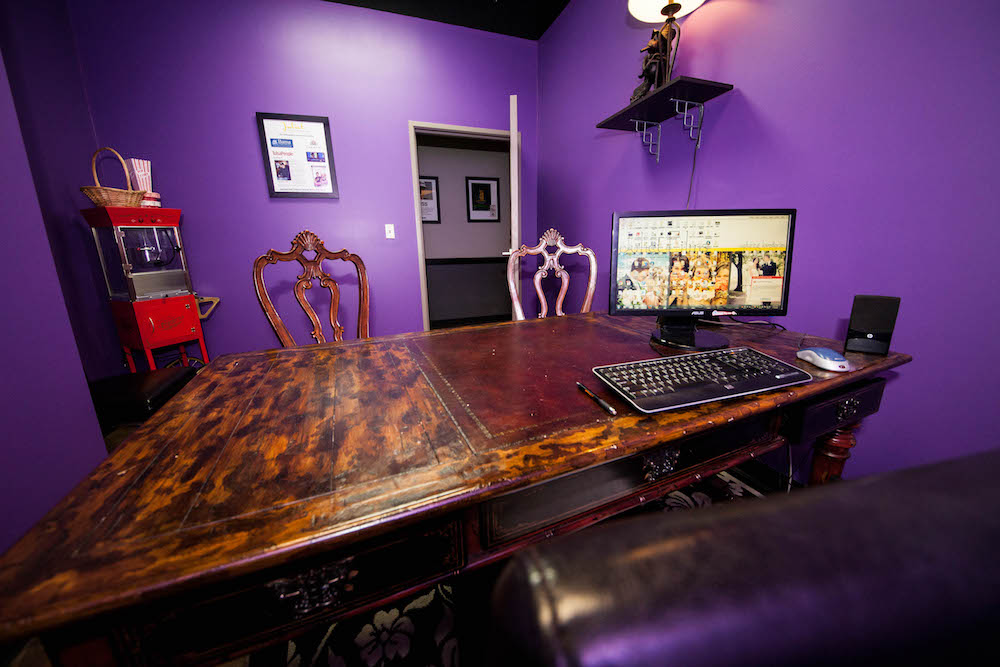 Robert Z: No, but you just came back from a wonderful trip down to Florida.

Robert Z: With the family. so you stopped being a business coach for a few days?  What did they have?

Clay: Wave runners and such.

Robert Z: Wave runners in the ocean. You put on sunscreen this time so you didn’t come back like a little lobster.

Robert Z: You were smiling and laughing, having a good time.

Clay: Day five, had a little bit of a panic attack. Day six, felt ready and my wife and I looked and you and I’m like, it’s time to head back. I can say that I had fun during 2/7 of my trip. It was so stressful for me. I did feel good 2/7 of the time. I’m getting better. Baby steps. Baby steps.

Robert Z: Like you said, you can’t expect to be something for two hours if you can’t do it for five minutes day one. You have to baby step your way into it. You have to exercise that muscle. That’s a great word as far as delaying your gratification. I think that’s one of the key things, and one of the things I write about in my business  coach book.

Clay: When we come back, we’re going to talk about even more about how to work on your business. Stay tuned. Thrivetimeshow.com.

You’re doing that noon hour of power. You’re listening to the Thrive Time Show on your radio. I’m telling you what you could be out Oklahoma Joe’s enjoying your baked beans. You could be at Region Bank enjoying the scenery of that beautiful bank lobby. You could be anywhere right now, but you’ve chosen to be here with us to learn how to start or grow a successful company. We could not be any more honored than to be here with you today. I’m telling you what, we value your time. We value you as a listener.

I have a funny audio clip, but today’s show is all about how to find the time to work on your business and not just in your business. Here’s the audio clip. Okay, I’m going to cue it up in just a second. We’ve all been to a speaking event where the speaker didn’t prepare for the speech. Speaking of it recently in Florida. The guy got up to speak before me, you could tell he prepared. He got up there. He puts on a laser show. Every joke was on point. He nailed it. People applauded. Everyone went, fine job. Great job. Yeah.

The woman who went before him, it was an absolute disaster.

Clay: She said this, I’ve been really busy. I didn’t get a chance to prepare for my talk. I’ve got a lot of stuff going on with the family. We know. It was a train wreck.

Clay: The other day, Micheal Jordan got up and spoke at North Carolina. He was talking about his investment in the football team. His desire to grow the program. It was an off the cuff speech. Micheal Jordan is known for preparing so much as a player. The hours he spent in the gym. The stories are legendary. People would show up to practice, and he’d already been there for two hours.

Robert Z: Wait a second, he’s at a basketball game talking about the football team.

Clay: What happened is his brand is called the Jordan brand, which is a part of Nike. That he is now owner of. The guy makes about 100 million dollars a year passively through this brand. He teamed up with North Carolina football. He renewed a contract that now allows North Carolina to make a significant amount of money to allow them to have these great uniforms. He went to the basketball game.

Clay: Yeah, the college team. He went to the college game and he spoke there. You can find it on YouTube if you Google Micheal Jordan returns to North Carolina campus insiders. You can find this. I’m going to play the audio clip.

Clay: Need an impromptu speech, and what he said here. You just tell me if this makes sense. See you’re kind of a word smith. You’re sort of a guy who appreciates literature. You tell me what he meant by this.

Micheal Jordan: I wish you guys nothing but best. The ceiling is the roof. Let’s make it happen. Let’s keep moving forward.

Clay: The ceiling is the roof.

Clay: Let me repeat it back, you might have missed it here. He says he’s going to play it back because this is Micheal Jordan. He’s talking to a crowd to an impromptu speech, which I would encourage everybody to be very careful about doing. Here we go. Here we go.

Micheal Jordan: I wish you guys nothing but best. The ceiling is the roof. Let’s make it happen. Let’s keep moving forward.

Clay: The ceiling is the roof.

Tim: That deeply moves me.

Robert Z: I don’t think that’s what he meant.

Robert Z: The ceiling technically is the roof. For most.

Clay: In the game of basketball, he was known for preparing at such a level that during the game there would be situations where he had already planned out how the game would happen. He prepared so much it almost wasn’t fair. He’d almost chosen the plays ahead of the other team. His preparation, his physical fitness was next level. He’s had some struggles like in the basketball executive game. He’s sort of known for not being the best executive in the world. The internet went crazy yet again because he continues to give these speeches that don’t make sense. It’s got to be a lack of preparation. I mean he doesn’t have any piece of paper in front of him. He says again, let the roof be our ceiling. Is that what he said?

Robert Z: No, the ceiling is our roof.

Clay: I mean I’m going to play that again.

Robert Z: I wish you guys the best. Our ceiling is our roof.

Micheal Jordan: I wish you guys nothing but best.

Clay: I wish you guys nothing but best first off. Okay.

Micheal Jordan: The ceiling is the roof. Let’s make it …

Clay: The ceiling is the roof and he goes with it. People are like, yeah! Yeah.

Clay: It’s just kind of thing where you’re like, okay. Again, they’re having so much fun with it on ESPN different stations the ceiling is the roof.

Clay: I’ll tell you this, when you don’t prepare though. It’s obvious. In our noncompete agreement, I read it this morning. I’m reading and I’m like, I’ve got a glaring spelling error on that. I’ve got a spelling error, I’ve got some issues. I’m going through it, making it the best it can be. I’m telling you what, because I don’t have … I’ve got to prepare. It’s not ready to be shown to the team yet. It’s obvious that I haven’t worked enough on it if I were to send it out to the team today.

Z, talk to me. What advice do you have for the entrepreneur. You’re sitting across the coffee table from a person one on one talking to him and her. I don’t have time right now to prepare my three legged marketing stool. I’m very busy. I’m a chiropractor. I’m a dermatologist. You don’t understand, I’m dealing with the epidermis all day. Don’t have time to make a three legged marketing stool.

Robert Z: Take that latte and pour it on. No, I would look at them and I would say, you don’t have not to. Here’s the thing, in our two day in person workshop one of the premiere workshops in the world for business. One of the things we teach you is how to get things done. Another words, how to schedule your time. Because you own your day. That day is yours. That’s yours. Nobody else’s. You have to schedule things to get things done. If you don’t schedule them. They will not magically … Like Tim Redman magically appears. I got a feeling it was probably scheduled.

Robert Z: I mean. I got a feeling that was probably on his schedule.

Tim: When I appeared it was magical though wasn’t it?

Clay: It was amazing.

Robert Z: You have to be proactive and you have to schedule what you want to get done.

Tim: Intentionality is that wakes us up. That puts dance in our steps. That puts the roof on the ceiling.

Contact Thriver15.com for information about our business coach program.