Clay Clark: Now the next notable quotable from Lee is, “Surround yourself with great people.” Now that’s the thing where it sounds super mean, but I’m just telling you this. I don’t like being around most people because they have these turtle problems. When we get back I’m going to talk about this turtle problem thing, but there are giraffe problems and turtle problems, and T.D. Jakes discusses this, but basically you need a business coach to grow your business. 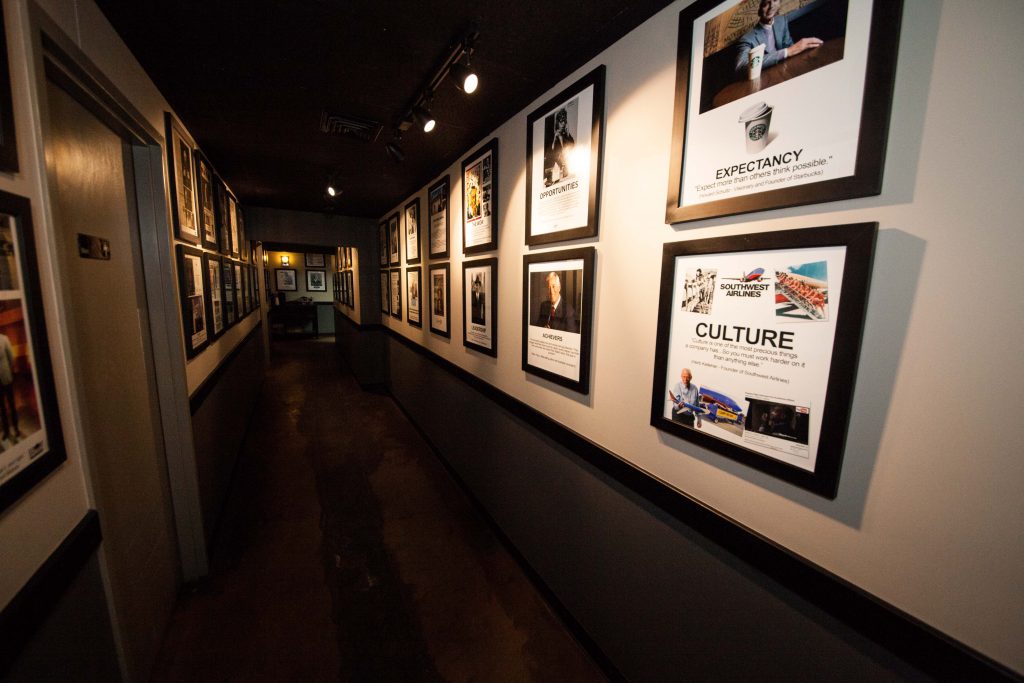 Clay Clark: No, you just want to make sure you’re not spending your day dealing with dumb things over, and over, and over that are usually a result of surrounding yourself with people who are choosing to be dumb all the time. Stay tuned. Thrive Time Show.

Robert Zoeller: I like turtles with my business coach.

Clay Clark: All right, Thrive Nation. Welcome back into the conversation. Inside the box that rocks today, we have a guy on the show today in Jason Bailey, the owner of DJ Connection, who actually owns something that many, many of you have wanted to own since the eighties. Oh, yes. He has a DeLorean.

Clay Clark: And we’re talking about how you have to make your big goals if you want to turn them into reality. Specifically, you have to sit down, step number one of the entrepreneurship cycles. You have to define what you want. Jason, when did you put it on paper that you will own that DeLorean?

Jason Bailey: So we talked earlier about all the threatening things that happened to me. Write down your five-year goals.

Jason Bailey: That’s right. So one of my five-year goals when I was 25, I was like, “All right. You know what? Screw you, Clay. I’m going to write down some crazy stuff.”

Clay Clark: Oh, yeah. There it is. [crosstalk 00:24:00]. Now here’s the deal. Here’s the deal, thrivers. Here’s the deal. Here’s the situation. We talked about it before the break. You have to define what you want your life to be like, and then Lee Cockerell is saying … This is the guy who managed Walt Disney World. He says you have to surround yourself with great people. And I just said something that I know irritates probably 95% of you. I said I don’t like being around most people, which sounds like, “Do you not like any humans?”

Vanessa Clark: Why are you so mean?

Clay Clark: What’s wrong with you? But work with me. T.D. Jakes explains this story. He says, As a giraffe, you see things from a certain perspective. You see the sky. You see the trees. That’s your reality because that’s where you are at in life at that point.” He says, “But a turtle also sees the same reality. They see their reality, but they’re on the ground. They see bugs, insects, giraffe poop,” and so back in the day with DJ business when Jason are working together over there, this is how a typical Monday morning would be until I decided to fire the idiots. This is how it would go. I’m going back in time. Here we go. Jason we’ll role play, okay?

Clay Clark: So here we go. I’m changing the names so that we protect the identity of our business coach.

Vanessa Clark: But you know who you are.

Jason Bailey: Got you. Okay. Yeah.

Vanessa Clark: So a meeting start at eight o’clock on Monday.

Jason Bailey: It’s me and you. Where’s the other 12 people?

Clay Clark: Do you know where Bobby is?

Jason Bailey: One of them’s downstairs, but I don’t know where they-

Jason Bailey: Don’t you just live a half a mile away? It’s fine. It’s fine.

Clay Clark: Did you sleep in that shirt, bro?

Bro, I did. It was a epic, epic wedding last night, man. I tell you what, got some great stories to tell you, bro.

Jason Bailey: Yeah, I’ll text him and see what’s going on. He’s not responding back here. I don’t know.

Clay Clark: You got a text from him. You got a-

Clay Clark: What does it say?

Jason Bailey: Okay. It looks like he just woke up, and looks like … Just go on and go ahead without him, he said. He just get the Cliff Notes from us.

Vanessa Clark: Do you just need me to go drive to what’s-his-name’s house and go wake him up like I usually do?

Clay Clark: Yeah. Vanessa, could you go pick that person up at his house, whoever that person is?

Vanessa Clark: Okay. I usually do, so let me go do that.

Clay Clark: Hey, bro. Since we’re not really getting started yet, I’m going to go back downstairs, bro, get something to drink.

Jason Bailey: [crosstalk 00:26:23]. Well, everybody just left for QuikTrip, so I guess we can wait another-

Clay Clark: This is what would happen every Monday, and so here’s the deal. I’m not exaggerating.

Vanessa Clark: This is true.

Clay Clark: [crosstalk 00:26:31] My wife would come back, and she would go, “The guy who does our sales … I walked in, and there’s a half-clothed Asian girl there, and I’m not really sure what that was.”

Vanessa Clark: Because I’d been sent to his house to go pick him up and wake him up because, typically, he needed me to physically wake him up.

Clay Clark: We had to knock on the door. We had to wake him up.

Clay Clark: And then we had another guy who would constantly talk about how he got into a fight. He’d have something like a black eye or some kind of wound, some sort of injury, and we had people who were like, “Bro, my car got impounded. Could you help me get out …” This is how we would start every Monday-

Clay Clark: … because I did not ever want to put my quality of life first. So on the infamous December eve of whatever year it was, 2006 I think it was.

Jason Bailey: It was scary. It was a scary day.

Clay Clark: I basically fired everybody all at one time.

Jason Bailey: I called my wife. I’m like, “I don’t know what’s happening, but I think I’m going to get fired. I’m not for sure.”

Clay Clark: So this is what Lee Cockerell says. He says, “The quality of your life is directly impacted by who you choose to spend your time with.”

Speaker 5: Broadcasting live from the center of the universe. You’re listening to the Thrive Time Show.

Clay Clark: … and I’d somehow found that out, and so my move was that I would get on there and go, “Attention Target customers, man we’ve got a man. We’ve got a man. There’s a man right over there. Right there. Yep. Right there. There. Yep. Okay. No. Just right over there. There.” And then I would do that kind of thing just, “There he is. There. Don’t move. Sir. Don’t … Sir.” And then I would hang up, and they wouldn’t know who said it. “Clay, did you-“

Jason Bailey: I was just as shocked as my business coach

Robert Zoeller: That was funny, but I have no part.

Clay Clark: So I kept just announcing things like, “Folks, if you have a vehicle … It’s a four-door vehicle. It’s out front. We have a concern.” Just that stuff, and it was just like … I thought it was hilarious, and I knew he wouldn’t fire me, so over time, he’d be like, “Guys, we have somebody who is eating the pretzels, who is making announcements, and who is-“

Clay Clark: Yeah, and I was always like, “This guys the weakest manager in the world.” It was like the substitute teacher move.

Clay Clark: You know where you just-

Vanessa Clark: You just run over those people.

Jason Bailey: He has zero power.

Jason Bailey: Is this the official public apology?

Clay Clark: Yeah, this is the official public apology for me and my business coach.

Robert Zoeller: Is any fiscal reimbursement going to happen now?

Clay Clark: Yeah. It’s probably about $18,000 of pretzels that’s owed to the guy. I was pounding them pretty heavily at that time.

Clay Clark: Yeah, I mean, back in the day, they were like four for a dollar. Now they’re like $4 apiece. It’s in times if I tried to pay that guy back.

Robert Zoeller: Before we get on the pretzel talk with Target, you had asked me a profound question, and that is when you find yourself with a bunch of these idiots working for you, or at least some idiots-

Robert Zoeller: … and you’ll have at least one that’s an idiot working for you, what do you do about it? And when we come back from the break, I’m going to break it down like fractions, and you’re going to know beyond the shadow of a doubt what to do.

Clay Clark: Bro, I’m going to get out that linoleum, that boom box, and I’m going to just throw that down with a business coach.

Clay Clark: I’m getting ready to break it down here. I got the old Converse shoes on, splash painted denim jacket.

Robert Zoeller: Party time in the box with our business coach.