Clay Clark: I mean, next thing you know … I’m kind of joking about it, but seriously, different presidents will come in and change rules, and, all of the sudden, as an optometrist, there’s new medical rules you have to adhere to, new ways you can do things with your business coach. 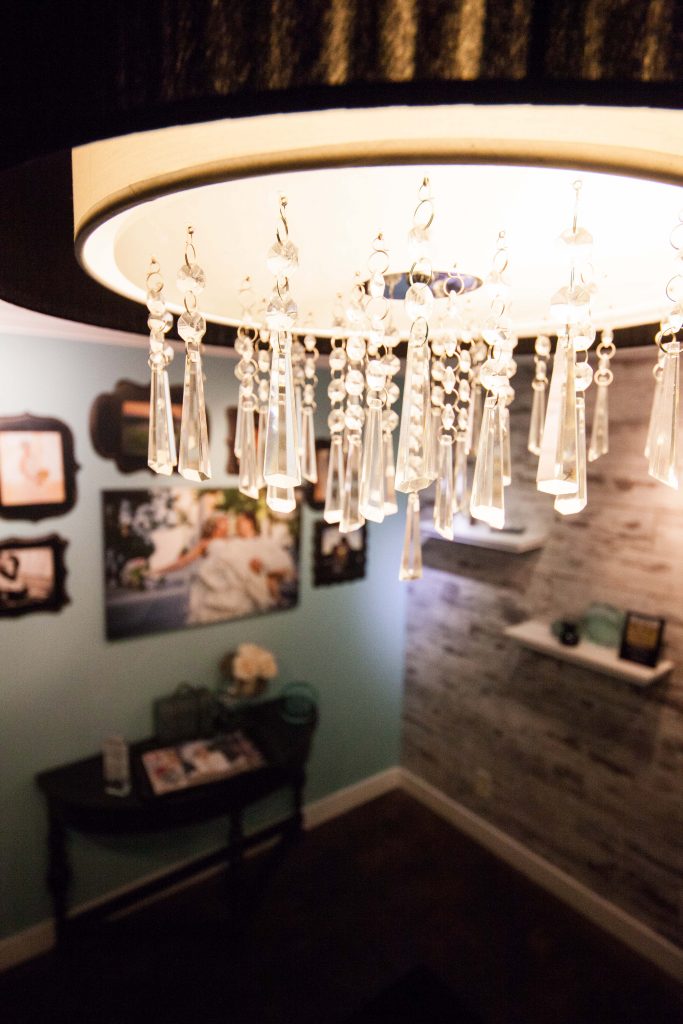 Clay Clark: The field’s changing. Now I want to get Vanessa’s take on this. Vanessa, you talk about defining where you want to be as an entrepreneur or entrepreneur’s family, or … Talk to us about that.

Vanessa Clark: Well, it’s so great, but it also took me back to … We did this early on. It was probably from a book you read or a mentor that you talked to, and I remember just like Z said, it cracks me up. It changed so much. You know, the goal back in the day was total world domination through six DJ systems. That was revolutionary for us to think, “We are going to have six DJ systems, and that was the end-all-be-all, and it just, like Z said-

Vanessa Clark: … by March … And as we started to go along that route, it changed along the way.

Speaker 5: Broadcasting live from the center of the universe. You’re listening to the Thrive Time Show with the best business coach.

Clay Clark: All right. Now Jason Bailey, he’s kind of like the czar of wedding DJs, so if you’re listening right now, and you’re looking for a DJ for your wedding, you’ve probably already booked somebody. It’s okay to tell them you’re canceling, and you’re going to use DJ Connection for your DJ’s and Thrive15 for your business coach.

Clay Clark: … they’re the most humble. They’re the best. He’s the owner of DJ Connection. Jason, talk to us about, in your mind, why is it so important, as a business owner, to define the end that you’re trying to get to.

Jason Bailey: I think there’s two reasons. Number one is, I don’t think you want to build something that you hate. If you don’t have an end-all game, it’s going to become this big monster that’s going to just take over, and then … That’s right.

Jason Bailey: Yeah, it’s exactly right, and so you get three or four years down the road, and you’re like, “What have I built? This is not what I wanted from the beginning.” So if you set that goal … And then the second thing it does is if you have employees, it gives them a vision of where the company’s going so everybody can get behind you, kind of on one page.

Clay Clark: Now, if somebody’s listening right now, Z, and they’re thinking to themselves, they’re going, “Look, I want to take the time to make out a schedule. I want to do that. I want to make out an ideal game plan. I want to go ahead and make that marketing calendar or write down my vision for my company. I want to be a strategic planner.”

Clay Clark: “But you don’t understand, why you need a business coach. I get so many emails, so many text messages, so many Facebook updates. I got a guy who’s writing some bad comments on LinkedIn right now. I can’t possibly stop because I have developed this thing called monkey brain, where I just can’t stop responding to all the inputs, all the data points there.” What advice would you have for the entrepreneur who feels overwhelmed and just doesn’t feel like they can ever get on top it?

Robert Zoeller: Well, I tell what we do at our in-person workshops. We have dedicated a significant portion of the time to teaching you how to do time management because that’s what it’s really all about. I mean, it’s your time. It’s your day. It’s your hours. Are you going to let somebody else tell you what to do? As an entrepreneur, you’re supposed to be telling yourself what to do during that time. So getting control of that, putting in stops, and putting in controls on that is very important, and so one of the things that we’re very proud to teach you. We you that on thrive15.com. We actually incorporated Lee Cockerell’s system into it. Who’s Lee Cockerell? Why he just managed a little thing called Walt Disney World. What’s that?

Clay Clark: Never heard of that.

Robert Zoeller: 40,000 employees that he managed on a day-to-day basis, and how did he do it? Well, he did it because of time management and a business coach, and so it’s something you’ve got to get your head wrapped around. We hear it all the time from entrepreneurs. “I don’t have the time. I would do that, but I don’t have time to get that done.” So time management’s very important.

Clay Clark: I want to kind of break this down because I know a lot of people feel overwhelmed with their time, so I want to ask you, Z, and I want to ask you, Jason, and I also want to get your feedback, Vanessa, about this. For the entrepreneurs out there who say, “I don’t have time to get everything done in my day. I don’t have time to be proactive about my schedule,” Z, what are some things that you do on a daily basis as relates to managing your time that you think most people probably don’t do that? It’s a move that you do. It’s a unique move to you. What is a move that you do that a lot of people aren’t doing?

Robert Zoeller: Well, every morning I spend … I’m very purposeful in spending some time without my phone on, disconnected from the world, if you will, and I gather my thoughts. I’m a mapping out my day. I’m being purposeful in what I need to get done for that day. I’m reviewing it, and so I kind of have what I would call a … it’s kind of a quiet time for me in the morning just to kind of reset everything and make sure I’m focused for the day and what I need to do for that day. That’s one of the things, one of the little moves I do in the morning.

Clay Clark: And it was weird because you were standing on your head, so I was trying to figure out, should I also stand on my head [crosstalk 00:11:37] so you can see me properly? So I stand on my head, and I’m like, “Psst. Z,” and then I realized that you didn’t want to be reached at that time, you know? But seriously, where do you do your quiet time? Where is this? Are you in the bath? [crosstalk 00:11:48]

Jason Bailey: Eat your Skittles while you are there?

Vanessa Clark: I really think we need to talk about the best quiet time we’ve ever witnessed was when we went to go interview Johnny G.

Clay Clark: This guy, he’s the inventor of the spin class movement, and so a lot of the video guys … We’re out there in Santa Barbara. We show up at this guy’s house, and he says he doesn’t refer to it as a house. It’s his dojo.

Vanessa Clark: Well, it was Dan McKenna, me, and I think another video guy, and we were going to swing by and pick up Clay in a little bit, so we’re alone, and we drive into what looks like this rain forest compound.

Vanessa Clark: And we open the car door, and there’s this, kind of like the music Clay was just playing, surrounding us, this music.

Clay Clark: I’m not exaggerating. This guy bought land that was just a beat up house in Santa Barbara, and he had a 20-year vision, so he planted bamboo around the perimeter of about a two-acre area, and then inside the bamboo, he plants palm trees, and inside that, he makes a path, and he has like six or seven dojos, and it plays music. It’s like … And so the guys are talking. They’re like, “Oh, man, this guy’s going to be a fun business coach to meet and fun to talk to.”

Vanessa Clark: And then we look up.

Clay Clark: We look up, and he’s in a yoga position.

Vanessa Clark: All in white, like the shirt of a business coach.

Clay Clark: All in white, like in these robes like he’s Spock. You know, the Star Trek where they found Spock’s business coach, and Spock’s hanging out in robes and stuff on his planet?

Clay Clark: Jason, did you see this?

Clay Clark: And the guys are like, “Should we engage in a conversation with him? Do we not and just let him be?”

Jason Bailey: He’s prepared to attack at any time.

Clay Clark: But he listens to these meta waves every morning, so when you … Not kidding. On his property, it’s like wo, wo, wo, wo, and that what he does every day, and he spends like an hour and a half planning out his schedule, Z.

Robert Zoeller: That sounds … I want to go hang out with this guy, number one.

Robert Zoeller: Number two, when we get back, I’m going to tell you the most important reason why you have to define.

Robert Zoeller: The most important … It’s a little secret sauce to being a great business coach.

Clay Clark: The secret sauce. [crosstalk 00:13:54] All right. Well, I’m going to get some Oklahoma Joe’s, and I’ll be back here in a few minutes, my friend. Thrivetimeshow.com. All right. Welcome back to the Thrive Show, the Thrive Time Show, easy for me to say the Thrive Time Show business school without the BS, and yes, my name is Clay Clark. I’m on the show with you, and as always, I like to bring my friends inside the box that rocks, and so today, we have the owner of DJ Connection, Jason Bailey. We have my incredible wife of 15 years, Mrs. Vanessa Clark, and we have the man, the myth, the legend. Really, there’s Yoda, but then you upgrade, and there’s Broda. We have Tulsa’s Broda. It’s Dr. Robert Zoellner. Sir, how are you mister business coach?