Clay Clark: Welcome back to the Thrive Time Show. It’s business and a business coach without the BS, and yes, my name is Clay Clark, SBA entrepreneur of the year here with you on your radio talking about how to start and grow a successful company. Specifically we’re talking about the four-step process of building a successful company, which is define. Then you want to act. Then you want to measure the results, and then you want to refine. And when we talk about measuring, one of the things when you measure is sometimes you realize, “Hey, listen. I’ve got to buck the status quo in order to get where I want to go,” and for some of you, that might be very hard without a business coach. Some of you might go, “I don’t ever want to upset somebody,” and so it’s hard for you. Somebody else listening, though, like myself, you might go, “I have never followed a rule in my life.” And so Vanessa has been married to me now for 15 years, and I, regrettably, decided to live in a neighborhood for a few years there, and there are some … You know, when you don’t follow the status quo, some crazy things can happen. 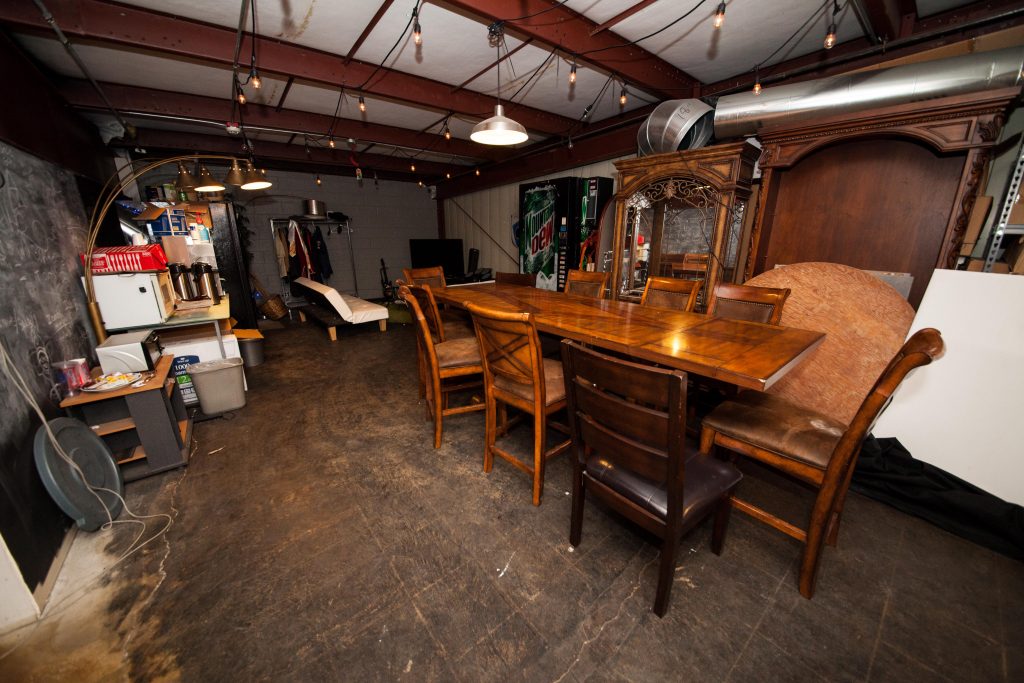 Vanessa Clark: No, it was Silverwood. So this was the first neighborhood that we moved into, and I am a rule follower. I make everyone happy, okay?

Vanessa Clark: Yeah. Everyone knows this. So no, we were brand new, right out of college, before I became a business coach, and we literally moved in there like right after graduation, so we were by far the youngest people in the neighborhood. Immediately, we planted like 20 trees in the backyard, we were on a third of an acre, so it wasn’t a huge backyard, but it’s a block, so no one can see what we’re doing back there, okay?

Clay Clark: And I made my privacy fence three feet taller than all the other fences.

Vanessa Clark: Yes. And we put a fence in the front, so we poured a slab that pulled around the back of our house, so we could have the drivers pull around back where people wouldn’t see, and we had a swinging big huge gate that would close behind them, so we could load up all the equipment. Well, naturally, neighbors over time started to wonder. There’s this really young couple there, I don’t know if anyone was a business coach. Cars are pulling in around back, painted up crazy cars at like midnight, one in the morning, two in the morning. I think they’re exchanging cash. What is going on? Are they drug dealers?

Clay Clark: And we usually had this kind of music playing while the guys were unloading.

Clay Clark: And it would be like at two in the morning they’re unloading from their shows, and this was before Jason owned the business, by the way, when all the bad things were happening.

Jason Bailey: You guys were burning parts of car seats, all kinds of things, for a business coach.

Vanessa Clark: We were a little bit restrained in our burning in this property.

Jason Bailey: Okay, in that neighborhood.

Vanessa Clark: Yeah. It wasn’t until we got to a little bit more land, and that’s when the city got involved.

Jason Bailey: The next property was where all the burning … Oh, sorry. I … Mistake.

Vanessa Clark: No, so anyways. Yeah, just wherever we went, we just weren’t a good fit because we were kind of doing our own thing, and so we got a lot of complaints from the homeowners’ association.

Clay Clark: Which didn’t bother me at all. It actually fueled me and motivated me.

Vanessa Clark: Yeah, and if fact, you just decided, well, I’m just going to be in charge of homeowner’s association. They will report to me.

Clay Clark: Jason, you do a pretty good impersonation of the emperor. Doesn’t he say like, “Let the hate flow through”? What does he say?

Jason Bailey: Oh, yeah. Let the hate flow through you.

Clay Clark: Yeah, for some reason, that was always a pep talk to me, and I’m like, “Oh, the more they hate me, I like it.”

Vanessa Clark: That’s what I was thinking when you were talking about reviews. I’m like, “Oh, you love reading hateful reviews.”

Clay Clark: Oh, pump me up.

Vanessa Clark: You’ll just … Yeah, it gets you going. I just stay away from it.

Clay Clark: So here’s the deal, thrivers. If you’re listening right now, though, and you are somebody who bucks the status quo naturally, this’ll probably be an easier step for you, but if not, you got to encourage yourself because Vanessa, sometimes, even when we followed all the rules, have we not had competitors that have attacked us?

Vanessa Clark: Oh, those are the ones that would hurt my soul. I started to realize that even when you try to do everything right, there’s still going to be people who say lies about you, who make things up, and that’s, I think, sometimes the most hurtful because you’re like, “This isn’t even true,” but you’ve got to just realize, you know what, that actually means you’re doing a really good job because you’re making some people mad, and guess what, those are your competitors. So you’re taking some of their market.

Clay Clark: I’m in the living room sharpening my sword getting excited about fighting my competitors, and then I walk into the restroom or walk into our old bathroom there, and Vanessa’s thinking, “Why would they say that?” Because she cares and is trying to figure out why they would say those things, and I don’t know. Z, what advice do you have for somebody who’s listening right now who just gets a little bit upset when the competition starts attacking them?

Robert Zoeller: Well, do you have the song queued up, the one you were going to queue up for me?

Robert Zoeller: Shake It Off.

Clay Clark: Oh, right. Let me get it going.

Clay Clark: Z – I am the best DJ and best business coach.

Vanessa Clark: I have thickened my skin for you.

Robert Zoeller: And the box that rocks for two DJs.

Jason Bailey: That’s why he’s not a DJ anymore for me.

Vanessa Clark: You could make it fun.

Clay Clark: This is from our good friends over there who … You know Steve Jobs? You ever heard of Steve Jobs? No, you’ve never heard of Steve Jobs? He would have been the best business coach. This is a little thought here. Steve Jobs is talking about Pixar, and he says, “Pixar started off as a company that sold special computers for doing digital animation. It took a while, and then they got into the movie-making business.” But think about this. Steve Jobs is just looking it going, “Hey, listen.” Pixar started off as a company that made these computerized animation tools. But then when George Lucas was going through a divorce and Steve got fired from Apple, a lot of people don’t know, Steve became the CEO of Pixar.

And so he’s like, “Guys, listen. I understand we used to make these animation machines. I realize that now we’re kind of dabbling into making movies. We’re going to be out of business unless we sell things that people want. We’ve got to make something.” So it was through his leadership that … I don’t know if you guys know this, but the movie Toy Story would have never been produced. It had been sitting there for years. They’d been working on it for half a decade. Nothing’s getting done, and he was like, “That’s it. We have to get a movie out.” And that was Steve Jobs who rammed that through, so if you’re listening right now, once you finally have measured, you’ve got to be aggressive, Z, about refining and maybe adjusting your business model, don’t you?

Robert Zoeller: Absolutely. I mean, you know, Steve Jobs … Another great example is Starbucks. I mean, it started off just selling beans and coffee equipment.