Business Coach Keep In Front of Your Clients and Prospects

So what happens is Justin had this idea to start a business and you my friend, also have had an idea to start a business. Justin had an idea for his business to be successful, and guess what? You also have had that idea. According to Forbes 57% of you want to start a successful business. Justin had this idea to be super successful, to open up one shop, two shop, three shops and four. Then he said four shops, five shops, six shops, more. He’s going to do it. Right now he’s opened up three shops, working on opening shop number four and five. They’re very profitable, very successful. Having a business coach was integral in our success. 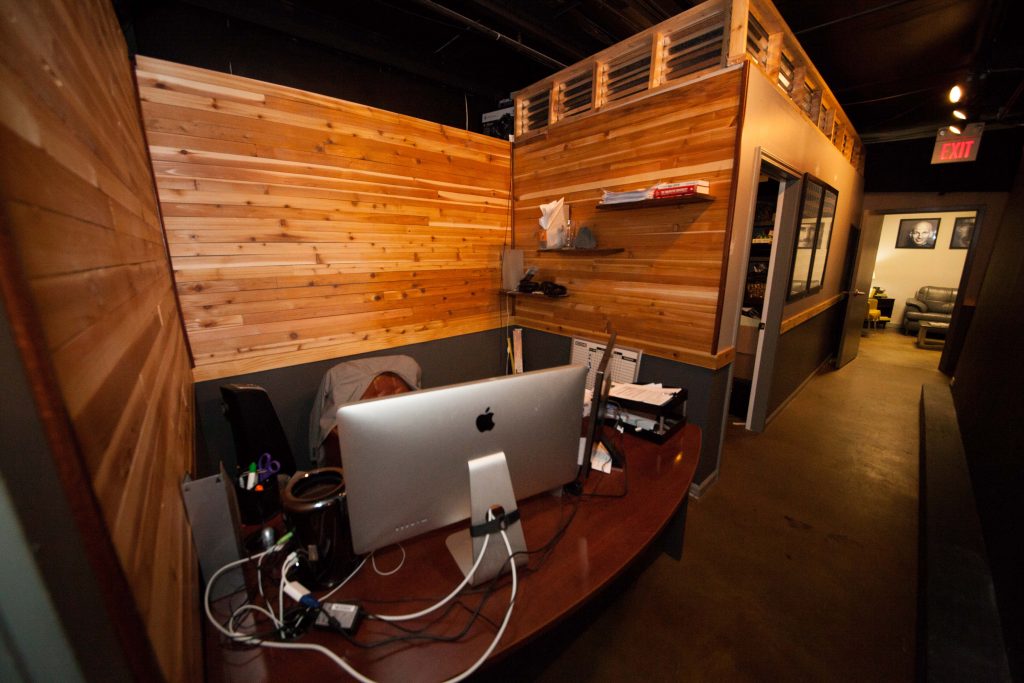 So we’re talking about the ten steps to stay in touch with your current customer database. I’m telling you what you don’t want to miss it. Justin’s got some great tips here for you. Justin, we’re moving on the move number three. Is you want to design a reactivation request. This is like somebody who’s a former customer, they haven’t been in for a long time. Maybe you own an auto repair shop or some kind of a Jiffy Lube, some kind of a Quick Lube, maybe you own some kind of business like a grocery store. Maybe you’re the last place in the world that rents movies like family video. So you’re trying to stay in touch with your customers. How do you do that?

So Justin, I’m going to ask you, if I’m listening right now and I wrote down step number three. I need to design a reactivation request, how do you try to stay in touch with customers you haven’t seen in awhile without just annoying people?

Justin: So Clay, you’re exactly right. So build that database, that’s the first and foremost and a business coach can help with that. You have to have people to draw from, you spent all this time and money. Then as you add to that database you want to add people. Some people you see regularly, some people you see quarterly, some people you see yearly. They all fall into a category slot. You’ve got to create a win win. It’s got to benefit both parties. You can’t just say give me cash or whatever you’re wanting out of the deal. It’s got to be a trade, it’s got to feel fair. So they have to feel like they win too. If you’re always, and this is in your personal life. If you’re doing a win, like you win and they lost all the time, if you’re always trying to get the winning edge. If you don’t tip big it’s your restaurant got to eat. Bus people over deliver and you reap those benefits will come back to you.

Creating a win win, if it’s a promotion, a discount, an offer, you haven’t seen someone in awhile. You may not make as much off that client but they’re going to tell someone else who might turn out to be a regular client.

So what happens is, on the thrive time show as an example, we give you a free radio show. You just go to 1170 AM, you go to thrive time show dot com, it’s a free podcast. It’s a free thing. You go what’s the catch? There’s no catch. Many of you they’ll say, “Hey you know what? I’ve learned these principals but I need help setting up my database. I need help building my website.”

Talked to a lady the other day who felt so off she thought she was an idiot, I felt so bad. She goes, “I just need somebody to help me do my website.” I said, “What else do you need?” She said, “I need someone to help me with my graphic design.” I said, “What else?” She goes, “I need help with my video.” I said, “What else do you need?” She goes, “I need help with everything, all I go is make these amazing cakes. I need a business coach” She lives out there in Santa Barbra, California. So I said, “So you listen to our podcast everyday, and you’re saying you make amazing cakes but you don’t know how to do all these other things?” She said, “Yeah.” I said, “why don’t you get out to a workshop?” She said, “Well I don’t know if I could afford it.” I said, “Well let’s look at the airline tickets, let’s figure it out.” She looks it up, she realizes she doesn’t have a lot of money so we gave her a scholarship, well guess what? She thinks it’s so awesome, she’s out there sharing that with other people. I’m just telling you, you sow those seeds into people’s lives.

We have a thriver I met at a library in Camarillo, Florida named Antonio. We helped him with his business and he’s been sowing seeds, telling people about us. That’s why our online school keeps growing, that’s why Elephant In The Room is on pace for six thousand more members this year. It is the law of reporosity Justin.

Business Coach Clay Clark: We had a guy, a client of mine. He’s a business consulting client of ours at thrive fifteen dot com. What happened was he needed help with a business loan, and I am not a business lender, I am not a banker. That’s Dr. Z and business coach client Sean Copeland at a Region Bank. Those guys, Z is an investor at Region Bank is a sponsor of the show. I’m not an owner of a bank but what I did was say, “Hey you know what? I can help you.” So I helped this guy today get a bank loan. It funded today. Today was funding day. Funding day. So he’s so excited, he didn’t have to pay me anything. So it’s kinda like man, why would you do that? And he says to me, “Is there anything I can do for you?” He almost felt like you done more for me then I’ve done for you and because he gets it, he’s like what can I do for you? I said, “all you need to do is anytime that you find yourself around somebody who needs help with their business just let them know about the thrive time workshops at thrive fifteen dot come.”

Today, honest to goodness, we had two people that signed up for our online school for twenty bucks a month, it’s a dollar for the first month. By the way, if you can’t afford it, it’s always a dollar. You can set your own price as low as a dollar for the online school. But, it’s just sowing and reaping. When we come back here thrivers we’re to get more into how to stay in touch with your customer database but first, we’re going to jam out to some more Justin Bieber. It’s a shameless Justin Bieber apologetics tour.

All right thrive nation, welcome back to the thrive time show on your radio. If you are going through the darkest of days we get it. We get it. If you’ve ever started a business let me tell you what it feels like to get hit in the face with a brick. When you are building your business, you’re working super hard and an employee tries to steal what’s yours.

So I remember building DJ Connection and gaining the experience needed to become a business coach, building DJ Connection and working so hard, try to build my business. Today we’re talking about how to build your database and how to stay in touch with your customers. I’m just giving you an example of the kind of heartache you go through when you try to build a business. I’m building DJ Connection, the guy pulls me aside and says, “Hey man, I got some personal stuff I’m dealing with right now, my car blew up, if you could lend me a thousand dollars it would really mean the world to me.” So I paid him a thousand dollars. Then one of my DJs goes, he’s unloading his gear, and he says, “Hey, my vertigo light is missing. I want to know where it is, do you know where it is?” I said, “I don’t.” He said, “Okay I didn’t leave it at my show, I’m frustrated I need my light.” Next week there’s another light missing, next week there’s another light missing.

One day one of our DJs went to hang out with the DJ who’s car exploded and needed the thousand dollars. He’s over his house and notices all the DJ equipment is over there piece by piece. He pulls the guys aside. He says to the guy, “Hey guy, is that the equipment from the building?” He says, “Yeah man, you know business coach Clay, he’s got more than he needs. I’m just you know.” He’s like, “It looks like you’re driving the same car. What happened?” He goes, “I just made that up, he’s a bleeding heart for entrepreneurs.”

I remember the first time someone tried to take my joy and they did because I let them do it. As I’ve grown more resilient and I’ve kind of changed my mindset, I’m determined that I will get better and I will never get bitter again. I’ll cut you off, I’ll forgive you but, I’m done. Okay. I’m not a life coach, I’m not a spiritual advisor, I’m not going to sit down there and pander to you and try to figure out why you feel the way you feel about how you feel about how I feel. I don’t care. I’m a business coach. All I’m saying is it’s not a Ted Talks. We’re going to make a profit here. If you’ve ever been to the bottom this show is for you because we get it.