Business Coach Keeping Up With Clients and Prospects

America;s number one business coach Clay Clark and on the show today we brought on a guy, my brother in law,  and business coach client  The founder of Elephant In The Room, who gets it. Yeah we’re talking about building a database but you’ve been through some bunk while building your business. I want to ask you, so far in the five years since we’ve been building the business together. Outside of the guy who cut his toe off and tried to sue us for it, toe-gate. There was a guy who literally was trying to install the plumbing in our building, cuts his freaking foot in the shape of a triangle and then he wants us to pay for it because he didn’t have workman’s comp. What was the low point so far? What’s the part where you, and this relates to the business, where you thought man, that is the toilet. That is off. That’s much worse than I thought it could be. In your mind what is the bottom? Something you can share on the air here. 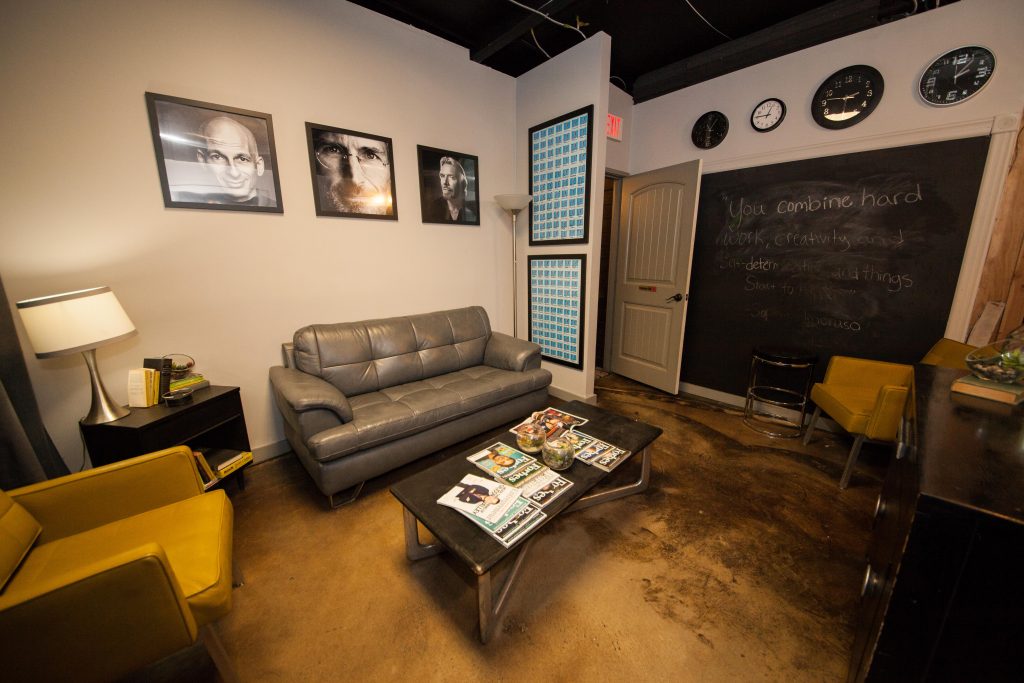 Yeah something I can share. I’ve definitely been to the bottom and to be honest, you said something earlier that people might be listening that have an idea. We all have ideas. 56% of Americans have ideas about small businesses, things they want to do. To be honest, you’re the only one that’s going to believe in that idea. You’re the only one that’s 100% going to back that. Other people, family members, people that give money, but when it’s time to show up that day when everyone’s called in sick, when no one else is there. When everyone else is at the beach vacation. What’s going on and you’re the only one there and you feel all alone. That’s the day where it’s you and your dreams and passions.

But, early on you said, “I’m here, I’m not going anywhere.” You want to build those like minded people. You got to stay in your lane because everyone else comes to you for emotional. You got to fill up their emotional tank, you got to fill their needs, that tank. Let’s talk but if you just understood where I’m at. All the emotions. So stay in your lane of driving your business and along the way you’re going to pick up people, drop them off. I’d say as far as low is just that. Feeling alone, feeling like you’re the only one that really cares, who would be there.

Business Coach Clay Clark: Now thrivers, one thing I would encourage you to look up if you want to kind of get yourself into a frenzy or kind of get all worked up. There’s a best selling author who wrote a book called The Fountain Head. It’s an unbelievable book called Atlas Shrug and The Fountain Head. I’m telling you this book will blow your mind. If you read the anthem. Its a business coach delight.

First off, start with The Anthem because it’s the smallest book. That’s The Anthem. If you read this book, I have this quote in the bathroom in my house. It maybe unsettles you but I’m going to give it to you and you can kind of marinate, chew on it. Tell me what you think thrivers. This is a notable quote. She says this. This is Anne Ransom, you said no, it’s Iran. Point is she wrote The Anthem, deal with it. Here we go. She says, “My happiness is not the means to any end. It is the end. It is it’s own goal, it is it’s own purpose. I am done with the monster of we. The word of serfdom, of plunder, of misery, of falsehood, and shame. Now I see the face of God and I raise this God over the earth, this God whom men have sought since men came into being. This God who will grant them joy and peace and pride. This God, this one word I.”

Now work with me. I’m a christian. I don’t believe I am God but I understand this concept now that nobody cares about my happiness more than me. Nobody does. So I had to real quickly learn that I need to reach out to people of high character. People that appreciate what I am doing, people who want to add value, people who understand the value of win win, the law of repository, When you build your customer database, you’re going to discover there are some customers who appreciate what you do. There’s other customers that don’t. Elephant In The Room let me give you an example.

Elephant In The Room business coach your first visit is a dollar, then we have a membership option to make it affordable for you and it’s high end. You get an adult beverage, you get a paraphin hand dip, you get hot towel treatment. It’s awesome. Some people go I don’t want to get a haircut that’s longer than seven minutes. That’s okay but you don’t have to go there. Now the thing is a country club is a great place, not for guys like me though cause I’m like come on, let’s hurry up, let’s go, let’s go, move it. Country clubs a place to relax. I went to Florida on vacation, I just tap my foot the whole time. I don’t know what vacation means. I can not stand beaches and hanging out. I don’t want to do that, I want to business coach. The thing is I love my kids, I love my family, I love that they’ve had a good time but I literally the entire time wanted Oh gosh I’m glad they’re having fun cause my brains gonna explode. Beach houses weren’t made for me. I don’t get it. I don’t want to go to a resort and hang out with you.

Business coach advise – Category one is an apostle, someone who loves the business and talks about it. Category two is a loyalist, they’re loyal but they’re not going to talk about it. Category three is the mercenary, They go if it’s cheaper somewhere else I’ll go there. Category number four is a hostage, they feel like they’re stuck with you, they’re not happy with you but they’re stuck. Category number five is a terrorist, they hate you, they hate their life, they hate everybody. They’re going to honk all the time, they’re going to give you the middle finger in traffic, they hate humanity and they are going to complain. They go on Facebook and write crazy complaints. They write their political opinions. They vomit on other people verbally. They’re negative people.

So, we have a handful of these guys. We’ve got thousands and thousands of members now with our three locations. I just ran into a guy the other day with our re-grand opening of the original shop. People have stopped by to see the build out. That’s how amazing it is. There is like a buzz in the air. So this guy comes by and every time he stops into the shop he sees a new face, we’re hiring, we’re growing. He says, “Hey by the way I’m the proclaimed first member ever. The founder.” I want to get this guy a plaque.

Clay Clark: We should. We got to get him a plaque bro.

You know? That’s his thing, he’s got to tell everyone.

All right thrive nation, green country, oklahomies, welcome back to the thrive time show on your radio. If you have got a vision and you won’t let it go you have found your show. If you’re an enemy of average, if you’re somebody who rejects mediocrity, if you stand up for yourself and you say I am going to achieve my goals, I’m going to control my destiny, I’m going to ordain my own destiny because I know if I don’t, somebody else will. Then you have found your show. We’re talking about the stuff behind the stuff. It’s business school with the BS.

If you’re listening right now and you already did that where you spent that $56,000 per year and now you’re going uh-oh. If you’re one of those people that according to Time magazine has less than $400 saved which, by the way, is more than half of Americans. According to Time magazine have less than $400 saved after going to college. Uh-oh. If you’re one of those people who’s going I’m going the wrong way financially, spiritually, physically, mentally. I am not having success. You’re just saying uh-oh. Let’s turn that frown around. Let’s have some success. Let’s learn how to stay in touch with our database.

It’s a tangible item. They can touch, they can feel, they can read, they can set it on their counter, they can put it on their fridge. I was actually in someone’s house recently and they loved this. They love the coupon that comes from great clips. It’s an amazing offer but they just wait and they just know, and it’s like clock work. It comes in and they put that coupon on their fridge, they put the magnet up there. It’s there and everyone sees it and it’s there and they do. But it’s tangible. You can feel it and they wait for it.