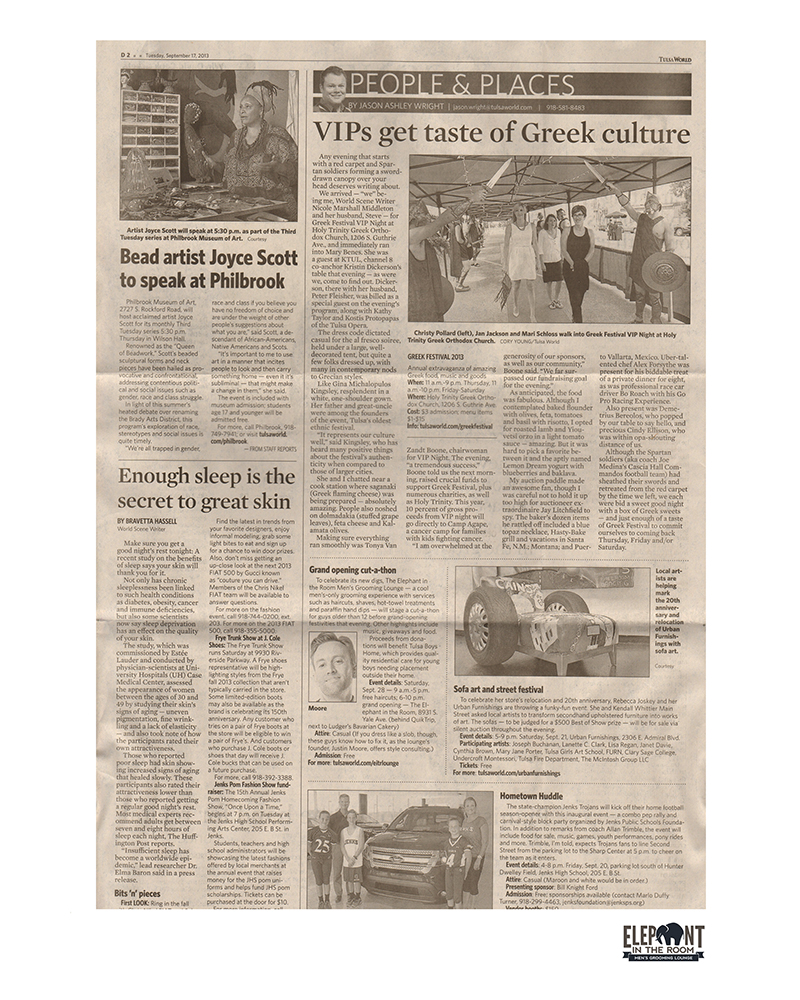 Clay Clark: Well this was before I was a business coach, I got a call, I sold the D.J. business, you know, and a person calls me and goes “Hey I been thinkin’ about cha,” (singing) and I’m going “Really?”

That, feels great, for someone to be thinking about you, so the first thing I think about is that song. (singing)

And so the next thing I thought about was, okay, why are you inviting me to a Thunder game? This is a person that does HR at a big oil and gas company. You know what I mean? What would be going through your mind, ‘cuz you know recruitment, you know how the recruitment game is, what do you think was probably happening?

Robert Redmond: They probably, “I’ve been thinking about cha, wanna hang out with ya” because they know that you’re a huge lover of Kevin Durant, RIP, and the Oklahoma City Thunder. But Kevin Durant played during that time.

Clay Clark: Okay so here’s what happened, they reached out to me because they knew that I had sold the business, and they needed somebody, a business coach, who could do ongoing staff training. You know, and they thought okay I could probably, you could probably, ‘cuz you own a business, and you’ve owned businesses, and you’ve trained a lot of people, I bet you you’d be great.

So I got offered this really sweet deal, and I wasn’t applying for a job. And it sounds to me that’s what you do as an executive recruiter. You’re finding people that already, they’re good at what they do, and you’re trying to convince them there’s other opportunities out there.

Is that right Stacy?

Stacy Purcell: That’s exactly right, you know the other day I was having lunch with, my firm works a lot in the live science space, so I was having lunch with a doctor the other day. And he worked in private practice, in a clinical in medicine. And he said that one of the drug companies, one of the pharmaceutical companies invited him to lunch and said “We have a position in our organization” and he said “Well I’m not looking for a job” in fact he owns his medical practice, and they kept approaching him, and having conversations with him, and finally recruited him and convinced him to leave his clinical practice and come work for this pharmaceutical company.

So you see that’s how it’s done.

Robert you’ve worked in the field, I mean what does a day typically look like as an executive recruiter?

Robert Redmond: Talking to a lot of people on the phone, never staying off the phone. And that’s something that’s Stacy has touched on. But you know background and recruiting and Stacy’s kinda getting into it, I wanna get into it a little bit more before our next segment.

The passive candidate is somebody that is not actively looking for a position, they have a good job now, but they’re curious. They wanna see what else is out there, and if somebody offered them a better opportunity than the one they have now, they would be open to listening about it. And they might be open to leaving their job for that better opportunity.

Clay Clark: We have Thrivers in Boston, who are listening now to the Thriver show, the last business coach workshop we had Thrivers from Boston here-

Clay Clark: We had guys, people drove in 17 hours to be here. I mean it’s kind of a fun, event there. And Robert when is our next workshop, our next in person, two-day, interactive workshop?

Robert Redmond: April 21st and 22nd. I want cha, if you’re driving, if you’re at work, to just stop, even if you can’t commit to it right now, put it in your calendar.

April 21st and 22nd, it’s a Friday and Saturday, it will be the best decision you make all year, if you’re a business owner. And if you don’t believe me, read the 100, I think we’re at 136 Google reviews today.

Clay Clark: And we had one guy he gave us a 4 star, and he was explaining that the hotel accommodations weren’t that great. Now I wanna clarify, we have a great, unbelievable experience, it’s like a Disneyland for entrepreneurs, we have flat screens, so you can see everything nice and clear. We have almost like an executive size desk you can sit at-

Robert Redmond: You’re not smashed between someone else are you, you business coach?

Clay Clark: We have a coffee bar, I mean, we’ve got the whole set up, it’s really neat, it’s located up next to the river, it’s on the river walk here in Jenks America, it’s the Thrive15 world headquarters.

Go to youtube, you can check out business coach Thrive15 world headquarters, you can see our 20k square foot facility, or you can go to thrivetimeshow.com to learn more. But we are not in the hotel industry yet, so if you had a bad hotel experience, I apologize to you, but we have a Thriver-

Robert Redmond: We’re getting there.

Clay Clark: Who text in this question, and they said “What’s the best way to gather Google reviews?” you know reviews in Google. And I wanna, when we come back, Robert’s gonna break it down like fractions about why Google reviews matter, how to get those Google reviews, and then we’re gonna get back into some staffing talk.

I’m excited Robert, my brain might explode with anticipation.

Robert Redmond: Oh this is, it might be, I know Dr. Z’s not here, this might be the second best Thrive Time show yet.

Clay Clark: Oh Thrive nation welcome back into the conversation, remember this old school jam “I’ve been thinking about you” Robert? You remember this song? (singing)

Robert Redmond: This is a little bit before my time.

Clay Clark: How old are you?

George Bush was the president when this song was hot, and here’s the deal. Here’s the deal, HW, this is original, yeah.

Clay Clark: So here we go Thrivers, you can text us 918-851-6920, that’s the number to text when you have a business question, and we’ll answer it for you right here on the air. And so we have a Thriver from Connecticut which is not connected to Tulsa, it is a separate, this is Boston, okay. This is not a small remote outpost in Western Oklahoma.

And the Thriver text us, he says “What is the best way to get Google reviews?”

So Robert first lets talk about step one, what is a Google review and who cares?

Robert Redmond: So whenever you list your business on Google, there is an option to leave a review. To leave a review you can rate from 1-5 stars, leave a little comment, the reason why that’s so important is because this is the 21st century people, we have the internet thanks to Al Gore, right?

People are now looking for your business on Google. They’re typing in, they wanna find your product or service.

Clay Clark: As an example you might be, right now Thrivers, just to kinda take the test with Robert, as Robert’s going through this just to give you a visual example, if you Google “Tulsa men’s haircuts” as approximately 1,100 people per month do, you shall find one of my businesses, topping Google, and is it because, am I topping Google Robert because I’m a nice man?