Clay Clark, the world’s best business coach: Reid Hoffman has some advice for anybody out there listening who can relate to that story and says, “Man, maybe I’m kind of not where I wanted to be right now. Kind of made a mistake with that one. Oh.” This is the notable quotable from Business Coach, Reid Hoffman. He says, “If you are embarrassed by the first version of your product, you shipped too late.” I do agree with that, but there’s some wisdom that doctor Z’s taught me over the years, and I really appreciate it, and I wish I would have known that earlier, but you’ve taught me when you go into a business with somebody, you want to go ahead and agree right away who’s the chief and how are we going to blow this up if we have to? Because eventually, somebody has to be able to make that call, and Z, why is it so important for anybody right now who’s listening who’s maybe thinking about going into partnership with their brother, or their sister, their dad, their cousin to define who’s clearly in charge? Why is it so important? 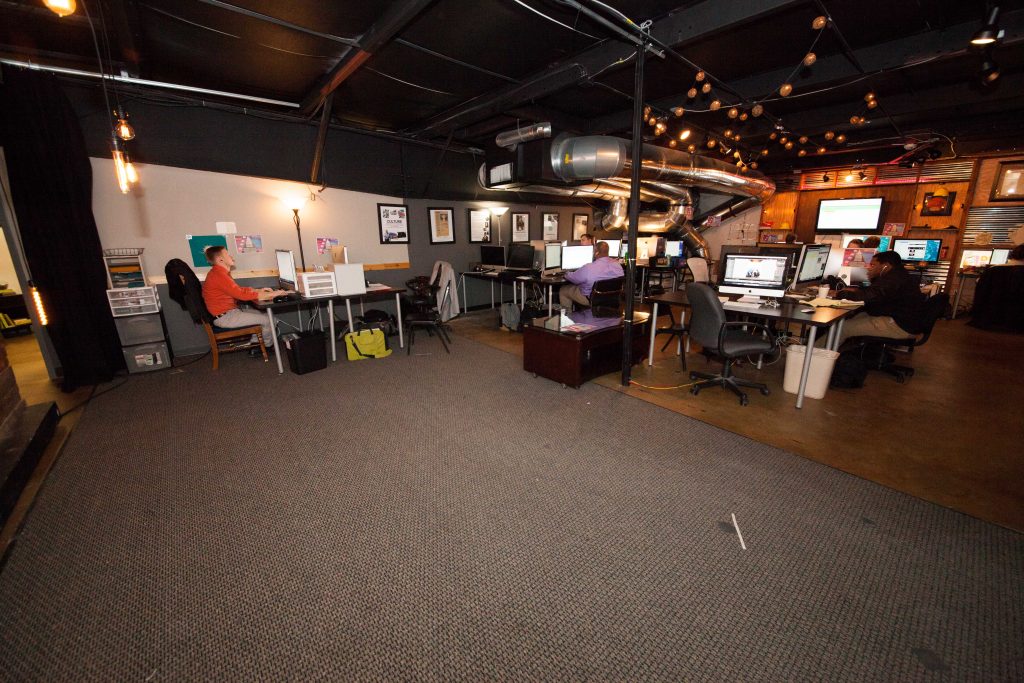 Clay Clark: Can I give an example about this recently?

Clay Clark: For Elephant In The Room … Jason knows because he was there when we first started that business.

Clay Clark: It was started in the first floor of the building that DJ Connection is in.

Clay Clark: And my brother-in-law, it’s his vision, and I handle all the business coach systems. I kind of more or less look at what he’s doing, sift through the passion and the vision, and make the repeatable system. That’s my job, do the marketing and that kind of thing. And so he has this vision for barn wood, and it’s like Edison bulbs, and it’s like a rustic decor and this whole thing-

Clay Clark: Vanessa, do you remember when borrowed the Suburban to drive to [Heabener 00:50:35]?

Vanessa Clark: To a torn-down barn.

Clay Clark: Heavener with a V.

Vanessa Clark: Mm-hmm (affirmative). To get this barn wood that … Yeah, I don’t even know how far away that was, but yeah, our Suburban.

Clay Clark: It was like 150 year-old barn wood. He had to have it. He comes back, and then he has to sand it, and he’s doing all this stuff-

Vanessa Clark: Get the nails out.

Jason Bailey: They sell wood at Lowe’s, you know.

Clay Clark: And I was thinking other things like, “Maybe we could go to Home Depot.” So I’m trying other suggestions, Lowe’s, Home Depot.

Vanessa Clark: Yeah. You did not like this idea.

Clay Clark: Is Sutherlands still around?

Clay Clark: Oh, okay. I didn’t know a whole [inaudible 00:51:11] lumber places, but I’m like, “Couldn’t we just google lumber?” Well, anyway, he’s like, “No, it has to be historic barn wood and we’ve got to build the shelves out of this pipe,” and I’m like, “Can’t we just buy the shelves? Why do we have to build it out of pipe?” He’s like, “No, and I want to hand pour the concrete,” so I don’t know if you remember this Jason.

Clay Clark: He’s down there loving on the construction project for months.

Jason Bailey: We were all concerned for him.

Clay Clark: We’re in there, and-

Clay Clark: We’re going down there. But the thing is, it turned out to be magical …

Clay Clark: … and he knew what he wanted, and that was part of our agreement is I handle all the marketing, all of the branding, and I steer the way as a business coach, but he gets to do whatever he wants in there as long as it produces a certain level of profit. And I can’t tell you how many times us having agreed going into it how we would make decisions has helped because I do not, have not, and will not ever understand what he’s thinking most of the time when it comes to the experience, but it always ends up being better than I could have thought as relates to that.

Vanessa Clark: And it could have really blown things up if you forbid him to go there and get the barn wood when he was passionate about getting it, so you just were like, “Okay, I don’t understand this, but go do your thing.” And that’s how it works.

Clay Clark: Now Jason, I want to ask you this. You’ve built the DJ Connection without a business coach, and you’ve now tried to take it all over the planet. You’re growing state by state. Have you ever had to lay down the gauntlet and go, “Okay. This is where we’re going,” and other people are like, “We don’t want to go this way, Jason”? You’re like, “That’s it.” I mean, have you ever had to use the executive order?

Jason Bailey: I’ve used the words “that’s it” many times, and then I yell something after that, but usually, yeah, there’s been some times where … You know, a lot of people, they haven’t been with you since the beginning. They don’t know all the things that you’ve gone through. They don’t know all the things that you did horribly wrong, so when a group of people are like, “We should try to do this. Let’s hire someone in Dallas,” and then I just have to be like, “No. That’s it. I’m going to pull the executive order here. We’re not doing that.” And that has to happen sometimes be at the end of the day, it’s your baby that you guys are, you know, that you’re growing, and they get to go home with a paycheck either way.

Clay Clark: And I will tell you this, thrivers. This is so, so, so important to learn with business coaching and organizational leadership, you know,  how to business coach and manage effectively. That’s what we teach at our two-day workshops. If you go to thrivetimeshow.com, you can get the information and we only have 40 tickets left for this next one. There’s only 40, so we don’t have 4,000. We don’t have 407. I just look at that every day. We have 40 tickets left. If you want to learn more about it, go to thrivetimeshow.com. We have a scholarship available. It’s super affordable for anybody.

Vanessa Clark: One thing I wanted to add that was so important that I think … I don’t know if it was you or Z said that when you have these partnerships, you also need to think ahead. See, we didn’t do this with our first, but we learned so much. What is your exit strategy? So if the whole thing blows up or just when you get … And like Clay said, to talk about the organizational leadership before everything is formed. Who’s in charge? Who’s going to make the final call? And then, okay, if we decide that we just want to go separate ways for whatever reason, what is going to be the agreement of how we do that? It’s so much easier to talk about it and get it in writing now so you can look at that and refer to that then when you’re in the heat of the moment.

Clay Clark: Now Z, once you’ve acted, once you’ve been taking action, okay, now you’re going to have … We talked about measure the results and then refine. So why is it so important that … I mean when you started doing radio commercials … I guess I can’t ask you the number, but when you started running commercials was it a big part of your revenue? I mean, when you had like zero customers and you’re trying to … I’m not sure what percentage of zero dollars it would be if you’re spending money on advertisement and you have no customers coming in yet. But talk to me. How did you measure the results of your early marketing campaigns there?

Robert Zoeller: Well, I measured it because I asked everybody how they heard about us, and I was committed to taking, when I first started off, 10% of my gross sales and putting it toward advertising. And then as that budget grew, I added different things, and once I felt like I’d gotten saturation, in other words, as many eyeballs and ears listening to my message, then I started scaling that back from 10%. How could I do so much? Because I lived underneath my means. It’s called delaying your gratification. It’s one of the things you’ve got to do. But I have a word for you on this measuring part from the Harvard Business Review, and the word is Moneyball. Does that mean anything to you?