Business Coach The Move of All Moves 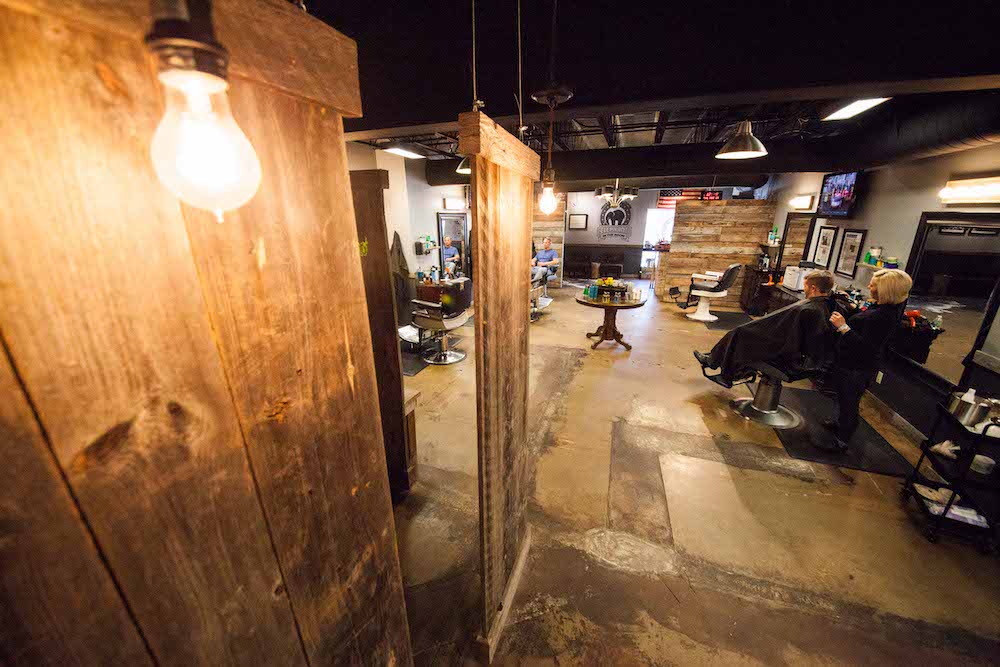 Clay Clark: Wow, and that’s up in the church’s ceiling?

Clay Clark: So, you mean if you’re at church, you as this awesome business coach, you’re looking up there and you’re like, something feels oddly spiritual about this moment. I’ll look up, and then all of a sudden, it just kills the momentum because it’s just the name of the thing. No, so the naming could be big, okay? Naming could be big. Elephant in the Room, we named our company Elephant in the Room, it’s a grooming lounge, people ask all the time, “What is the elephant in the room?” We can get into that, but go to EITRlounge.com to learn more. So, the naming could be huge. Robert, what’s another move? While I’m struggling to come up with a way to differentiate my businesses, to come up with a purple cow, what’s another move?

Robert Redmond: So, one of the most powerful moves …

Robert Redmond: One of the most powerful moves, it’s a move, it’s the move of moves.

Robert Redmond: And it’s something that you get into the conferences and what you do is you say, “Who are the best in my industry? Who are my biggest competitors and what do they do well? What are the different variables that they do in order to gain new business?” Do they make special offers, are they able to offer special services or products? What do they do very well? You outline those variables and then you determine, “Okay, which one can I win on? What can be my purple cow? What … Which parking space can I take over?”

Robert Redmond: Yeah, so purple cow … yeah, well, in business, we use a lot of creative alien terms to help grow your business.

Robert Redmond: Yeah, it’s what we do Thrive15  with our business coach program… No, but the concept of the purple cow is actually developed by a guy named Seth Godin. Seth Godin, he is the best selling author of the book called “Purple Cow.”

Robert Redmond: He built a big company called Yoyodyne, sold it to Yahoo for I think $30 million, Clay?

Clay Clark: He did well on it. I don’t want to give you a specific number, but I will tell you, you are correct. He did very, very well with it.

Robert Redmond: He comes up with this idea of the purple cow, and in Oklahoma, there’s a lot of brown cows, right? I’m driving every morning, I’m driving. I probably pass at least two herds of cattle, and it kind of becomes the same thing over and over where it kind of the days just mush together, there’s nothing noticeable about the days. Nothing distinguishable about them, but imagine if one day, if I saw a purple cow.

Clay Clark: “Man, that’s crazy. Let me put some pants on and get out there and look at it.”

Clay Clark: “Man, we should get up on them, th- the Facebook and post about that purple cow … “

Robert Redmond: And the concept is, a lot of businesses don’t have that purple cow. They don’t have that unique thing that sets them apart in the marketplace in a memorable way. So this is one of the benefits to working with a business coach.

Clay Clark: And, you know Seth Godin, this is one of the things he says, I’m going to read you this Seth quote here, he says this, “You’re either a purple cow or you’re not. You’re either remarkable or invisible. Make your choice.” I mean, you’ve got it … I guess you’ve to be remarkable or invisible. So, I want to ask our guests here. I want to ask our guests, I’m going to pick on … we’ll go with, you know the first guest I’m going to pick on is Miss Megan. She’s the funder of Beau and Arrow, you have two locations. What do you do, by the way? If people who are just tuning in saying, “What is- what is, uh, Beau and Arrow? Because I got a bow and arrow. I mean, what’s Beau and Arrow? You out there killing animals with a bow and arrow for sport?” Or what is Beau and Arrow.

Clay Clark: Okay. So, what is your purple cow? What do you do differently from most places?

Megan: This is actually something that I have been trying to work on, developing what my purple cow is. Because …

Megan: Yeah, up until probably a year ago, I had never heard the term. I mean, I knew what it was because I know certain businesses have a value proposition that they offer, but I have been still trying to discover what I want mine to be. So lately, I’ve been trying a few different things with give aways when customers come in, certain amounts that they spend, but someone recommended to me, they were like, “Okay, well, in your industry, what is everybody else doing?” You know, you walk into other retail stores, large retail chains and most of them give away a free gift, you know. You spend this much and you get a free gift. And he’s like, “Well, try that. You know, see how that goes.”

Clay Clark: I’m going to fire off a bunch of purple cows ideas for the listeners …

Clay Clark: Just to kind of help you get going. Starbucks is decided … the founder of Starbucks, Howard Schultz says, “I’m going to create the third place. It’s not home and it’s not work, it’s the third place.” Which means it’s going to have a certain ambience, a certain décor, certain smells, certain aromas, I’m going to refer to everything as … ” you know, it’s not small, medium, and large. What’s the small at Starbucks? When you order a small something, Robert, what’s that called?

Robert Redmond: A small is a tall.

Melena Wright: I have no idea.

Melena Wright: That would be grande.

Clay Clark: So, he’s got all these different names, he doesn’t call them coffee makers, he calls baristas. There are so many things unique about Starbucks, they changed the game in that niche. So, it’s the combination of all those things, but creating a place where people want to gather. A gathering place that he called the third place or Starbucks. That was his purple cow. Toms shoes, we’ve all heard about Toms shoes, buy a pair of shoes and they’ll give a par away. That’s Toms shoes, maybe you can have a sustainable give back program. Moving to number three, Dr. Robert Zoellner and associates, his move is he does a $99 first exam and a pair of glasses. So, it’s just an unbelievably low price. You’re going, “How is that possible?” Well, he does it because a lot of people come back and buy more and more and more, and it makes it affordable. So, the low price thing. Elephant in the Room, the business I’m a part owner of, we do a dollar for your first haircut. So, you can do price maybe your first purchase. You know, you come in your place, it’s always home with your first purchase is always … because you’re in the box, the box, what is it called the box … ?

Clay Clark: The box shard. So, there’s what? Hundreds of people out there shopping every weekend?

Clay Clark: Yeah, and then people are like, “I probably should go buy something.” That’s the Hobby Lobby move, by the way. Have you ever bought something, Mel at Hobby Lobby because it was on sale?

. I’ve never been there.

Clay Clark: Are you kidding? Mel, do you not ever go to Hobby Lobby ever, really?

Melena Wright: I used to live in a tent.

Megan: Just a few times, you know. I could really use a business coach to help me find ideas like that.

Clay Clark: Okay, have you ever bought something that was on sale that maybe you didn’t need, but it was like 80% off, so you’re like, “I’ll go ahead and get a decorative mirror.”

Megan: Every time I go in.

Clay Clark: Okay, so that’s their move, then. This is coming form a business coach…  There’s still a margin in there, so that might a move where you say where your first purchase is always 75% off. And the thing is you’ve got to log them into the database, and you’ll know if they come back again. But you have to believe in your product enough to know they want to come back over and over, so that could be a move. But if you’re listening right now, don’t get stuck. Robert, what’s another way to come up with a purple cow if I’m stuck, and I can’t differentiate my business in a meaningful way?

Robert Redmond: One of the easiest ways to come up with a purple cow the quickest is to just ask yourself, “What are the most important things to my customers whenever they’re making a buying decision.” Is it they want to have the security of an extended warranty that you can offer, is it price, is it fast delivery? Are they wanting to get the product the quickest?

Clay Clark: In-N-Out Burger. Their whole thing is they’ve realized people are certain people who want a high quality, organic meat. They obviously hired a business coach. That’s what they want. They want organic, high quality, and they want fast service. So, they said, “You know what? We’re not going to complicate our menu, we’re not going to try to make McRibs and McGrill and Mc this and Mc … we’re going to just focus on a high quality product and it’s going to be organic and it’s going to be fast service.” And In-N-Out burger really has a very simple menu, but they just dominate their category. Jiffy Lube has come up with a system that makes it super affordable to have your automobile maintained. I would just encourage everybody out there to come up with a purple cow. Robert, if I were listening right now and I’m going, “Oh, my gosh, I cannot come up with a purple cow.” What advice would you have?

Robert Redmond: I would say, take the advice that we’re given right now, but I’d also say come to a Thrive15 conference because we actually spend an entire session going over how to find your purple cow, where you deep diving the moves. Okay, actually start creating a spreadsheet, what are those variables that are most important to your customers? What things can you win on? And at the end of the day, just do something unique. Just do something memorable, if you have unique branding that’s different from everyone else in the industry even if it’s a kind of like funny name like Big Ass Fans, that’s a way to develop a purple cow. So, you always have an option.