Clay: All right, Thrive Nation, welcome back to the Thrive Time Show taught be the number 1 business coach on your radio, my name is Clay Clark, I’m the former SBA Entrepreneur of the Year and business coach, sent here to help you start and grow a successful business. 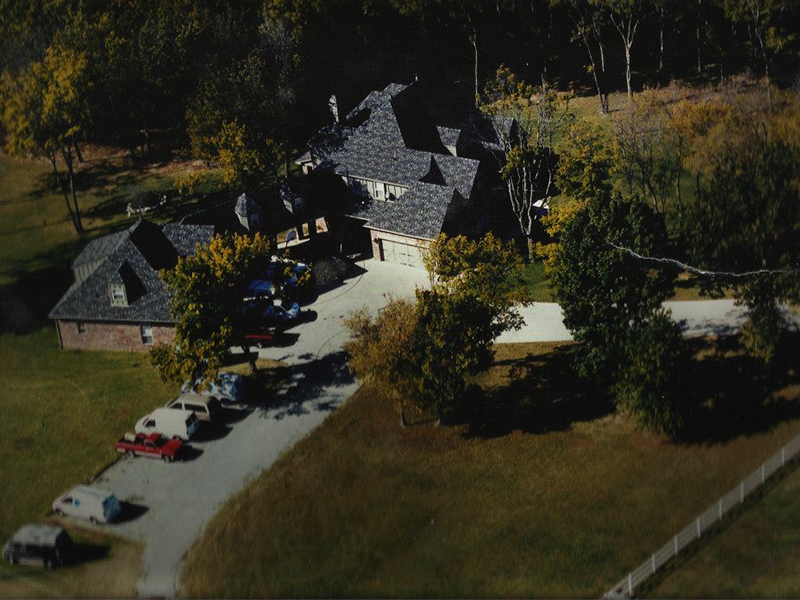 Or you could listen to this show, where we only focus on things that you can control. So that is what I love about the Thrive Time Show, is that we are 100% focused on being the best business coaching program on the planet. And, this just in, our daily show is for free! And so you’re not paying 56,000 dollars to go to the University of Tulsa, to listen to a professor pontificate about a syllabus that at no point has anything to do with how you will make money or not make money, it’s all about practical knowledge that you won’t learn in college.

Sharita: Hey, hey! I’m great! So happy to be here with you guys.

Clay: Now, Sharita is a business coach and she also has a sensational voice. You sang the OU national anthem this year, is that correct?

Sharita: Yeah, well, this time that I did it, because it wasn’t my first time doing it- They had me come back and I was very appreciative. This time I was really nervous. I did really well. I don’t think anyone could tell, but inwardly I was definitely a 10 with the nerves this time, I don’t know why.

Clay: I don’t think anyone could tell at all, except for that one part when, right before “And the rockets red glare,” when you started just screaming, “I’m so nervous!” That’s what gave it away.

No, it’s great, and people can find it on YouTube, is that right?

Sharita: It is, I have a YouTube channel, yes on top of being a phenomenal business coach

Clay: What would someone have to search for to find this?

Clay: Now, I also have my incredible wife of 15 years on today’s show. Vanessa, how are you doing you lady business coach?

Vanessa: I’m doing great. I just get excited to have Sharita on. Something about the vibe in the room. And you know, you’re talking about her singing, which is amazing. But when I see Sharita, I always think dancing, because she’s got the moves.

Vanessa: She’s got all the good moves.

Clay: Okay, now, just so we’re not totally outnumbered there, men of Tulsa, we have the executive producer, Sam, always available on that microphone. Sam, how are you doing, sir?

Sam: I’m doing great. And yes, I am always here much like you are always a business coach.

So, I think, just to kind of tee this up, so we’re making sure we’re connecting here, all of us want to do something great. I think everybody loves to go watch a great basketball game, if you’re into basketball, a great golfer, if you’re into golf, a great singer, if you’re into singing, a great- It’s fun to see a great business. Nobody wants to go and study mediocrity and go, “Wow, how did they become below average? That’s amazing.” Everybody wants to be great. But how do you become great at something?

So, step number one is you want to determine your life’s work or task. It’s so important that you define, in your personal life and in your business life, what is your life’s work. Because you have to commit to something, okay.

Now, the second move is you have to begin an apprenticeship program, whether that be informally, like you reach out to somebody who knows the way, maybe you get a job working for somebody who has that skill, maybe you partner up with somebody, but you’ve got to find a way to be apprenticed and be trained up in the arts or the skills of that given profession.

So, step number four, you want to use deadlines to get things done. So, Vanessa, I’m going to start with you on this one.

Clay: So, step three, is you want to commit to something for ten years. So I’m going to pick on you and your cheerleading exploits.

Vanessa: Back in the day.

Clay: So, you were a cheerleader from when to when, approximately?

Vanessa: Well, not quite ten years, but- Eighth grade was my first introduction to it, left the world of gymnastics and did cheer stuff at thirteen.

Clay: What were some things that you could do that the average could not do? Like, for instance, I am known for my crane kicks, my flips, my cartwheels-

Clay: Yeah, I have all these gifts. People know me. A lot of times people are like, “Would you stop doing the spread eagle? That’s so awkward.”

Vanessa: I do have to say this, it would be quite entertaining for anyone to see me stretching Clay. Every now and then he asks to be stretched, because he feels like he’s just gone too far, it needs to happen. And it’s always comical.

Clay: That’s because something hurts usually.

So here’s the deal. In all sincerity, you could do some things. Could you do- What is it? What the heck is a standing back?

Vanessa: It’s just like- I didn’t have ten years yet, but because I had- Anyone who has an introduction to a skill, I was introduced to it at a younger age, so it was easier when I came back later to go pick up the skills. And yes, I needed to get a standing back, or had to have these-

Vanessa: All right, you’re making it sound like it’s so common sense. All right. It’s standing and doing a back flip, and then landing on your feet again, without using your hands. So it’s exactly what it says, a standing back-tuck. It’s not-

Sharita: You tuck your knees up when you go over, it’s a gymnastics move.

Clay: All things that I do as a warm up before I get into the really serious stuff.

Now the next thing is a full. What’s a full?

Vanessa: It’s another gymnastics move. But you know in cheerleading they like to have a gymnastics background, and so you would get into that by doing a round off back handspring, and then a full, which is like a layout, which is where you’re flipping over straight, but you’re twisting at the same time.

Clay: And this sounds so easy but not for a business coach.