Business Coach on Being a Hard Worker

Clay Clark: That was how I welcomed to Sequoia Middle School. This was an ongoing thing. So then when I got to be about 14-15, my uncle had beat me into submission and basically taught me how to be a man and how to be a hard worker as a business coach. That’s a fascinating story but uncle Jerry 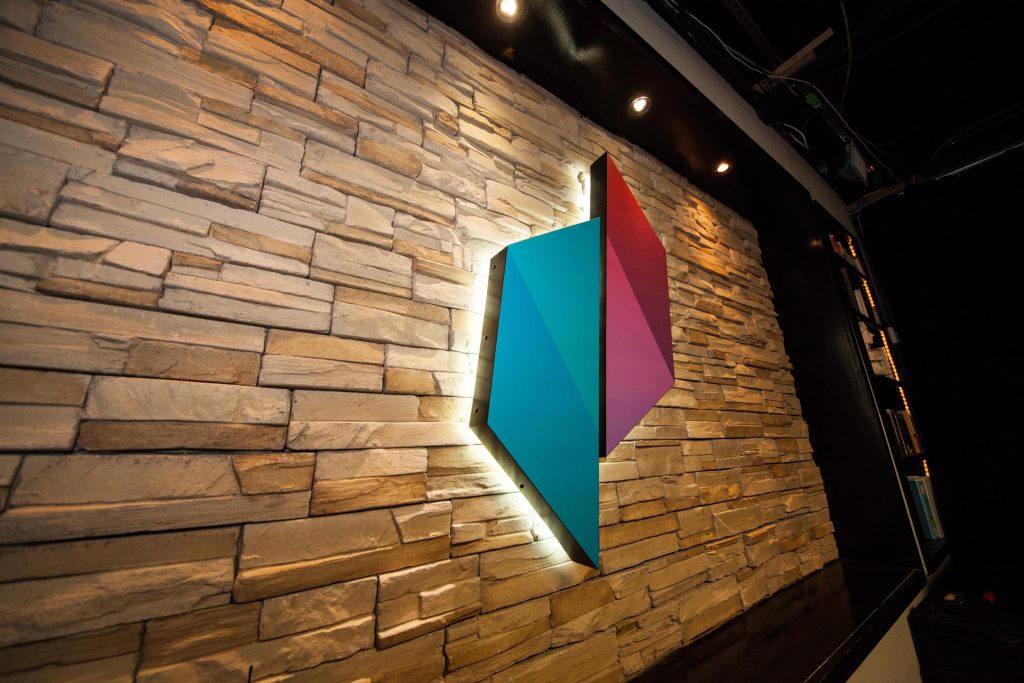 Dr. Zelner: He didn’t really beat you by the way.

Clay Park: No. Uncle Jerry, he basically said, “If you do not get up and feed the chickens, we’re not going to feed you today.” And so I played the game of okay, I’m not going to do it because I’m tired. This is before I was a business coach. And then he played the game of I’m not going to feed you. And then I went to basketball games and all the parents are cheering, “Come on 34, you can do it! Yeah! Yeah!” He’s singling me out and saying, “34, come on. You’re not even hustling. What is your deal?” Then after a game, my parents had gone Texas and somehow he’s raising me because my dad lost his mom and dad so he’s down there handling the estate. He says, “Hey, you left a lot on the court there. You weren’t hustling.” I go, “I was trying. We were already down by 20 points and I didn’t see it.” And he goes, “Well why don’t we run home then?” That’s like seven miles! And he just drove in front of me.

Audio Recording: Broadcasting live from the center of the universe talking about all things business coach related.

Clay Park: So then I’m like, okay, now I can finally speak and I finally have work ethics and I’m starting to have success as a business coach but I’m angry at the people who mocked me. And so, Mr. Ryan Brace, if you’re listening, I’m sorry that I knocked you the heck out but I was at the cafeteria and I would wait because that became my thing. So Ryan one day, he said something to me and I said, “What did you say?” And he repeated it and I just knocked him out. That was like my move. You find people and then that got known as you probably don’t want to mess with that guy, and that was a good reputation to have and it served me well because people didn’t mess with me anymore. But then when you go into the world of entrepreneurship, you realize being angry repels money. It’s like the opposite of a money magnet. I mean that thing is … Z, when you look angry, when you look mad, it scares people so-

Dr. Zoellner: They don’t want to be around you and so when you came in to pick her up and you were kind of creeping around and you were curious as to the success of the business and the systems we had and how-

Dr. Zoellner: Well, yeah. Exactly. You were kind of dressed like Eminem back in the day. You had big baggy clothes, loop earrings, this kind of silly look on your face. Not a supreme business coach

Clay Park: My wife had to point it out but I would not turn off the sub woofer when I picked her up and I think it was Kylie who said something nasty to my wife but she goes, “Can he turn that off?” Because I would pull up to your place and I would open the door to drop off Vanessa and that was when Eminem first hit the scene, so you would hear the Eminem lyrics and just bass, and the customers were like … They had to hear my music because I wanted … I just saw a guy in the Kwik Trip parking lot yesterday do that. He’s on a motorcycle and he wants everyone to hear his filthy lyrics so he just pumps it up so you have to hear it. But I wasn’t listening to Thrive Time Show. No, I was listening to Eminem over and over and trying to do dumb things like memorize the lyrics. I was a moron. And so long story short, I made that change because Terry encouraged me to be curious. It was just this curiosity. This is how … So I want to ask … I’m curious. The listeners are curious, Z, when you built your auto auction, did it cost $7 or half a million dollars? How much money did c- Did it cost a lot of money to pour that much concrete? You’ve driven by it. I mean, you have thousands of cars.

Dr. Zelner: Yeah, 15 acres of concrete cost a lot of money. I remember-

Dr. Zelner: Yeah, 15 acres. I remember doing the deal and we’re doing the deal and I’m getting my team assembled and we’re meeting and we’re getting ready for the opening of it and of course, we’re trying to preload it, we’re out there hitting the streets, we’re banging on doors, auto dealers in town. We’re saying, “We’re coming. We’re coming. We’re coming,” showing them the picture, painting the picture of what we’re doing it and all that and I remember there was a meeting. It was probably 45 days before we open. I sat everybody down, the core people I’d hired because I hired them maybe two months before we opened up-

Clay Park: The boss wants to meet us it’s probably for chicken sandwiches. This is great.

Dr. Zelner: I sat them down and I said, “Listen. We have officially gone from I-hope-this-works to this-has-to-work.” You know, when you borrow millions of dollars and you pour that much cement .

Clay Park: Hypothetically, I have poured an extension to multiple driveways because I had home based businesses and I spent like $20,000 on an extension of my driveway before being a business coach-

Dr. Zelner: That’s about what we spent.

Clay Park: And I think you had 15 acres. I don’t even want to g- It was a thing. You had to go all in. I want to talk about, when we come back, the problems that you … Because you had the grand vision, right? You poured that concrete. You burned the boats. You now have to make it work. I want to hear how in the heck did you do it and what were the problems? What were the nitty, gritty, holy crap, hair on fire, I can’t believe we did have problems?

Dr. Zelner: I will [inaudible 01:04:40] right after this break, I will deep dive into that but I think it’s so ironic that here we are; two guys hosting a radio show. You had your stuttering problem and I had a speech impediment also. I couldn’t say R’s by the way, and when I finally conquered R’s, I remember I was in the second grade and I said, the first word I said was squirrel, it’s like victory. It’s like [inaudible 01:05:02] like a big V, victory.

Clay Park: This show is not a religious show but I’ll give you two thoughts to marinate on. One, why are you not going to Elephant in the Room and trying out the $1 first haircut. And two, God has a plan. If you stutter, if you struggle to speak, if you don’t have the money you need, God has a plan but you have to be diligent and take the action steps. Stay tuned.

Z, if we could just let this play for a second, I just want to encourage all the Thrivers and fellow business coach learners. If you have got to a place in your life where you feel like this is your year to thrive, you found the right show, Z. This is the absolute number one best show on the planet. This is your year. You can start a successful company. I’m telling you what, if your brain works and you will do what we tell you, you can start a business this year, my friend. So, let’s get it started. Let’s do that. Z, why are we not getting started? I’ll tell you why we’re not started. Because I have had … You got to [inaudible 01:06:16] up here. If you’re just listening, you’ve got to hear this t-up, Dr. Z builds … Z, what was the first business?

Clay Park: How long did it take you before you opened up the next business? How many years? Three? Four? Seven? Two?

Dr. Zelner: And then ’99 was … What was the hot stuff then, your business coach jam?

Clay Park: Well, the hot stuff that came out then, I would say that would be like Q-tip. The song Vivrant Thing that came out. This is a good one. Ja Rule. What would I be without you? You know that guy, Ja Rule?

Clay Park: And then it was the guy, back that thing up. Call me big daddy when you back … That was all ’99. So then, it was eight years.

Clay Clark: And then what was the next business?

Dr. Zelner: It went a little quicker. The next business probably 2004 so maybe three or four years later.

Clay Park: So what was your second business?

Clay Park: The third business was what?

Dr. Zelner: A to Z Medical.

Clay Park: You sold the auto auction and focused on being a business coach?

Clay Park: And so overnight success, 20 years into it. So then you decide you sell the auto auction, you have a non-compete then you open up another one. Now you’ve poured 15 acres of concrete. You’ve committed millions of dollars to building this auto auction that by the way will not survive if you don’t have customers. Where did things get real? What were the big problems?

Dr. Zelner: Well, we had what we call a open house. It was lovely. We had accoutrements.

Clay Park: Jackson, we could have all the cookies we wanted at this event.

Dr. Zelner: Yes, we had adult beverages there. We had finger sandwiches. It was lovely. And while we were there, a young lady walked in. She looked professional and she looked on and she said, “This is kind of embarrassing but I need to give you something.” And we’re like, “Okay.”

Dr. Zelner: Jelly of the Monte Club. And, I said, “Okay.” She said, “Well, I don’t want to do this in front of your clients. You’ve got a room full of people here and people are coming and going. Could we just step over here?” And I said, “Sure.”

Clay Park: Just over this area over here? The winner circle?

Dr. Zelner: Sure. So we step out and I go, “What do you got for me?” She goes, “It’s a lawsuit and I’m serving you right now.” She hands me the papers-

Clay Park: You’re serving like volleyball like you’re hitting me ball and I get to hit it back?

Dr. Zelner: No, it’s like service. No, it’s like … And she says, “You’ve been served.” She was real nice about it. She was all apologetic. She was one of the sweetest lawsuits I’ve ever been served with. I was like, “Okay. Well, thank you very much. I will keep being a business coach”

Clay Park: This is nice. Thank you.

Dr. Zoellner: Because what happened was-