Clay: When did you and your wife first have the idea for your new business coach venture? 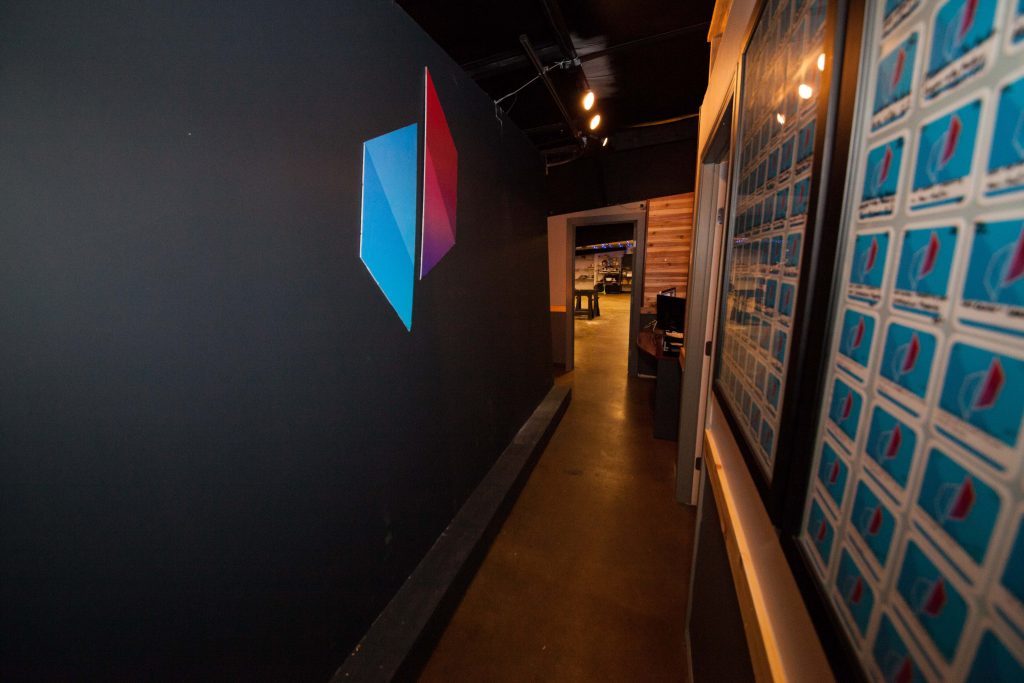 Sam: She said she had the idea like five years ago, and I said I had it like five, six years ago. Two years ago we both were like, “You know what? Let’s do this.”

Sam: We are slowly learning how to start the beginning thing. The hardest part is either find a location or to fund it. You guys have been giving us a lot of wisdom in those areas as our business coach.

Clay: Here is what I’m going to tell you, a little advice because you did not text in Sam to our business coach hotline. You apparently were producing a show. I’m going to tell you this, you need to put a hard date that you are going to find the location. When you are talking to real estate professionals, for Elephant In the Room, we are opening two new locations right now. We tell the brokers, we say, “Listen, we are going to open up two locations by this date, and I need to have a lease signed or not signed. I need to commit to something in the next 60 days.” We lay it out, this is what we are wanting to spend, this is where we want to be, but you set a hard deadline, and we get into that market.

We now are very aggressive and very confident because we know that people like our product. When we first started guys, you have to fail affordably. Step number one is, get feedback by giving kind of the freemium, letting people try samples. Move number two is you have to fail affordably. Thomas Watson, the former CEO of IBM, he said that if you want to succeed, if you want double the rate of your success, you must first double the rate of your failure. I want to ask you guys, when you hear that, double the rate of your failure as a business coach, Chop, what we are talking about? Doubling your rate of failure? How does somebody fail and not go out of business?

Eric: One example could be, we had a question about the dream 100 earlier. The point with that, you want to fail first, you are looking for those nos. You are reaching out to those people as much as possible, every week, diligently looking for those nos. That could be considered as a failure, but the more you get through those nos you’ll eventually get that yes.

Clay: When you hear the nos track on your spreadsheet why they said no. Hypothetically Sam, let’s say you are starting a restaurant and you had someone come in, and at the end of the meal you say how was everything today? They go, it was okay. You go, I want to know what could I have done better? I want to make this the best restaurant in Tulsa, what could I have done? They said, “Honestly the soup was a little bit cold.” You go, “I’ll take $5 off the bill. Anything else?”

“I felt like the décor wasn’t,” “I’ll take $5 off. Tell me anything else at all that I could do to improve, $5 off. I will pay you $5 per critique you have. Go for it.” When you are eager, when you seek criticism and not praise, you will always get a raise. I remember years ago when Carlton Pearson was helping me analyze speaking and to become the best speaker that I could be, even as recently as last, two weeks ago. He was over at my house, Carlton Pearson. He was taught directly by Oral Roberts, how to become a world class speaker.

You understand that Carlton Pearson has helped … He’s actually met with, been a business coach and coached, advised, he helped to get T.D Jakes on TV. You understand that T.D Jakes was not on television before Carlton Pearson. Let me just show you the track here. Andrew Canergie, the world’s wealthiest man. He was always number one or two, it was either Andrew Canergie or Rockefeller. He personally mentored napoleon hill. Napoleon Hill mentored Oral Roberts. Earl Roberts mentored Carlton Pearson. This is that line.

Clay: It was the one where Mark Wahlberg, who was it based on, do you guys remember? The Fighter? It was with Mark Wahlberg.

Sam: It’s on the tip of my tongue. I cannot remember who.

Clay: Let me type it real quick here thrivers because I want to make sure that I give you something actionable that you could look up here. Mark Wahlberg, he actually played a role of a fighter, in the movie called The Fighter. His life was, he played the main character Micky Ward.

Clay: Micky Ward, if you go on YouTube and you watch the fight, Micky Ward had a strategy. Do you guys know what Micky Ward’s strategy was. Have you seen this Sam?

Sam: I’ve seen the movie but I can’t remember.

Eric: I haven’t seen the movie, I would like to know.

Clay: Chupp, you have to watch this movie. I’m going to play some of the audio when we cut arc, but what happens is that Mark Wahlberg’s character, this is a real story. Micky Ward, he realized that he did not have the punching power to beat the guy that he’s competing with for the championship for the world for boxing. What he did is he decided he had the will to win that was bigger than the guy. He’s going against the guy who could out-punch him, but he realized he had a bigger tenacity and bigger win. His strategy was to keep taking punches, and then to put his gloves at a side, you can watch it on YouTube. The real footage where Jim Lampley calls it … It’s unbelievable, he puts his hands at a side, and he starts talking to the guy saying, “It doesn’t hurt. It doesn’t hurt. Come on, that’s all you got?”

This guy is like just unloading punch after punch. He’s just like, “Come on, is that all you got?” He’s taunting the guy while getting the crap beat out of him. What happens is, the other guy goes to his corner and tells his coach or his guy in his corner. He goes, “This guy is made of steel. He won’t fall down.” He’s like, “I’m out. I’ve exhausted myself. I can’t knock him out.

Clay: Then Micky Ward just kept a little bit on the tank and he just comes out and just starts throwing haymakers and knocks out this guy.