Business Coach on Dangers of Drifting 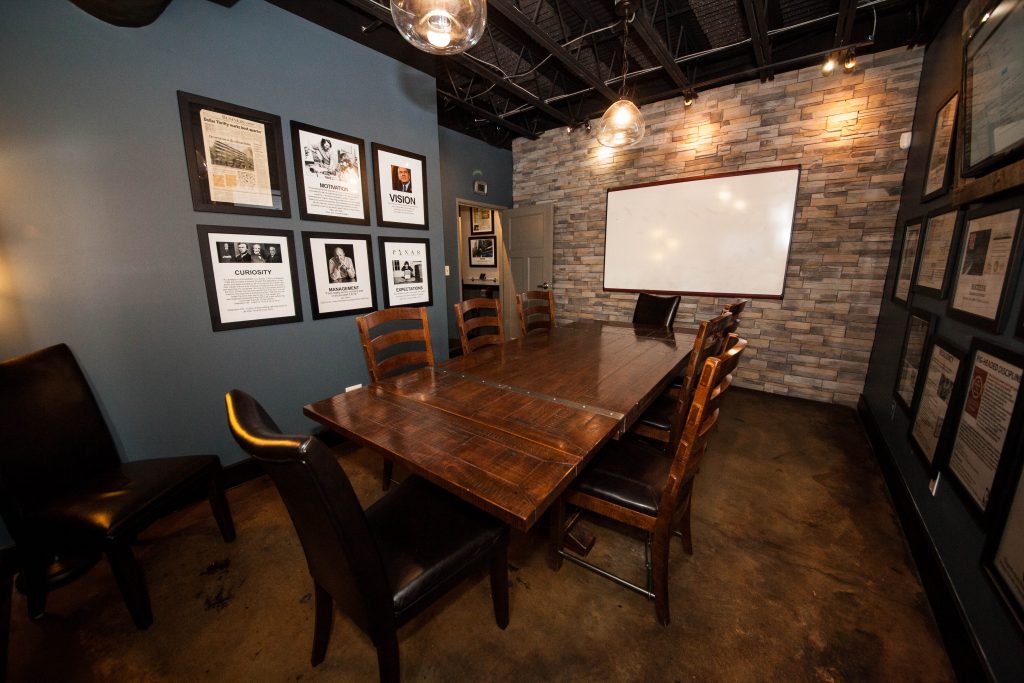 If you’re just tuning in, you’ve got to go hear the beginning of it, but I’m telling you what. You want to write down those F6 goals. Your goals for your faith, your family, your finances, your fitness, your friendships, right, your fun. Because if you do not do that, according to USA Today, seven out of ten of you- not you people. We have the most incredible business coach listeners in the world listening to our show. We’re not talking about you people. I’m talking about other people. But the average person- seven out of ten- seven out of ten Americans…This is coming from Gallup not me as a business coach-

But yet Gallup is showing that only 13% of you- again, not you people, it’s other people. They don’t even like their job. So what happens is once you realize that okay, I’m gonna spend five- by default, I’m gonna spend five sevenths- again remember by default, that means the setting, like a computer has a default. So if you set the default and you change it when you’re typing something, every time that you type, you’ll always be typing in Times New Roman, you know? But then when someone changes the default to like, the Arial font or Courier or something, then you always end up typing that way.

Now if some guy in your office is trying to screw with you, hypothetically this has happened to me from time to time as a business coach – somebody in the office will change the default to you’ll be typing on Wingdings or something and you can’t figure out how to change it.

Now drifting is a thing that’s so dangerous because society wants to pull you in this way. It’s so easy to do what everybody else is doing, right? And then when you do something that other people- that’s not normal, people will then say to you that you’re not normal. I hear all the time, you are so [eccentric 00:26:13]. I would hate to be centric! Centric would mean that I don’t like my job, and then I have less than a thousand dollars saved and that my business is failing. That’s not good.

But before that, Napoleon Hill sold millions and millions of copies of his book, Think and Grow Rich, which distills the tactics, the strategies, these proven methodologies, the principles for achieving success. And here is his notable quotable. He says, “A drifter is one who permits himself to be influenced and controlled by circumstances.” Okay, you see, Ladies, he said, “he,” he didn’t say “she,” so Ladies, I guess that you are totally excused from this concept.

No, he says, “A drifter is one who permits himself to be influenced and controlled by circumstances outside of his own mind. He would rather let people occupy his mind and do the thinking for him than to go through the trouble of thinking for himself. A drifter is one who accepts whatever life throws in his way without making a protest or putting up a fight. He-” Again he didn’t say “she.” It says, “He doesn’t know what he wants from life and spends all of his time getting just that. A drifter has lots of opinions but they are not his own.”

Now Jason whom I was talking to was very supportive, and he was like, you should call it this or that, we’re brainstorming. He came up with the idea “DJ Connection.” He came up with the concept of DJ Connection, the name. And if you go to DJConnection.com, that name today is still DJ Connection is a result of Jason White coming up with that name. And my concept was, there’s entertain- there’s brides, there’s event planners, there’s people everywhere trying to plan a party. A party for a 13-year-old, a party for a bat mitzvah, a party for a bar mitzvah, a 40th party, wedding anniversary, corporate party, whatever. And they’re all looking for a great DJ, but yet most DJs are not great. And so my thought was, if I could connect people to great entertainment, perhaps that could be a thing. Hence DJ Connection, thus we did millions and millions of dollars in revenue. I was able to exit that business at a young age, and now I’m on the microphone with you and now I am an owner. I’m a partner with many many different businesses.

I’m the business coach and marketing strategist for orthodontists, doctors, dentists. I’ve worked with Hewlett Packard, O’Reilly’s Auto Parts, Valspar, UPS- I’ve spoke to these people. I’ve advised some of these companies. It’s just kind of a bizarre life that I now lead with all of our companies. Now, Elephant in the Room taking off, our chain of men’s grooming lounges, and really things are going very very well. But I want to help you get to where you want to go. That is my purpose.

So what happened is when I wanted to start DJ connection after I got the idea I started telling some people. And without exception, every single person I spoke to said, “Yeah but what are you gonna fall back on? I- I don’t know whether you should do that. Maybe wait ’til you- maybe you should wait ’til you graduate from college.” And I am so glad that I fought with the ideas they gave me and I fought back and I dropped out. Because if I didn’t drop out, I would have had a bunch of student debt, and then I would have thought, well I probably should just take a job in the industry because I already have a degree in that industry. Then the habit of drifting would have begun.

Then I would have said, well you know, since I have a degree in this industry and I’ve almost paid off my debt but now I’ve established kind of a reputation in this niche, I should probably go ahead and stick with that. And then I should probably- And the next thing you know, you end up being like the average American. That’s not good.

So I’m asking you right now, what do you need to fight for? In what areas do you have a vision for your life that is not centric? It’s not normal?

We have a Thriver who is a school teacher and a business coach client, and he was sharing his story at the last conference. But he heard this concept of not drifting and he decided he’s gonna quit being a teacher and start his own tutoring company. Well now he has 44 kids who are members to his tutoring program where he helps kids improve their ACT scores and their overall test taking abilities, their communication skills, their written skills, their reading skills, their math skills. On average they pay $500 a month. So take the math. What’s 44 times 500? Uh, that would be, come on somebody work with me. Remember, you take the number, take 44 times 500. That’d be $22,000. Home boy is bringing in $22,000 a month. I’m pretty- I bet you he’s glad that he fought for that decision, right? Because everybody told him he shouldn’t do it. Why are you gonna give up your career? Why would you want to start your own business? What are you gonna fall back on? What if it doesn’t work? Isn’t that market already crowded?

When we come back, we’re gonna teach you how to fight for the life you want.