Clay: If you’ve ever seen Star Wars, if you don’t know what I’m talking about, google, Jabba The Hutt. That’s a business coach consultant gone bad. He was a busy guy who didn’t have time to order a healthy lunch. Now with urban lunch box he was able to gather our feedback. Here is the deal, you need to get in front of your ideal and likely buyers, and you need to ask them what they want. It’s like a survey, but you give them a sample. You have to give them a sample. I said to Joseph, “Give me a sample.” He says, “How much should I charge you?” I said, “You don’t understand. I’ll pay, but the point is, for other people, they don’t want to pay, because they don’t even want the product yet. Give it to them.” It’s called freemium. That is a free business coach tip. 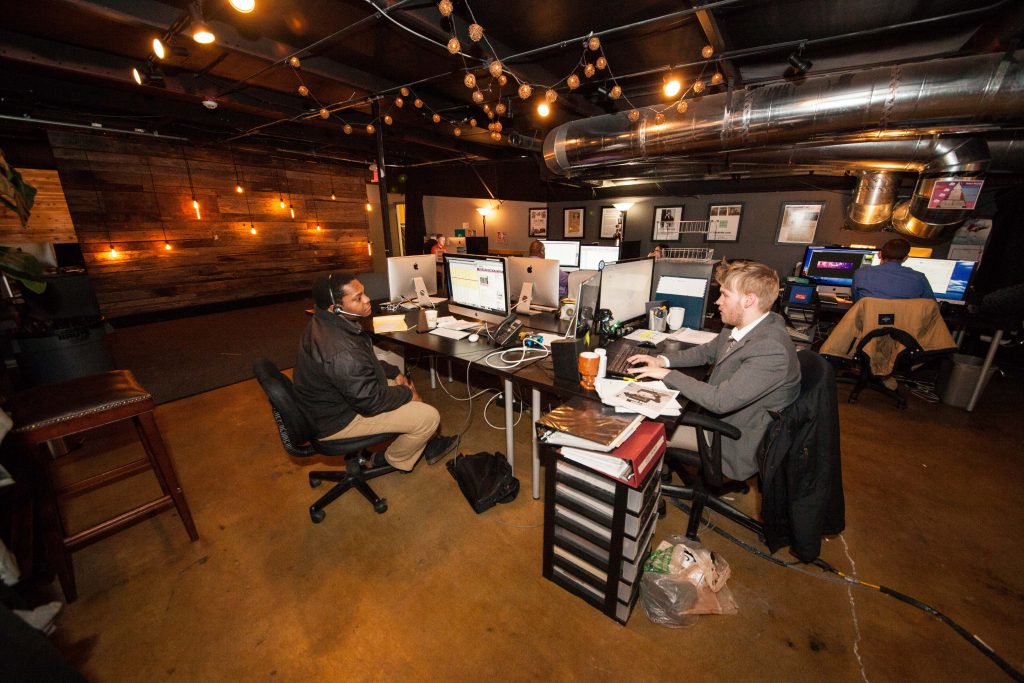 Eric: Get it out there.

Welcome back to the Thrive Time Show on your radio. My name is Clay Clark, sent here as a business coach on a mission to get you in a great financial position. I will tell you this, that if you want to make six figures. If you want to make $1000 a year or more, I could definitely for sure guaranteed stone cold locked, help you do that if you are willing to execute the systems that we teach you. If you want to build a seven figure business we can help you, if you implement the systems that we will teach you. Where do we teach you? You can to thrive15.com, the world best business school. That’s a dollar for the first month.

You can to an in person business coach workshop, by the way, we just had a great one this past weekend, packed out, awesome people, great Oklahomese, people that came from California. The great state of California, the people came from all over California. Since Arnold Schwarzenegger became the governor everybody talks like that in California. We had people coming from California. We had people coming from all different states all over the country, a lot of Oklahomes. You can come out to our workshops, or you can text us, at 9188516920. The question that just came in here from a thriver was, “If I’m developing a new product, if I’m developing a new product or service, what’s the best way to gather customer data quickly?”

Chupp, I’m going to ask you to tell the thrivers what’s up about this particular situation. You’ve seen it. We have somebody who has the humbleness and eagerness to get business coach. They’ve google searched it. They’ve discovered that the former CEO … That the CEO of google, Eric Schmidt said that the number one advice he’d give somebody is to get a business coach.

They’ve googled the may of 2013 business talks with Bill Gates where he said everyone needs to receive a business coach. They have realized that everybody who’s been successful in life either had a mentor or a coach. They’ve decided they need a coach, they called you, and they wanted to begin the business coaching program with you. You are the first person to point out to them that their website looks like they personally made it. They might be a great mechanic but it looks like as a mechanic they built the website.

Eric: With a wrench.

Clay: With a wrench yeah. Walk me through what it’s like coaching a business client that has a product that is awful. You know it’s awful as a coach. Talk to me about what is that conversation like, how do you help the client improve the product just give me the feedback, what’s the kind of, what would that look like if you are working with a business coach and you have a product that’s just not good. What kind of feedback, how would that relationship look?

Eric: First of all you want to establish the relationship and be candid. You want to have a candid open relationship where you can be honest with the person and tell them about the client, tell them the way it looks, or the way it feels is kind of maybe not right. You always want to come from a positive place where you are trying to build them up and kind of coach them into making that a little bit better.

Clay: I’m going to pick on Elephant In the Room, the business that I am a part of. Sam and Chupp I want to get your feedback on this. Imagine that I approached you Sam and I said, “Sam, you should come in for your first haircut, it’s a dollar.” Chop, it’s, it’s your first check, it’s a dollar. You come in and the haircut itself, because this happened. The haircut itself took over 55 minutes, for your first … We are talking just short of an hour.

Chupp, how would you feel as a dude getting your hair cut, if the haircut itself took almost one hour. Talk to me about what feedback you would have? If I’m standing in front of you, and I said, “Your first haircut is a dollar. All I want is your feedback.” I said, “What feedback do you have about today’s haircut. What would you say?”

Eric: I would say maybe starting, the place looked awesome, there was good music going, they are friendly, but man, it took like an hour to get my haircut.

Clay: Is that not good?

Eric: No, I was hoping to get in and out of there in maybe half an hour, 20 minutes. That’s kind of the thing you guys should weigh in.

Clay: Guess what Tulsa, that’s what Tulsa said to us. That’s why your haircut now is not an hour, but it used to be an hour. Sam, imagine you went into this place and there is dead silence, there is no overhead music at all. The stylist doesn’t speak to you the entire time that you get your haircut. When we first opened this was the scenario, you came in for a $1 haircut and it’s quiet, and a man is cutting your hair, a man … It’s a man on man, a man is cutting your hair.

Clay: Stoically, not saying a word, and there is no music playing, what feedback would you have?

Sam: I would be embarrassed to make this sound, because it’s so quiet. I would literally say it’s awkward and uncomfortable.

Clay: You would say it’s awkward and uncomfortable?

Clay: Chop, do you feel like it could be awkward and uncomfortable?

Clay: Do you feel like … Five years ago Justin and I were trying to make it awkward and uncomfortable?

Eric: I would imagine that wasn’t your goal?

Clay: Why did we do it from your perspective? If you had to just guess, and you go, “You know what? I’m just trying to look,” because you’ve coached clients you’ve seen it. Sam, you’ve seen it, you’ve seen the coaching clients come in. Why would we have no overhead music, and why would it have taken an hour when we first opened the Elephant In the Room to get your haircut.

Clay: Why did the website look bad guys? We were a bunch of idiots, did we not try, did someone not work hard, or what was the deal?

Sam: You didn’t put yourselves out there yet.

Clay: The thing is, we got your feedback. We discovered that thrivers wanted to be able to … People in Tulsa wanted to be able to text in to book their haircut. People wanted to have a quick number to call. I could go on and on, in the things we learned, the spacing of the chairs, but you don’t learn anything until you are in the game. Sam, I’m not asking you to give up your business idea on the radio. We are kind of speaking in kind of generic terms, but you are working on a business, you are kind of stirring that pot. It’s like a stew, you are stuck in this, we are in the box that rocks. Sam: I’m not allowed to leave.

Clay: And entrepreneurs and business coach team members talking about successful companies. It’s kind of contagious when you see entrepreneurship.