Clay: I  am a business coach on a mission and that mission is to jave planted like a nine foot fence, and I planted trees. And now they’re all pretty decent sized, they’re adult trees, but it takes a long time. And this is my pet peeve. We live out there in Broken Arrow and, Phil, I don’t know if this bothers you but you drive by a new development and the first move is that they name it something kind of medieval, where it’s “Stone Mill Village” or “Sea Port Rock.” There’s no seaport! There’s no stone mill! And then they knocked out all of the trees. All of them. And then they build these houses and then they plant these stupid trees. These little stupid baby trees. And just one by one plant these trees. And you live there and you have the tree you get complimentary front tree. With the little mulch around it. 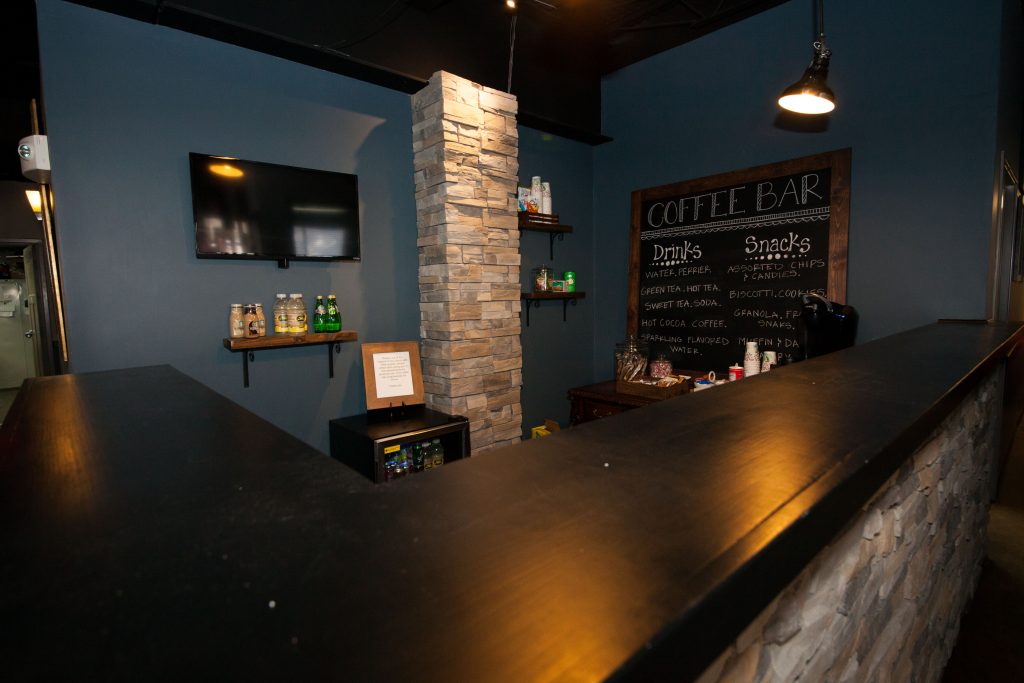 Vanessa: It’s like a sapling forever. It never grows.

Clay: And you get like two in the back, and you go, “Well, hey lets get into the shade!” And so you have to lose 100 pounds and if you time it just right you’re able to get under a little sliver of shadow and you’re able to get- But it’s stupid.

So Vanessa and I bought a property with lots of trees. Vanessa, there aren’t enough trees.

Vanessa: There are tons of trees. But yeah he wants complete coverage from seeing any humans and that is funny as a business coach. So that’s going to require quite a bit more trees. In the summer, when all of the foliage is out, there is total coverage. But his beef is in the winter, when all of the plants lose their leaves he’s like, there’s no coverage.

Vanessa: He wants the evergreens up all the way. In the summer we’re going to be just golden. It already was, you couldn’t see anything in the summer.

Clay: So we reached out to the tree man. He planted all the trees at Church On The Move. And I call him-

Clay: Paul Wall because he’s helping us build a wall, too. You ever listen to that song by Nelly? “What it do, baby? It’s the iceman Paul Wall. My teeth like a disco ball.” And it’s a whole thing.

So anyway he’s planting trees everywhere. And I’m trying to create like a Yoda-esque environment. Because Luke had to want to meet with Yoda. He had to fly, and then he’s like, “You seek Yoda? Take you to him I will.” But there’s no one else there.

Vanessa: You want no one to find you. You want them to like, they seek you but you cannot be found.

Clay: Have you ever thought about building a wall around your property with tons of trees and becoming a Yoda?

Phil: I have. But so far I haven’t done that. You’re taking about you’re just planting trees at home.

Clay: As many as I possibly can.

Vanessa: And building a wall, and putting a gate in.

Clay: Every time I see a tree get knocked down by one of those developments, I’m like, “That’s ten more. Seven more. Four more.” I’m trying to find business coach items on Amazon.

Vanessa: He’s actually talking about now we have to plant trees in the forest.

Clay: Yeah, well the issue is, recently I’ve noticed the anaconda have increased. Now, we have a bobcat out there. We have a random billy goat.

Clay: What am I thinking of? What was the animal in the back yard the kids said-

Vanessa: It was a bobcat.

Clay: No, it was a billy goat. There was a goat that was in the backyard.

Vanessa: Ohh, you’re right. The goat with the long beard. I forgot about it.

Clay: How do you forget Mr. Beard? Unbelievable.

Vanessa: He just came for a token visit.

Sharita: Just for a visit.

Phil: Well, it’s awesome, when I’m working with somebody that’s a young business owner who sees the potential of what he has there and his financial future, because time and compounded interest are an amazing accomplishment for a lot of folks that start early. It’s so much easier, they put less away in the beginning, because they’ve got the years for it to compound, as opposed to somebody that I meet that might be in their late 50s and they want to retire at 65 and they’ve done nothing. Which I see at least one of those a week. It’s pretty serious. They have to put a lot of money away to have a retirement.

Clay: Now, Albert Einstein once said, “Compound interest is the eighth wonder of the world. He who understands it, earns it. He who doesn’t, pays it.” Phil! Talk to me. Preach to me. Do you have a success story of somebody who’s actually- Do you have any real clients that you’ve ever actually really worked with, maybe you could share a success story of somebody who decided to get serious about saving? Maybe not them specifically their name. But can you give us a success story? A feel good- We need a feel good, Phil.

Phil: Absolutely. I’ve got a gentleman that I started to get with. He was 31 years old, had a successful business. Was putting everything back into his business. Had nothing put toward retirement. Since then I got him on a structured plan where you put so much away. We’ve watched it grow, he’s able to get to it, he’s actually taken loans from himself over the years instead of the banks. Loans that he can pay back or not pay back, it’s up to him, it’s his retirement plan. But he has exceeded what he needs for retirement in that plan, and so he’s able to draw off of that and use it for business loans, and he’s been doing it now for about 18 years.

Clay: What’s your website there, Phil? I know you guys stay busy financially planning, helping people plan. But did you have time to create a website and a phone number, Phil? As a business coach of the people, the people want to know!!

Clay: Just because there’s two or three people out there that want to ask, can I send you a fax? Is there a fax number?

Clay: You know what sound a fax machine makes?

Clay: “Eeee-rraaa-eeee-rraaa” People are going, “Stop it!” I will not do it again after I do this final, it’s like an ode to the fax. “Eeeeh-errr.” What are you faxing?

Phil: I don’t know. It sounds like you’re faxing bolts and screws and knuts and stuff.

All right. Welcome back to the Thrive Time Show on your radio. My name is Clay Clark. Welcome back to your audio dojo of mojo of all things business coach related, the place that you go and your friends go, and the friends of your friends, they all go on a daily basis to improve the smile on your faces, because you have found your oasis. This is the place where you learn how to start and grow a successful company. And I’m telling you. There’s people out there who have been looking for this going, “Is this a real thing? Is this a real show? Is this going to be on tomorrow? Where can I find more?” Well you can find more at ThriveTimeShow.com. It is a real thing, because we have great sponsors like Oklahoma Joe’s. So for lunch today, you could just go out there and buy a lunch from anybody, but why not redirect a little bit of spending towards the people who are putting together this great show over here. And show a little bit of love for Oklahoma Joe’s. And, by the way, there you will find some incredible baked beans, which I diligently buy every week.

But once you know what to do, you have to commit to this career for a ten year window of time. And when you commit to something for ten years, that seems like a massive amount of time, but I’m telling you, anybody- You could throw a name out there, who’s great at anything, these people are masters at it because of the amount of intense focus they spend on that thing, studying that thing, mastering that thing.