Business Coach How To Prep For Retirement

Kevin Jacobs – Business Coach Client: So, first of all, if you’re company’s going to give you some free money, take advantage of that. Before you star ratcheting up your 401k, let’s get some money saved. So, let’s say, gentleman $55,000 a year, that means he lives off about $5,000 a year. So after he gets his free money from his employer, let’s set aside $5,000 in a boring savings account at whatever bank you choose, and just have it sit there. 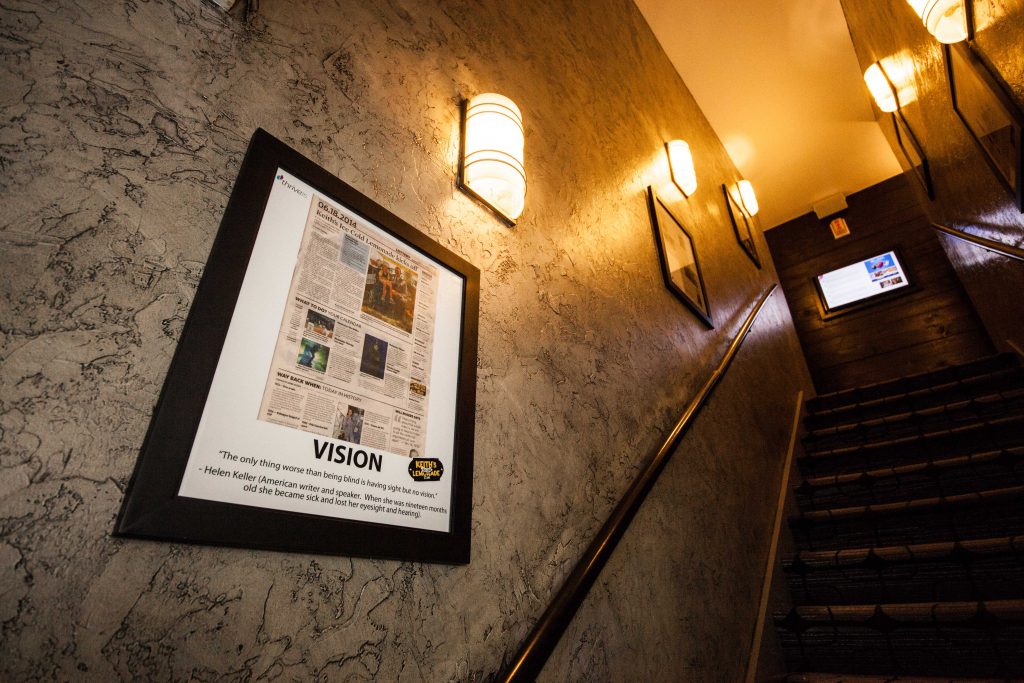 Clay Clark Business Coach: I don’t know if the Regent even has boring savings accounts, but I would definitely set aside money, Z, in Regent bank-

Clay Clark: I would definitely do that.

Kevin Jacobs: Definitely. Then from there, let’s get focused, and this is where compound interest is working against you-

Kevin Jacobs: Because if you’re paying 12, 15, 18, 25% with a credit card, that means they are winning the interest game against you.

Clay Clark: [inaudible 00:52:08] Why did this episode go so negative? It’s supposed to be a self help show. So you’re saying, if I’m deeply in credit card debt and I’m paying the high interest rates, that’s not a good move?

Speaker 10: Surely, you can’t be serious.

Speaker 11: I am serious, and don’t call me Shirley.

Kevin Jacobs: Yeah. Getting compound interest to start working for you rather than against you.

Kevin Jacobs: Take advantage of free money from your company.

Robert Zoellner: So about nine to 10% of what your … Whatever your annual income is, you want to have a nest egg of about 10% of that in the bank, is what you’re saying.

Kevin Jacobs: You want to set aside one month’s income replacement.

Robert Zoellner: There you go.

Kevin Jacobs: Then you want to get those credit cards paid off because that income replacement, you actually want to bump up to 3%, I mean, three months. Because once it’s there, it’s there. Because then, when I say 16% 401k, you’re like, “Shoot, I can do 20% because I’m not paying Chase, Bank of America, or whoever 25%.”

Kevin Jacobs: Well, so the next move is get your three months’ savings.

Clay Clark: Sounds like I can’t go to the German American Festival and buy enough beer to pass out and then wake up the next day-

Clay Clark: Z, the move is, if you want to stay poor, you go to the German American Festival, it’s about a three day even.

Clay Clark: You get one of those pints, it’s about 13 bucks for one of those things, and a big turkey leg or something.

Clay Clark: What you do is, you want to drink until about midnight, and then you want to fall asleep in a bush because they never will catch you there. Then you wake up-

Clay Clark: And you do it on day two, and on day three, is when they do a lot of David Hasselhoff themed giveaways, and that’s where … So I’ve got to stop spending some money.

Kevin Jacobs: Absolutely. Well, you want to spend less than you make.

Robert Zoellner: Yeah, give us the moves.

Kevin Jacobs: It’s really interesting to see how much people eat, as far as restaurants go, but I would say that, as I mentioned earlier, people are driving … They’re sitting in their retirement right now. It’s call their car.

Kevin Jacobs: So earlier I said, “Hey, 600 bucks a month will get you a million dollars,” well how much are people paying for their car payments? Four, five, six, $700.

Clay Clark: Now, I want to ask you this, I grew up without money and one of the things you do, one of the keys to wealth repulsion, you want to repel wealth? What you do? You get a bonus, Z, you buy some spinners. So when your car stops, your wheels, they keep spinning.

Clay Clark: How far do you go? 111th and Memorial?

Clay Clark: You go down to like 51st and Memorial, over there by TGI Friday’s, whatever’s still left over there. Then you come back and you go back and forth, and you [bbvv-bbvv-bbvv 00:55:43]. That’s the move and that’s a wealth repulsion move. If I’m really into a candy coated, candy painted Cadillac, I’m looking for [inaudible 00:55:54], hydraulics, the whole thing. What tip would you have for me? How do I achieve financial freedom and still drive the most latest, greatest expensive car payment car? How do I do it?

Kevin Jacobs: Well, first of all, start making some more money, but-

Robert Zoellner: There we go, grow your business with a business coach.

Kevin Jacobs: That’s actually something I tell my clients is the number one financial resource they have is themselves. So invest in themselves, improve your education, improve your career, so you’re not making $55,000 when you’re 40, you’re making $75,000, $80,000.

Robert Zoellner: I love sowing and reaping. You’ve got to sow and then you get to reap. It is a main principle of our business coach program.

(music) All right, business coach clients and Thrive nation, I’m not sure where you’re at right now, maybe you’re at your desk, maybe you’re in your car, maybe you’re out there at Oklahoma Joe’s enjoying your incredible lunch, but either way, you deserve to give yourself a little 15 second treat. Z, can you crank it up a little bit, let’s get that feel good mojo going this fabulous Friday. Oh nice, a little Justin Timberlake here. Z, you are playing the hits today, my friend.

Robert Zoellner: Why not? It’s a fun Friday.

Clay Clark: It is.

Robert Zoellner: It’s one of my six F’s.

Clay Clark: We’re talking about sowing and reaping, but I just want to talk about reaping here for a while. This is great, man.

Okay, Thrivers and business coach clients, we’re talking about sowing and reaping, how to financially guarantee your million dollar big baller status. If you are aged 30 and you want to retire with a million dollars, you have to save how much per month there, Kevin?

Clay Clark: This is Kevin F. Jacobs, certified financial planner, he’s saying to save 650 to $700 bones-ish, save that money. So let’s go through the steps, let’s review the steps again. If I want to become financially free, I want to retire in a good spot, step one, what do I have to do?

Clay Clark: Write down a plan.

Kevin Jacobs: Know what your goal is.

Kevin Jacobs: Okay, number two, take advantage of any free money that the government, that a bank, or that your employer wants to give you.

Clay Clark: Don’t do the Evander Holyfield plan where you earn 250 million, step one, and then step two, spend 270 million, then realize you have to pay taxes, don’t do that move-

Clay Clark: We wouldn’t advise that move to our business coach clients.

Robert Zoellner: That’s a not move.

Clay Clark: Tiger buying, forget that, but maybe just don’t buy other things, but still buy that tiger. Okay, so the next move, what’s the next move?

Kevin Jacobs: Step number four is to pay off short term credit card debt, payday loans, traffic fees, those things that have consequences, severe consequences, if you don’t pay them off.

Clay Clark: What’s the next move? Let all the business coach client know.

Kevin Jacobs: Okay, so step number five is to actually establish a three month income replacement plan. So you had $5,000, let’s now bump that up to $15,000.

Clay Clark: See, what he doesn’t understand of the complexities of my business. So the way my business works, I do a lot of construction and so what I do is I’ll quote the client for typically about $35,000, I quote them, I say it’ll cost you about $35,000. What I’ll do is, a lot of times, the client will not necessarily pay me on time. So what I will do is, I will delay the completion of that process, I will then take another job, the other job, I’ll bid that at $35,000. I will take 15 of that money from the other job, basically I rob … What you would call robbing Peter to pay Paul, you know that kind of move, and I do this over and over, and now I find myself at the age of 50 and I owe a lot of money to a lot of people.

Kevin Jacobs: Sounds like a Ponzi scheme to me.

Clay Clark: I don’t know if you’d call it that, I’d like to call it more of a home remodeling company that I’ve been developing over the last few years.

Clay Clark: It has some holes in its financial practices.

Speaker 9: Broadcasting live from the center of the universe, you’re listening to the Thrive Time Show.

Clay Clark: So, Z, what advice would you have? If I find myself, because unfortunately, we see this a lot with contractors, it’s very common. What would you say to somebody who finds themselves in perpetual debt? Like the more business they get, the more behind they get, Z, as an entrepreneur?

Robert Zoellner: Well they’re not collecting, they’re not doing the last step. Everybody can … I’ll tell you what, you can give yourself away all day long and you will get a lot of clients-