Business Coach Clay Clark: There’s no such thing as a free lunch. Last time I took something free, I ended up sleeping with the fishes. [inaudible 00:34:10] Billy almost didn’t survive, my uncle, Luigi, he still has the concrete shoes in the bottom of the river. 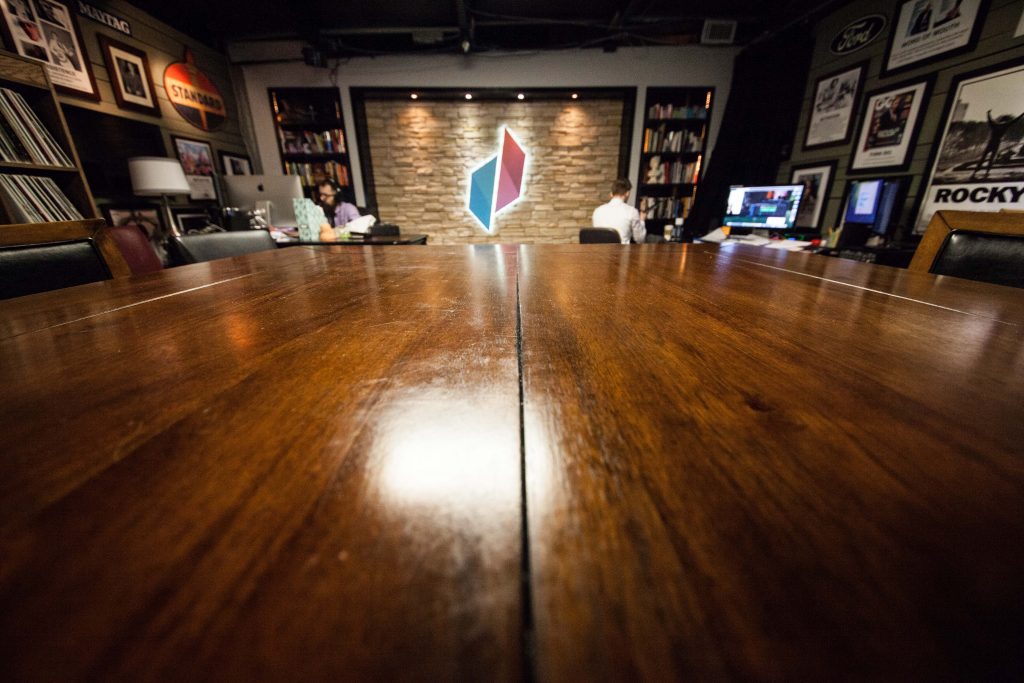 Robert Zoellner: [crosstalk 00:34:14] daughter’s wedding and you’re trying to give me something free, I love that. Come here, give me a hug. Give me a Sean Copland man hug.

Clay Clark: I’m going to give you the Sean Copland man hug. That’s very true, the thing about it is, there’s a lot of opportunities out there that are right in front of you that you have to take advantage of and that doubles your money day one, Kevin.

Clay Clark: My company, we do the maximum, maxing allowable that the federal government allows. So, people that don’t put any money in, they’re missing out on the double their money day one. Do you get that? Explain that again, Kevin, I don’t know that everybody out there listening got that.

Kevin Jacobs: For instance, it’s very common that companies give you a 3% match on your money.

Clay Clark: Okay, the business coach recommendation would be a 3% match.

Kevin Jacobs: So, if you put in 3% of your salary-

Kevin Jacobs: But it gets even better than that.

Clay Clark: Oh, it just keeps getting better. Come on.

Clay Clark: So it’s pre-tax dollars. You can learn the difference by emailing in your business coach questions.

Kevin Jacobs: Or some people might even use the Roth option, but let’s just use pre-tax dollars.

Kevin Jacobs: So that’s an extra 900 bucks that Uncle Sam is giving me.

Clay Clark: If I was listening to a show like this, let’s say, go back 15 years, I probably wouldn’t know what you’re talking about-

Clay Clark: So I want to define it. There’s two areas I want to make sure the listeners are getting it.

Clay Clark: Pre-tax, what are you talking about? If I’m going pre-tax, pre-tax what? What do you mean pre-tax money? How can you invest money before you pay taxes? Don’t you pay taxes on everything right away?

Robert Zoellner: Now, all of the sudden it’s like you made … You get taxes if you made $97,000 for the year. So it’s like that money is passed … It’s actually, you postpone the taxes on it until you take the money out of it. If you do that at an elder age, 65 plus, your income’s less, your tax burden, in theory, is going to be less. We don’t know what it’s going to be in that year, but in theory, it’s going to be less. So not only are you getting all the advantages of putting it in now and letting it grow, pre-tax, I.e. you’re not paying the taxes on it now, you pay it when you take it out. Right, Kevin?

Clay Clark: Well, you would be if you took it all out because-

Clay Clark: Then you’d be taxed at that bracket and that’s not the smart move.

Kevin Jacobs: No, you take it out a little bit at a time.

Clay Clark: Yeah, and at 65 or the age that it’s set with your plan that you can then start taking out without penalties, you can take it out whenever you want, but there’s penalties and taxes accrued.

Clay Clark: Well here’s an example, just as an example, if you were to take, let’s say, something like 7,000 bucks and you put that into some kind of savings that would produce for you an annual return of let’s say five, 10% a year. You can go online, you can find your calculators, it’ll show this to you, but the money compounds. That’s what I wanted to break down is compounding. I remember the profundity of compound interest just didn’t make sense in my mind for a while there, so I want to make sure I’m getting this. Okay, so for simple math, let’s say that I have invested, Z, 3,000 a year for three and a half years.

Speaker 9: Broadcasting live from the center of the universe, you’re listening to the Thrive Time Show. home base to the best business coach program in the world.

Clay Clark: So I’ve got $10,000 invested and I never invest another dollar again.

Robert Zoellner: Okay, I got it.

Clay Clark: Where does the compound … What does that mean? Where does it start to get exciting?

Kevin Jacobs: Well, it really gets exciting you just seeing that money work and work work, and you’re letting money that you earned make money for you. Now, the one little caveat that I want to put in there-

Kevin Jacobs: This is just the financial planner inside of me-

Clay Clark: Give it to me.

Kevin Jacobs: Not ever year is going to be 10%, just remember, this is an average. So Clay just used the number 10%, it might be five one year, it might be 20, it might be negative 10, we are not sure, but just consistently … That’s why I teach my clients to save on a regular basis, it’s just like working out. If I try and train for a marathon and I knock it out in a month, I’m not going to feel good afterwards because it only was a month. But if I spread that training out over a long period of time, so if I spread my savings out, do a little bit over a long period of time, then I’m going to reach financial success, financial security. In my business, how do you reach financial security one step at a time? It’s just taking advantage of that opportunity, the free money that’s out there, not just from your company, Dr. Z, but also from Uncle Sam, but also from the money that is being earned from the money that you’re saving.

Clay Clark: I want to give you a business coach example. Back in 1999, when I graduated high school, the stock market was around 10,000 points. What is it today? What’s the Dow Jones-

Clay Clark: 21,000. I remember I had a professor back in the day named Mr. [Orquist 00:40:33] and he understood that I was a very aggressive learner and he pulled me aside … I remember this story, I never shared this story, but it’s a great story. I remember talking to him one day and I said, “Hey,” he says, “Clay, what are you going to do next year?” I was a junior, so this was ’98, and I said, “Well, I’m going to opt out of high school early, I’m going to go college early. Thought about even dropping out and just starting my own thing, I just see no point in being here.” He says, “I know.” (precursor to the business coach program)

Robert Zoellner – Business coach program CEO: Yeah, and I think Dow Jones overall average is what? 12%? [inaudible 00:42:10] is what the Blue Chips, they give it about 12%, and it’s the run of seven. At 12%, every seven years, your money will double.

Call us today to learn more about the Thrive15.com business coach program.