The business coach and business coaching Thrive time show on your radio, one, two, three here we go. My name is Clay Clark. I’m a former SBA entrepreneur of the year and to my left, to your right there if you’re listening at home but facing us which would be a weird thing but you could do it. 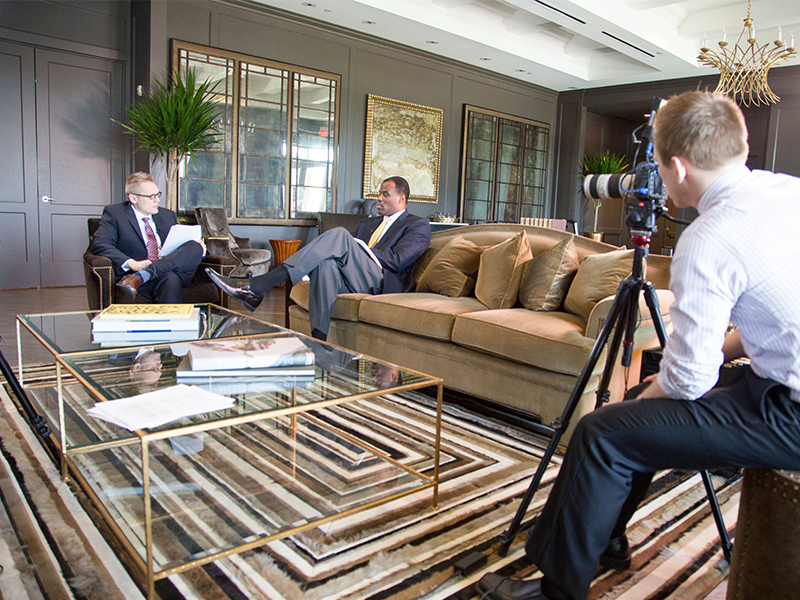 Dr. Zoellner: You could do it.

Clay Clark: We have DJ Jazzy Z. DJ Jazzy Z. It’s Doctor DJ Zellner, business coach extraordinaire. I’m telling you, this guy, I’m telling you what. He missed his calling. He might say well I’ve been a successful optometrist and I would say, loser. Cause he secretly wanted to be a disc jockey and whenever I would go creep into his business, my wife worked there as the front desk person and as one of the test prepper people. When I would go in there, he wouldn’t make eye contact with me. He kind of wouldn’t acknowledge me. He always seemed kinda very busy and I realize what it is now that I have studied the human mind so much. I realize he had a yearning and a burning desire to become a disc jockey and he was experiencing what we would call dissonance because here he wanted to throw his financial success away and to become a DJ and to have an oath of poverty. He had to become almost like a monk of disc jockeyness.

Dr. Zellner: Whoa, time out. Pump the brakes. You were a DJ and I think you had what, you were doing over 4,000 events a year. You sold that business for seven figures. I don’t really hear poverty in the DJ mindset there.

Clay Clark: I will tell you that what I did, was I made a commitment and oath of poverty when I decided to become a disc jockey. And then I just lied to myself and broke that oath. That’s what I did before I became a business coach

Dr. Zellner: Apparently, you did because you were very successful and you know there’s one, there’s only one little bitterness I have in my heart.

Clay Clark: What is that bitterness? Turn it into betterness.

Clay Clark: It did, it did. We’re just now working through that, we’re just now learning to kinda get things done and to push through the emotional distractions. Today we’re talking about the art of getting things done. How to get things done, because in a perfect world everyone would get stuff done. This is my morning, so you tell me if you can relate to my morning.

So I get up, I plan out my day. I don’t have any emotions in that thing. I get up, I went to work out at 4 am, feeling good, fist bump the trainer. Things are going good. I get in there, take a shower, have my protein shake. Things are going great. I get to the office, now it’s about 5:30am, things are still good. Then some says, at 5:30am no kidding. Can I grab you just for a second? Here it comes, and it this emotional blockage where somebody doesn’t wanna get something done because of an emotional reason. That’s just a logical thing. You need to, what we are dealing with is specifically relocating someone’s desk from point A to point B because of the logistics as we’re growing it makes more sense to do that and it’s like yeah, I kinda like it over here. I just don’t wanna be over there. I’m just so used to that area. Come on, you gotta move. And so, what happens are these distractions are keeping many thrivers from getting their actions done. So we’re walking you through the six different steps during hour one of the show today.

Dr. Zoellner: Hold on a second. Hold on there you business coach you. Can I have a minute? The other day one of my employees, I was walking down the hall and they did, they go can I have a minute? And they were person of note, they were a supervisor, and they were someone I should give a minute to. But everything about my body said, I don’t wanna do this. It was just all I could do and I looked at them and I had to be somewhere and I had my bag and was getting ready to walk out the door. And they did, were like hey can I have a, and I was like … yes. And I did it but it was challenging.

Clay Clark: I wanna dedicate this song to you and that person. Can We Talk, by Tevin Campbell.

Dr. Zellner: Can we Talk? That’s a good-

Clay Clark: Have you heard this song? This is a great song. Here we go. I said this the other day and they just walked right by me. Here we go. Lets build up my confidence.

Clay Clark: It won’t take more than an hour.