Robert Zoeller: Bestseller by Michael Lewis. It’s been out for a while, and what Moneyball was all about was using the right statistics to build a winning team on the cheap. And I think what happens is, according to Harvard Business Review … You can google this and read about it. It’s a brilliant study in how people measure the wrong things, how people overthink, or they think that the way they’re measuring is wrong. I mean, obviously, sales growth is important. Obviously, you’ve got your P&L is important. Obviously looking at your earnings per share is important, but there’s three areas that a lot of entrepreneurs get it wrong. A business people get it wrong without a business coach. 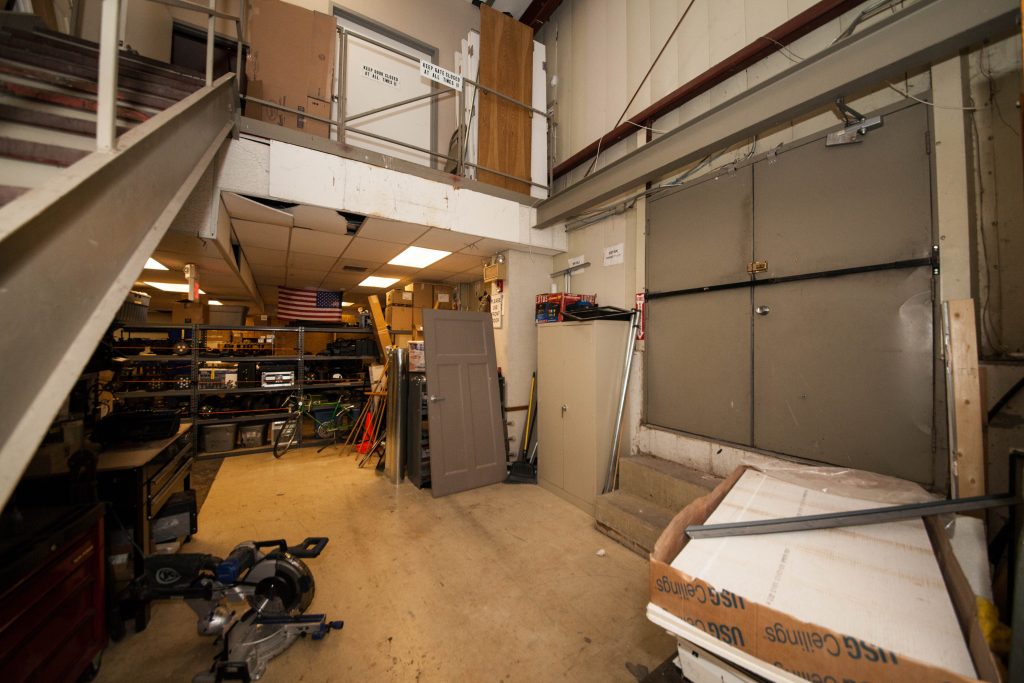 Clay Clark: Could it be said, if I was speaking in Spanish there would be tres reasons?

Robert Zoeller: Wow. Anybody else know another language for three? What about Pig Latin?

Robert Zoeller: A language and a third? Yeah.

Robert Zoeller: Yes. It would tres. When we get back from the break, I’m going to break down these three areas where business managers, business owners get it wrong in the measuring of their business because you got to define, you got to act, and then you got to measure the right stuff.

Clay Clark: Now thrivers, I’ve been taking a tally as a business coach. I’ve been measuring how many times I go to Oklahoma Joe’s, and I’ve been there right now about twice a week, and I’m just noticing that’s a trend. About twice week, I’m going there. Stay tuned. Thrive Time Show, we’re going to teach you how to measure your business. All right, Tulsa, welcome back to the Thrive Time Show brought to you guys by our good friends at E.W. Scripps from Cincinnati. Did you know the E.W. Scripps family, they on HGTV? If you’re on Facebook Live you can see it. They own the Food Network. They own Stitcher. They own 1170. Z, do they not also own 106.9?

Clay Clark: So they own all the different … I mean, I’m telling you, a great, great group of people, awesome people here. If you’ve not met the folks of the Scripps family, they’re awesome people. Shelby, Travis the executive producer, they’re just neat people that we … Steve Hunter, good guy. It could be said that they are great Americans, Z.

Robert Zoeller: Wonderful Americans. General manager Dave, great guy, and what we were talking about before the break was I had thrown out an example of Moneyball, and that is is that how a team figured out that the right statistics that the other teams weren’t using, they captured upon. I think that’s what Bill Belichick does a lot, too. I know I didn’t want to bring up a Patriot thing, but I [crosstalk 00:57:39] you a little love. I’m going to throw you a little love as a business coach.

Clay Clark: I have a little outtake for you. In his most recent book, Belichick, Brady. By the way, if you want to just manage a team, regardless of if it’s business or sports, it’s unbelievable read for your business coach.One of the things he does is he grades players on a scale of 1 to 10 on these different core areas. One is how likely would you be to let them watch your kids? Two is how athletic are they? Three, it’s like how willing they are to be coachable. The other one was … And they have all these different things, so they’re drafting guys that are not athletic but who don’t drop a pass and are people that are coachable and people that you’d want around your kids over a guy who’s got the fastest 40 time. Because you realize that in the NFL, every time you win a Super Bowl, and they’re always near the top, your schedule get harder the next year, and you lose draft picks because everyone has the same salary cap.

So imagine if are a successful business, and have a successful business coach, then next year … So you grow your optometry to be huge, and this happens a lot in business. You grow up to be huge, and then the next year, all of the sudden, right next to you is your competition, and they have hired all your best players. That’s what happens in football, and so they’ve been hiring away his best players, so he realized, “I have to build a system that’s not dependent upon any player. In fact, I want to be dependent upon people that no one else wants,” and so he has a lot of the same metrics that the Oakland A’s used in the book Moneyball. You can hear about it. And I’m telling you what. It’s fascinating when you can build a team that’s system dependent and not dependent upon people.

Robert Zoeller: And you may be saying, “This isn’t a sports talk show.” It’s not, but the same concepts that a business coach can teach you, but applied to business.

Robert Zoeller: … on building that competitive team is also the same concepts you can use to building your business, so the three areas that business managers, business owners get it wrong when they’re measuring … That’s what I’m talking about is measuring key statistics in your business … the first one is overconfidence.

Robert Zoeller: In other words, they say to themselves, “Well, this is what really matters.” For example, a famous example of an executive at a fast food chain said, “You know what really matters is retention of our employees. No turnover because without the turnover employees, our customers will be more satisfied.” And they just go down with that ship.

Clay Clark: To pile on that because we’ve had some emails saying that you guys don’t talk enough about the Patriots on the air, and I’m like, “Okay. Who am I to deny the Tulsans who love the Patriots who are …?” For some reason, there’s a lot of them here in Tulsa that just love the Patriots. One of the things that Bill Belichick does is he says, whenever there’s gossip on the team, his way he fixes the culture is he just makes them run.

Clay Clark: That’s his whole move. There’s a movie called Dear Job. It talks about this. It’s really funny, but these guys are arguing, and he’s like, “Okay.” Because people want to talk about it. “Hey, this guys said this. This guy said this. This is what happened.” And he goes, “Okay, well why don’t you guys all run,” and they all have to run until they throw up. I think we should have a business coach make us do that too!

Vanessa Clark: That would be kind of fun to see around the office.

Jason Bailey: We could do that. Yeah.

Clay Clark: That’s his whole deal. See, he doesn’t worry about how everyone feels necessarily before the game. He worries about are they getting their job done, and again, if he was worried about the opinion of the team and how everyone felt all the time, he would never win games because you just got to get it done.

Robert Zoeller: Boom. Boom. You got to get it done, and we all have a little bit of overconfidence. I mean, a study came out that showed that most people would that they’re above-average driver. Now Clay, I know you’re probably the worst driver in the world, even though you are the world’s best business coach.

Vanessa Clark: There was a time when you wouldn’t admit that. You thought you were a really good driver.

Vanessa Clark: We’ve brought him down to reality.

Robert Zoeller: The second mistake a lot of business managers, business owners make is availability, and what that means is that the top of mind, the latest thing that happens, all the sudden, they want to change stuff. Something just happened today, and, “Oh, my gosh. This happened.” They’re like, “Change policy. Change the system. Change the plan. Oh, my God. That just happened.” You know? So sometimes the availability of the information or the top of mind that it just happened, or that it was, “Oh, my gosh. That happened. We can’t … We got to …” All of the sudden, and they do a knee-jerk response over here, when in fact, maybe that’s something that’s out of the usual. It doesn’t happen that often. You didn’t really research how often it happens. It was a tragic thing that happened

Clay Clark: YouTube, Tulsa World, Gmail, they’ve all given people these anonymous platforms, so [email protected] writes, “Your company’s terrible. You screwed up my wedding.” [email protected] writes on Facebook … We had a guy write on Facebook. If you’re listening right now and you’re that guy, I want you to email me, and I want understand how it is possible. I just want you to explain it to me. It’s like a TED Talks. Please explain to me your thinking. It’s a dollar for your first haircut. It’s a dollar. That’s the move.

Clay Clark: It’s a dollar. And your first strategy session with a Thrive15 business coach is free.

Jason Bailey: You can get the same-

Clay Clark: It’s a dollar. It’s the first deal. And then he writes on Facebook, “Watch out. They’re going to try to sell you your next haircut for $35.” And I’m like, “I know.”

Jason Bailey: You try it before you go.

Clay Clark: That the … And so he just, he writes it, and he acts like it’s a scam.

Clay Clark: And then his homeless friends all comment on it, too, like, “Yeah. That’s right, man. People today, they’re always trying to upsell you.” So Jason, how do you deal with the social media and people occasionally writing … You know, if you fire someone, they write bad comments on you. How have you been able to manage that psychosis?

Jason Bailey: Well, I think there’s two ways. One, if it really was our fault, we rush to recovery, obviously. We want to make that person happy. Sometimes people don’t even tell us that there was a problem, and they’ll just go right to social media, so that’s kind of frustrating, but we usually reach out to them, try to figure out what’s going on. But the other side of that is some people are just, I hate to say it, but just unpleasable sometimes.

Clay Clark: This is the customer. This is what he’s saying to you. You go, “Sir. What’s wrong?” And this is what he would say. “Excuse me, sir. So tell me what happened.”

Clay Clark: What would you do?

Jason Bailey: You’re going to have customers, unfortunately, that are unpleasable, and they expect everything, and it’s just not possible to please them. If somebody posts something on Facebook or wherever, we always try to react to it, but I definitely sleep very well at night either way. It’s something I’ve … If you worried about every single person’s opinion, then you would just never sleep. You would just be crazy trying to respond without a business coach.

Vanessa Clark: You couldn’t be a business owner, could you?

Jason Bailey: No. You couldn’t so …

Vanessa Clark: Because there’s too much.