Business Coach Numbers With The Gurus 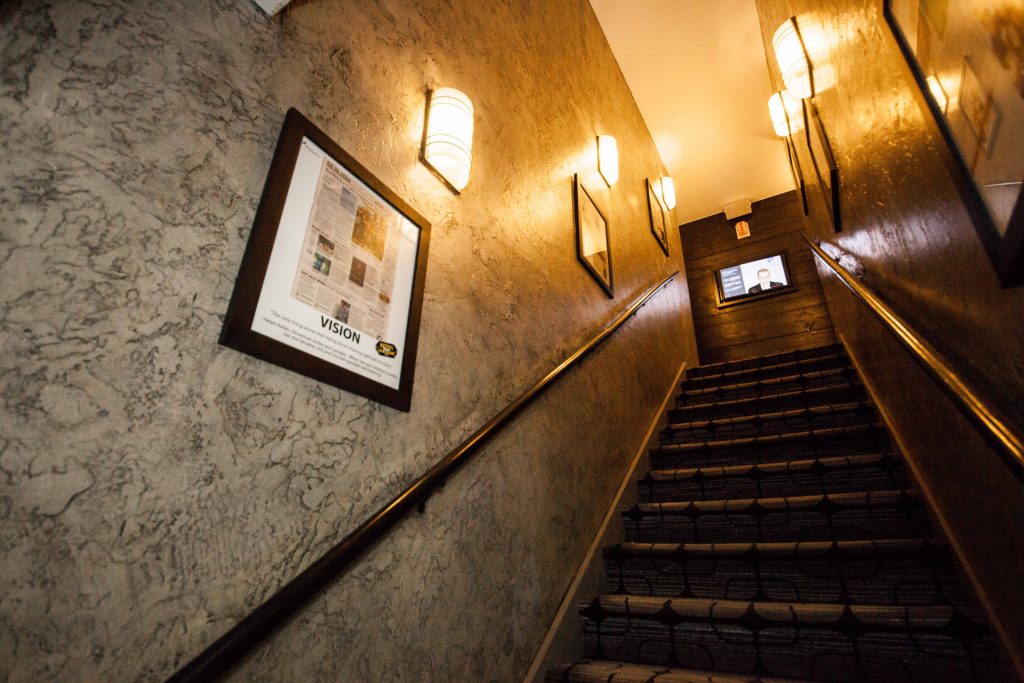 Robert Zoellner Business Coach Program CEO: I’ll tell you what, you want to detail cars and not charge people, they’ll be lined up around the block, trust me. “Hey, I’ll get you next Tuesday on that, thank you for the detail. How you doing? How you doing?”

Clay Clark Head Business Coach: I see a lot of entrepreneurs doing that, man, they’re out there, they’re-

Robert Zoellner: You’re trying to get them gathered up-

Clay Clark: Bring them in.

Clay Clark: I can absolutely remodel your kitchen.

Clay Clark: I could put on what you would call crown molding.

Clay Clark: Enhanced scarped wood floors? I do that.

Clay Clark: I do it all.

Robert Zoellner: I do it all.

Clay Clark: I make what you would call … You typically have a bathroom, you know, Z?

Clay Clark: I call this thing a bidet, it’s new to Oklahoma.

Robert Zoellner: You’ll love it, Mrs. Johnson. The thing about it is, is that the real good salesmen, a lot of construction guys, a lot of contractors, they’ll answer you questions specifically, Clay, they’re really good sales people, but you know what? It’s of the collection … Listen, if you’re listening out there and you’re like, “Oh, that’s me.”

Clay Clark: I have found myself in this spot.

Robert Zoellner: She sent it to the wrong email.

Clay Clark: Her voicemail’s full right now, she’s going though some things. I want to help out Mrs. Johnson, my business-

Clay Clark: My business, to me, is more of a ministry. It’s irreligious-

Robert Zoellner: You’re turning it into that, but I’ll tell you what, I’m going to give you the keys to the kingdom right there. If you’re not good at collecting, hire somebody that that’s their sole job is collecting.

Clay Clark: There’s some sick freaks out there that love that.

Robert Zoellner: And they’re good at it.

Robert Zoellner: They’re good at it. It’s kind of like accounting, you’re kind of like, “Man, I can make a lot of money, I can sell a lot of stuff, I can collect the money, but I don’t know where it all-“

Robert Zoellner: Whichever mouse you are-

Robert Zoellner: You’re apparently a mouse right now. That is, you’ve got to get over that. If you don’t have that fortitude in you, then hire someone who does and say, “Listen, you’re going to be my go to collector, here’s the doom, boom, boom, boom, here’s the moves you’re going to do, and you’re going to go out there and get that money. That’s going to be your sole job is to collect, collect, collect.” You know what? After a while, you’ve got to get someone that kind of has the fortitude for that, but you get the right person in that job, it’s like anything, you put the right person in doing the right job, and all of the sudden now it’s just like, the lights come on. It’s the-

Robert Zoellner: It’s like the heavens open a light shines through and it’s like you’re on a spotlight on a Broadway play, opening production.

Robert Zoellner: You’re just out there and everybody’s silent, except one dude over here’s chewing on popcorn and you can hear him [crosstalk 01:04:35]-

Robert Zoellner: The light’s coming down and you’re like, “This is what it’s like to be on Broadway.”

Robert Zoellner: With the light coming down and it’s awesome. You’re just so happy.

Robert Zoellner: You know what? You go, “Okay, I get it. I get it.” So if you’re not good at it, hire someone who that’s their job to go do it.

Clay Clark: You just said the word super [crosstalk 01:05:12]. I’m telling you what, nothing is more super than Oklahoma Joe’s baked beans. So you Thrivers, you run over there as fast as mathematically humanly possible, get on over there, get those Oklahoma Joe’s baked beans, and come back and join us as Kevin unloads how to super fund your savings.

(music) It’s the Thrive Time Show on your radio. Welcome back. My name is Clay Clark, the former SBA entrepreneur of the year, sent here on a mission to get your wallet in a healthy position and inside the box that rocks today we’re joined with business coach and executive coach, he’s grown a business from two people to 450 people, it’s Mr. Tim Redmond joining us. Sir, we thank you for being here [crosstalk 01:06:14]-

Clay Clark: We can capture your unicorn glory. Thank you for being here, how are you doing?

Tim Redmond: Well, I am doing pretty doggone good and I’m excited to be part of the team here.

Clay Clark: Well this is kind of the final segment of our Friday edition here. We’re very excited, we’re talking about-

Clay Clark: We do.

Clay Clark: Oh, I get so excited. So we have two more segments for Tim Redmond inside the box that rocks?

Robert Zoellner: It’s going to feel like one segment, but it’s really going to be two.

Clay Clark: Okay. I don’t want to do the math on that, it’s very, very painful at this point. By Friday, I’ve already mentally escaped into my Friday just awesomeness. I’m super excited about Oklahoma Joe’s and baked beans and burning things at the man cave there, the man path. Now, we’re talking about sowing and reaping, and before we left there, Kevin, you were going to tell us the next tip here. If I’m 30 years old, I want to retire with a million bucks, what’s the next step? What do I need to do?

Kevin Jacobs: Okay, so step six, we increase the 401k or whatever savings plan that we had. Step seven is what I would call payoff priority two debt, home equity lines of credit, student loans, things, medical bills, things like that. Now, from there, you actually-

Clay Clark: I’ve got to be vague with it, I cannot be specific with this, it’s a furniture store, I probably was even too specific.

Clay Clark: But here’s the deal. We do zero money down for 18 months, I helped these guys, we set it up, we’re working. My job was to kind of come in there and build a system, and by the way, there’s a company called Synchrony Financial that’ll make it happen, for jewelry we’ll do it, Synchrony will do it, for furniture they’ll do it, on appliance we’ll do it. You go in there and the move is to say, “Hey, let’s go ahead and see how much you qualify for.” So Z, tell me if you’ve ever seen this situation. Couple walks in and the sales guy at said furniture store, wherever it may be, there’s like 14 guys that immediately approach you, “Have you been helped today?” You’re going, “Yeah, I have,” and they go, “Oh, well if you need something, let us know.” All 14 at the same time are saying, “If you need any help, let us know.”

There’s 14 guys, like a SWAT team, they follow you around, one of them gets kind of close to you and they say, “Hey, have you looked into our … Are you looking to pay cash? Are you wanting to finance this? What are you thinking?” “What do you mean finance it?” “Well we have a program, have you heard about our new program?” “No.” “Well for 18 months, no money down, you could furnish your whole home. The entire deal, for as little as $800 a month.” “What do you mean?” “Well let’s see what you qualify for.” They come back, the customer comes back from that little financing counter, they come back, they’re approved for $8,200-ish. $8,200.