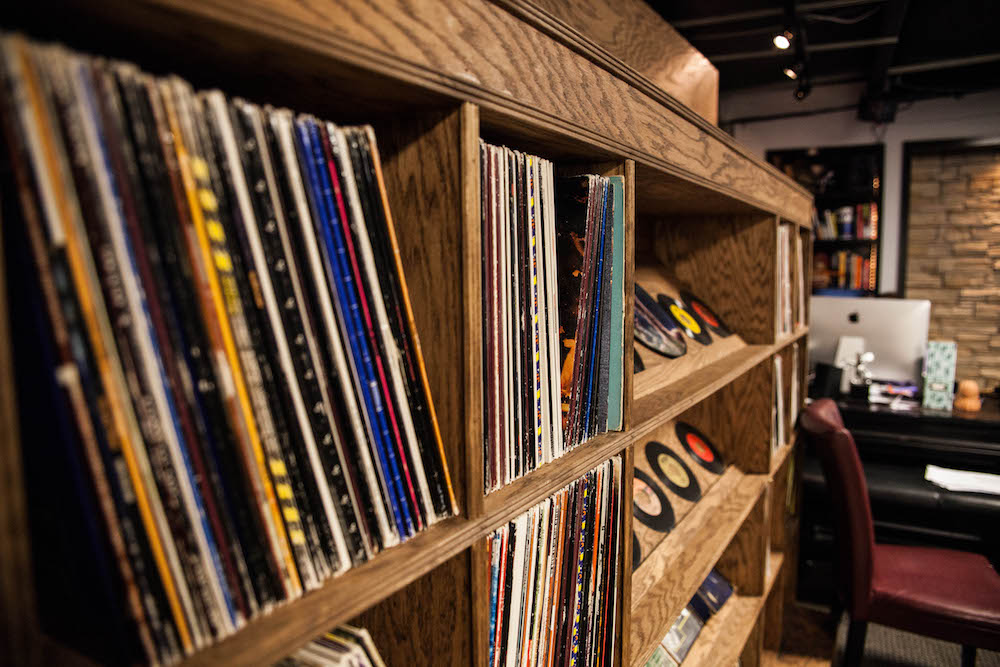 Announcer: Now, podcasting from the center of the universe, and the Thrive15.com world headquarters.

Announcer: Presenting the world’s only business school without the BS, with optometrist and entrepreneur, Dr. Robert Zoellner, and of course, world business administration entrepreneur of the year in your ear and business coach, Clay Clark. It’s the Thrive Time Show on Talk Radio 1170. Three, two one. Boom.

Clay Clark – Founder of the business coach program and head business coach: All right, Thrive Nation, welcome back into the conversation, the Thrive Time Show on your radio. For many of you, this is kind of like your daily encouragement. For many of you, this has become your self-help destination. For me, it has become the highlight of my business career. I just enjoy taking two hours a day to connect with you and to answer the questions that you’ve been sending us via e-mail at [email protected]

Today’s entire show is focused on answering a question from a Thriver and  we have in Michigan. We have a Thriver who apparently went to ThriveTimeShow.com, and began downloading our podcasts. He listens faithfully every day, and if you go to ThriveTimeShow.com, you can click the “listen live” link. He says that’s what he does. He also watches on Facebook Live from time to time.

Apparently the main thrust of how he hears the show is he goes to ThriveTimeShow.com, and he clicks the little “listen live” button and he downloads the podcasts whenever he misses a show. His question, I’m paraphrasing, but it’s “What is the right mindset that I need to have to become a successful entrepreneur?” I think that is an awesome question to ask. You talk about mindsets. The team and I, we did some research, we put together, we interviewed some of the top entrepreneurs all around the city, members of our Thrive15.com mentorship team, and we put together the 11 mindsets that will absolutely destroy your chances of success. They will make it impossible for you to have success.

We also documented the single mindset that you need to have if your going to become a successful entrepreneur. That mindset is you must have a growth mindset. You must have a mindset that is growth-focused, and that is coachable. You might say “Well, what exactly does it mean to be coachable?” The CEO of Google, Eric Schmidt was being interviewed in a Fortune Magazine interview there, and they asked him “What’s the number one advice that you could give to any entrepreneur out there?” Anybody who’s struggling to grow the business or who wants to take their financial game to the next level.

He said this, I’m going to read you the notable quotable from Eric Schmidt, the CEO and chairman of Google that was featured in Fortune Magazine. If you Google this stuff, you can find it in Fortune Magazine. He says the advice that sticks out, I got from John Doerr, who in 2001 said “My advice to you is to have a coach.” “The coach” he said “I should have is Bill Campbell.” I initially resented the advice, because after all, I was a CEO. I was pretty experienced, why should I need a coach? Am I doing something wrong?

My argument was “How could a coach advise me if I’m the best person in the world at this.” He’s a CEO of Google, but that’s not what a coach does. The coach doesn’t have to play the sport as well as you do, they have to watch you and get you to be your best. In the business context, a coach is not a repetitious coach, a coach is somebody who looks at something with another set of eyes, describes it to you in his or her words, and discusses how to approach the problem.

I think that this is the thrust of the entrepreneurial mindset you have to have is, one, you have to be coachable, and you have to be growth-focused. You said “Okay, well, thanks a lot, but I want to break that down into a specific action that I need to take.” I’d encourage you to write down these three action steps that you’d want to take if you want to become a successful entrepreneur, and you really want to take your mindset to the next level in order to accomplish that.

Action item number one from your business coach is you definitely need a mentor or a coach in your life. I know that might feel kind of self-serving for those of you who listen who know we have the world’s best business coaching program. But let’s take Thrive 15 out of it. Let’s just say that you’re not going to use our services, that’s fine, but you need to have a mentor or a coach or somebody that can just help you to really push you to be the best you can be. As I think about my career, and I think about the people that have pushed me, one name that comes to mind is Clifton Taulbert. For those of you who don’t know Clifton Taulbert, he is sort of a Tulsa treasure. He helped introduce the StairMaster into the marketplace. He’s one of the first African American bankers west of the Mississippi. His life was actually turned into a movie called “Once Upon A Time When We Were Colored.”

Years ago, I cold called Mr. Taulbert, my family, I knew the Taulberts through church, I wasn’t very close with him, I didn’t know him very well, and I just wanted him to mentor me, to teach me what to do. One of the things he focused on was that you’ve got to have this entrepreneurial mindset, and it’s got to be this growth-focused mentality. Move number one is find a mentor. When Clifton was telling me what to do, I’m going “Okay, I’m not going to argue with you, I mean, you helped to introduce StairMaster into the marketplace. You’re a guy who started your own bank, you had your life made into a movie called ‘Once Upon A Time When We Were Colored.'” By the way, Siskel and Ebert (Ebert was not a business coach), back in the day, gave this thing two thumbs up.

I’m not going to argue with a guy who has had that kind of success. Find a mentor or a coaching program that has proven results, that can help you get to where you want to go. Now, step number two is you want to invest one to two hours per day planning out your day, organizing your life and self-examining where you are and where you want to be in these six areas, and I’m going to read them out here to you. That’s faith, that’s family, that’s friendship, that’s fitness, that’s fun, and that’s finances. You say “Okay, but what does that look like?”

Well, here’s what you do. I’m broadcasting today live from the man cave, where we’re always learning and burning here. It’s, to describe the man cave to you, it’s sort of like you’re walking into a speakeasy or a bar, in Austin, Texas. I’m surrounded with American swag, a lot of New England Patriots décor, a lot of entrepreneurial books. In this room, every day, I wake up two hours before I see a human, and I contrast where I am versus where I want to be. Then what I’ll do is I will go ahead and get out a sheet of paper. In my case, I actually pull up my Excel, I use Google Sheets, which is like Google’s version of Microsoft Excel, and I will type down the action items that I need to take today in order to move from where I am to where I want to be.

One of the things that I’m working on right now as a business coach, just today on my business coach to-do list, I’m trying … I know I seem stupid to you guys, but this is what I’m doing, I’m trying to build a large eight-foot wall around our property, and I’m putting barbed wire behind it, and I want to put up a big wood gate with the letter “C” on it, and I want to plant fruit trees. In total right now, we have over 40 trees that we’ve planted, but I have this vision for how I want our home to be, and it’s not going to happen overnight, but I can contrast where I am today versus where I want to be, and I can begin to schedule action items to get those … To turn my dreams into reality. What are those steps?

That’s kind of been my family area. Now, for faith, I like to listen to T.D. Jakes, not a business coach, every single day. As far as fitness, recently, I’ve engaged with a personal trainer that I’ll be spending time with. I don’t want to bore you with all my details, but what I’m saying is what about you? Wake up two hours before you see somebody, some of you listening who are going “I’m actually kind of more of a evening person, you know, I like to go to bed around 2:00 PM, or 2:00 AM.” Well, guess what, you’re kind of in that Dr. Zoellner category, that’s fine. Dr. Z stays up late, he typically is going to bed when I am waking up. I like to wake up around 3:00 AM, and he likes to go to bed, I would think, around midnight, 1:00 AM, that kind of thing.

The thing is you have to take at least two hours a day, I would encourage you, at least two. If you don’t have time for two, maybe just take one hour a day, but schedule a specific time every day where you will get up, and you will contrast your life versus from where you are to where you want to be in the six areas. We call this the F-6. If you ever come out to a Thrive15.com workshop, and we have our next in-person two-day workshop is coming up on March 24 and 25, I believe. If you go to ThriveTimeShow.com, you can get all the details right there. Basically, our in-person workshops, we cover the specifics of how to design a life that you’re going to love living.

You can find out more about the business coach program by going to thrive15.com