Business Coach Stay In Touch With Your Customers and Prospects

And now, sport casting from the center of the universe and the thrive 15 dot com world headquarters presenting the world’s only business tool without the BS with optometrist and entrepreneur Doctor Robert Zoellner. For small business and entrepreneur of the year in your ear business coach Clay Clark it’s the thrive time show. Three, two, one Boom. 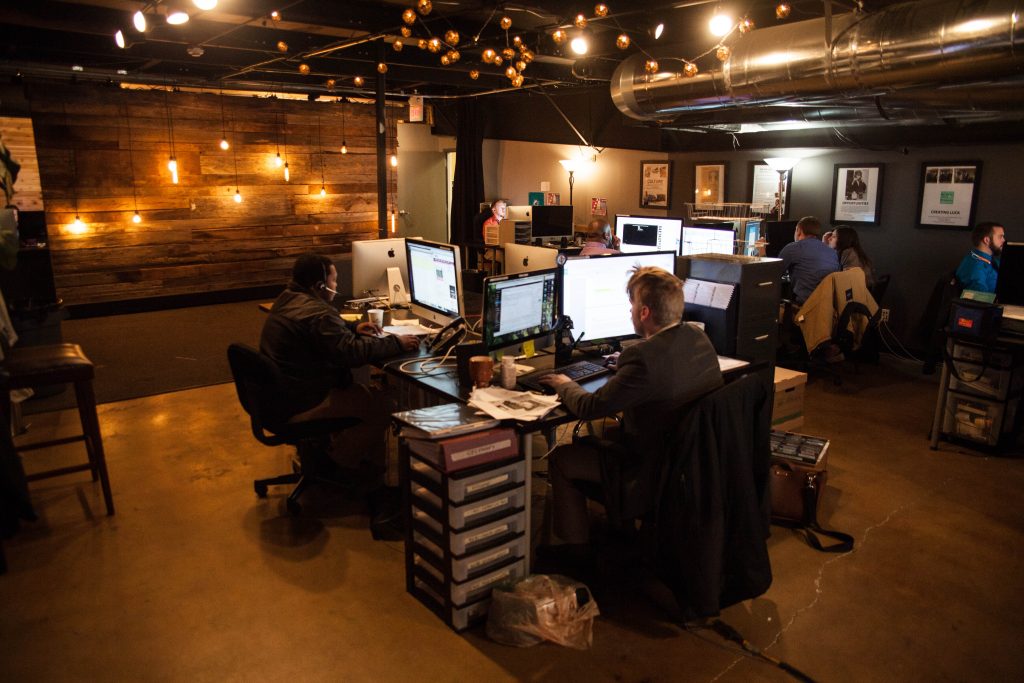 Clay Clark: One, two, two into the three on the microphone. Guess what it’s me. My name Clay Clark, I’m the former S.B.A. entrepreneur of the year sent here to entertain and educate you. I could not be more excited to be with you today inside the thrive 15 dot com box that rocks for two reasons. One, I believe that your life matters. I repeat, this just in, I believe that your life matters. This just in.

Point number two, I don’t believe that anybody else cares about your success more than you and me. I’m telling you, a lot of people say I’m praying for you, I’ll be thinking about you, let’s stay in touch but how many people are there every day encouraging you, calling you, waking you up saying you can do it. I’m telling you what, this is the daily encouragement show. If you need that daily Jojo of mojo, kind of an escape from all of that negative nastiness that is out there, the thrive time show is for you and today we’re talking about a subject that I’m especially passionate about.

Now if you’re a start up, maybe these moves won’t work for you but if you have 100 customers at least, if you and your business coach do these ten moves I guarantee you, you can increase your sales by at least double. It’s a game changer. Okay. On the show today I brought on the founder of the Elephant In The Room men’s grooming lounge. Full disclosure that is my brother in law Justin Moore. But the thing is that Justin, yeah he’s my brother in law but the thing that’s exciting is that when he was doing the build out for the Elephant In The Room, guess who wasn’t there? Me. When he came up with the idea for the business, guess who wasn’t there? Me. When he decided to say you know what, I really, really, really want to do this and I know you don’t want to. Guess who wasn’t in his corner? Me. After I finally realized the experience and value that can be brought to it, guess who decided to join up? Me.

But he had to believe in his idea. He had to plant that seed, water it, encourage himself, nurture it, get himself white hot like a white hot burning flame. Get himself so excited that he could become contagious and share that vision with me and that’s why he’s qualified to be on this show. It was his idea, his burning desire that was required to light that fire to make that business happen.

So we’re talking about these ten moves today to stay in touch with your existing customers and prospects. So Justin, I’m excited to have you on the show today to talk about business coaching. Let’s get into this first move, my friend.

So move number one, you want to compile a database of your current or former customers. So Elephant In The Room, I’m not asking you for a specific number, all I can say is that we’re currently on pace to add another six to seven thousand members this year. That’s pretty crazy. Six to seven thousand more members. So for someone who’s listening right now and they go what’s a member, how do you become a member of a hair cut place? Men’s haircuts? Do you have memberships? What is this, like a country club? What’s a membership? What’s a hair membership?

Justin: A hair membership. Right. So let’s talk about the compile of the database. So Elephant In The Room has a substantial database now. That’s worth a lot of money. Just think about Facebook. You open your Facebook page right? And people buy likes because people want to be where people are right? So it took awhile to find these people and they’re just not going to flock to you because they’re not looking for you, they’re looking for their job, they’re looking for their grocery store, looking for their home, and that’s what they do. You have to get their attention so we built that up. Having a business coach really helped.

I first actually cold called people to get them in. That was the move, grind, grind, grind. But once you get big enough then people tell their friends and get different moves like that but it took awhile. That’s like our golden nugget now that database of people.

Clay Clark: Fake it until you make it.

Justin: Right. There you go. So I talked to them with that confidence and the script that i wrote with my business coach actually went something like this, Hey Clay this is Justin from Elephant In The Room. You probably heard about us, we’re the new men’s grooming lounge in town.

Clay Clark: Yeah I think so.

Justin: Yeah. Well, hey, your buddy was in the other day and he actually gave me your information and said that you’d actually love our facility and I want to invite you out for your first visit. It’s actually on me. So what works best for you? Sometime during the week or weekend?

Clay Clark: I guess on the weekend.

Justin: 10:00? All right, I’ll text you that email confirmation and that’s how it goes right?

Clay Clark: Who are you again?

Justin: So one, as far as attire goes I wanted to look approachable and friendly. So I cut my hair, in such a manner. Maybe a business part, business suit. I wanted to give myself the advantage. Then I would go door to door and I’d talk to people before it’s full and I wanted to be friendly and give stuff away. So if you’ve been to Target or Sam’s Club on the weekends they do, they give away little sample of food for free. I just stole that move.

Clay Clark: So here’s the deal. So what Justin did was hired a business coach, I want to make sure we’re unpacking what we’re learning here. So one, you cold call people you didn’t know. Two, you were willing to change the way you dressed. You dressed up sharp, you had dress clothes on, you got a business haircut. You went in there and then you offer people something of value for free because it was a freemium model if you will, like Dropbox or Facebook or Linkedin or samples at Chipotle or samples at Chik-Fil-A at the mall.

Justin: Try before you buy. A business coach move

Clay Clark: Try before you buy. And you got people in and then once you got them in, you had to build that database. You probably switched them, I’m not asking you for the specific software you used there or any of your super secrets or anything. Have you had to switch a few different database programs? Have you had to switch to a couple of different ones? Or have you found one that you like now? How long did it take you to find a database for keeping track of the customers?

Check out this Forbes article to be inspired as an entrepreneur with a business coach.

Justin: We’re probably on our third or fourth software and it’s been five years. I say that because we have a unique model and unless you’re building your own custom software there’s some things you got to tweak. But, I will say this, right before we opened, it was probably two days before we opened, the software that I was currently going to use, I couldn’t teach myself within 24 hours so I freaked out, through it out and just went with google calendar.