So here’s the deal business coach listeners, you start off, you commit to a ten-year game plan. You say, “I’m going to commit to doing this until we’re great.” So your coach, who was your coach? Who was this crazy guy teaching you ladies standing flipping not using your arms? It’s not safe that way. Who was your coach? 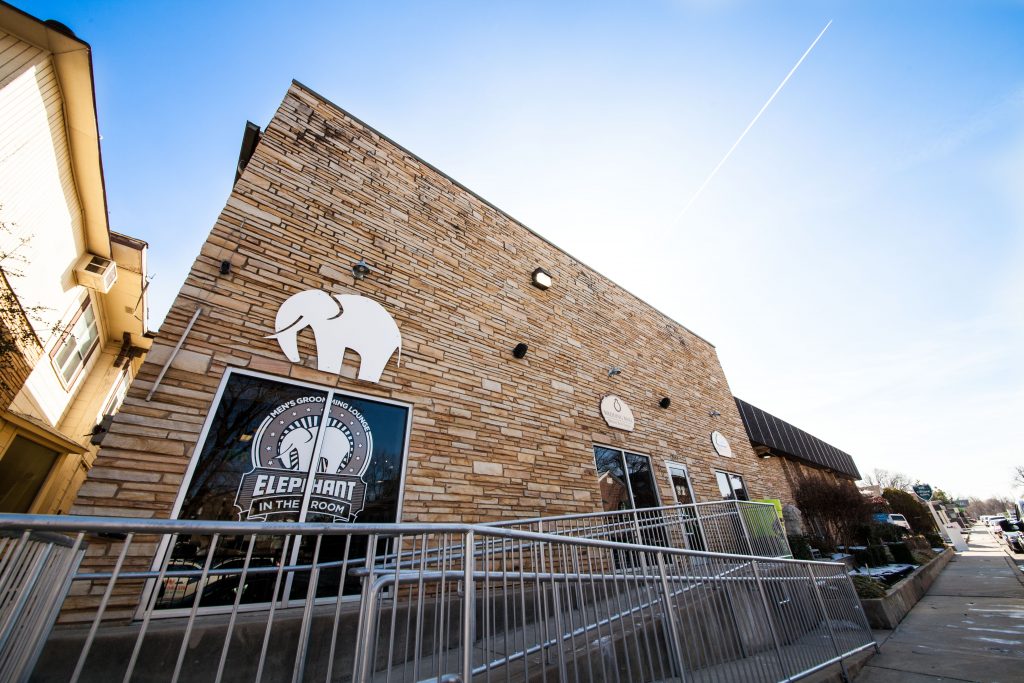 Vanessa: So his name was James Speed, but he basically, just like you said, he had a standard of skills, which anyone has in a business or anything you’re looking at doing, and then set us up for success saying, “This is the process you can take to learn these skills or hire a business coach.

Clay: Whoa! Nobody has what you just said! You said, “I think everybody has it.” No one has it.

Vanessa: No one has it?

Vanessa: That is so sad? Why do people not have this? They need it like they need business coach sessions..

Clay: So, I’m going to brag on Kirkpatrick and Lai. Sharita, have you met one of our business coach clients? Dr. Joe Lye?

Sharita: I have. Such a sweet, kind man.

Vanessa: Doing my daughter’s- Our daughter’s braces right now and her teeth are looking amazing.

Clay: Now, here’s the deal. There’s two things. One, if you’re twelve or younger, my daughter’s not available for dating until she’s 47. Because that’s a mature age. I’ve thought about it. 46, too young. 48, too old.

No, but Dr. Joe is a great guy. And what he realized is, “Hey, I’m a great orthodontist. People, they come in, their teeth aren’t straight. They leave with their teeth straight. They might have some jaw problems, they leave and their jaw is fine.” He has a long record of great reviews. If you actually go online and you search “Kirkpatrick and Lai” you’re going to see his reviews. The top orthodontist. He has a zero money down payment plan. Very flexible. He’s just a great person and a great business coach client.

But what Joe realized is, “Hey, I’m not a search engine expert. I’m not a sales expert. I’m not a marketing guru. I’m not a brander. I’m not a logo designer. I’m not a videographer, photographer, drone guy, online commercial maker, social media ad maker.” So he reached out to us to help him as a business coach. But what’s exciting about business coaching is you get a chance to learn something from every client. And one thing that I learned from Joe, and that I totally admire, was he has a regimen when it comes to training his people that is on par with a professional sports team, or maybe what you’re referencing Vanessa in cheerleading. But he has the skills that everyone has to have, and you have to test out and pass those skills, and demonstrate a mastery of those skills before you can move on.

And so I’m just encouraging you, Thriver out there, what is the skill that you want to become great at? Think about it. What is it that you want to be truly awesome at? Because ten years from now, unless you get hit by a bus, you’re going to be alive ten years from now. And are you going to be great at anything? Or are you going to be mediocre at a bunch of stuff? Because society would pull us and steer us and tell us that, “You’re eccentric. You’re spending all your time playing the piano. When are you going to come hang out with us?” And you go, “Never. I’m playing the piano until I’m great.” And so if you study the lives of Stevie Wonder, or Tulsa favorite Ryan Tedder, or you look at anybody who’s great at anything, they have spent a disproportionate amount of time focused on that thing.

So I want to go back to your high school cheerleading career here. How many hours a day, Vanessa, were you spending cheerleading back in the day?

Vanessa: Well, back in the day, we had a lot of tools at our disposal, which is great, because our coach owned the gym, so he said, essentially, “You can come as much as you want for this flat fee, and I’m not going to charge you any more.” So when you have access to tools and people to mentor us, our coaches to work with us on the skills, our team practiced together, during the slow season, four hours a week. Now when it came to prep for nationals, it was every day. But, yeah, on average it was four. And then I would come on my own an additional two hours.

Clay: How many hours a day?

Clay: How many hours a week, roughly?

Clay: Think about the compound amount of hours. So you’re spending, in a given month right there, 30 hours a month, 360 hours a year, and for how many years was it?

Clay: Five years, yeah. So you end up looking at that, you spent a lot of time. And a lot of people out there, they go out there and open a business, but they’re spending no time to work on the business. They’re just working all this time in the business, but they’re not taking time out of their schedule to work on it, and therefore they’re not developing any sense of mastery on something.

Vanessa: And I think one of the key things, though, is you want to work on something, whatever that skill is, but you need the tools to do it. If I would have spent the same amount of time, but didn’t have the wisdom of that instructor-

Sharita: Sure, if you were doing it just in your backyard, trying to figure it out.

Vanessa: He was like the best of the best. And just the mindset, and all that. You’re not going to have the same results. And even just being able to have access to his gym, his coaches, and also like I said the mindset. So I know what you’re saying about working on the business. But also, what tools are these listeners using? And what tools do they have available to them? Because it does make a huge difference.

Vanessa: Than grasping around in the dark trying to figure it out.

Clay: Well, I would say this to anybody listening right now, is you have to find an apprentice out there. So step number one is determine your life’s work. If you don’t know what it is, go back and listen to yesterday’s show at ThriveTimeShow.com, listen to that show, figure out what do you want to do with your life?

And the third thing is that you want to commit to ten years of doing something, and moving forward you’ve got to break down your big goal into daily tasks. You’ve got to set these rigid and tough deadlines. So often we’re not setting any daily deadlines for anything. I know a Thriver I’m talking to- If you’re the Thriver I’m talking to right now, why is it taking you six months to get a lease? Go sign that freaking lease. You’ve got to break it into some steps, and get that- No lease should take six months to get signed. Thriver, if that’s you, you know I love you, but quit taking all that time. Sign that lease.

Welcome back to the Thrive Time Show on your radio. This is the show that will get you on the good foot. It’ll get you on a good rhythm, a good mojo, pretty soon you’ll be running around high-fiving people you don’t know. You’ll be driving over to the [inaudible 00:14:27] cleaners, be getting your cleaning, and just be high-fiving people you don’t even know. You’ll be going to the grocery store, going around high-fiving the meat man saying, “I love that angus beef! I love that!” You’ll be high-fiving the sushi man. You’ll be having the best day of your life as a result of this show. I’ll tell you what, this show is the show that you go to because you want to be not only inspired, but you want to learn what’s required to get there. It’s okay to run around being inspired and to be excited about life, but eventually you have to get down to the details of, “How do I make this happen?”

And so inside the box that rocks, we just had a super guest sneak in here. This is a guy Tulsa’s getting to know for their weekly updates. This is Phil the Thrill, with Anchor Financial and a great business coach client. Phil the Thrill Pickle, how are you sir?

Vanessa: I love the name. Phil the Thrill.

Clay: How many people call you Phil the Thrill?

Phil: I can’t think of anybody off the top of my head.

Vanessa: Oh, this is new.

Phil: But I think it’s kind of catchy.

Phil: Been called that a lot.

Clay: Your last name is Pickle. Do you get any pickle nicknames that we could say on the radio that are okay?

Phil: It was just Pickle.

Give Phil a business coach BOOM!