And now, broadcasting from the center of the universe, at the thrive15.com world headquarters and business coach center, presenting the world’s only business school without the BS, with optometrist and entrepreneur Dr. Robert Zellner and of course small business administration entrepreneur of the year in your year, Clay Clark, it’s the ThriveTime Show! 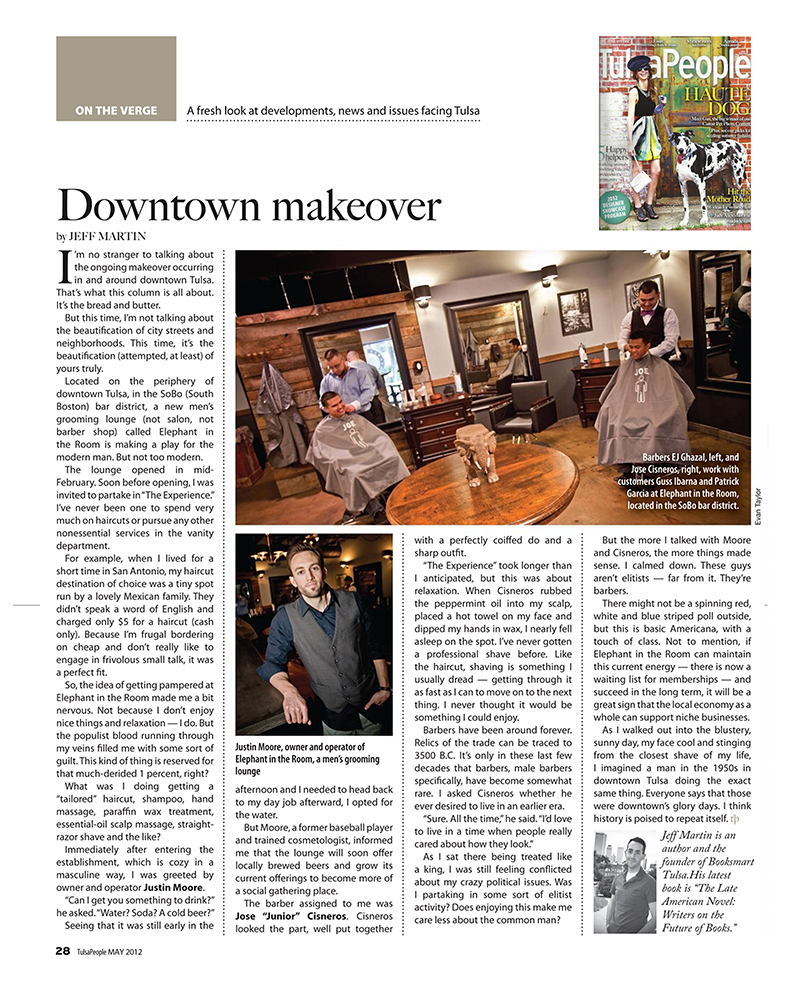 Clay Clark: Boom boom boom, welcome back into the business coach room, it’s the Thrive Time show on your radio, my name is Clay Clark, the former SBA entrepreneur of the year, the father of five, human, kids, how is that possible? How can a make like that have five kids? Well let me tell ya what, my wife is a jewel, she’s an angel, she’s the best, and I am a man-bear-pig, and that’s why we have a radio show and not a TV show, you wouldn’t wanna look at me, and I’m gonna tell ya what, if I’ve been able to achieve success in business, I know that you can to. But you have to believe it.

And so every show, what we do is we try to gather inside the box that rocks, real people, real entrepreneurs, who had this vision, who had this idea, and they went out and they turned that idea into an actual business. And so today you are in for a special treat. I’m talking about a treat my five kids would love, my kids are always begging me to go to Andy’s Ice Cream, and they wanna get the, it’s like a $7 something, you have to get like a home equity line to feed these kids. “Hey dad can we get the Andy’s, it’s only $14 for a medium” and so we go to Andy’s you know, we cash out all the equity of the house, we get ’em some Andy’s and the thing is, is that’s the kinda treat you’re in for today.

So we have Stacy Purcell, on the show today. Stacy, check it, that’s Purcell, and she is what we would call, what I might call, I might be calling her this incorrectly, I’ll let her correct me, but she is a kind of a tip-top-recruiter. She is, if you were looking for a great quality employee, if you’re looking for a key person, a key executive, somebody who’s just the linchpin, the cornerstone of the organization, this is who you call.

So Stacy, am I getting that wrong? What exactly do you do? Can you kind of explain to the people out there that don’t know what you do, what exactly is it that you do?

Clay Clark: Sounds kinda dangerous, I am a business coach.

Clay Clark: Wow. Okay okay. Now inside the box that rocks today we also have a business coach by the name of Robert Redmond, for those of you who have yet to hear Robert, he’s been on the show a couple times now. And what Robert does is Robert basically works with business owners that are really good people, and they just need a little help.

And let me give you a little example of people that need some help. Everybody.

And so what happens is, before I built D.J. Connection to be a large company, I couldn’t afford a graphic designer. It was like $3k a month for a good one, $4k minimum, and then you gotta oh by the way, provide an office for them, you gotta motivate em, you gotta train em, you gotta do a handbook, you gotta deduct taxes, you gotta celebrate their birthday and it’s just like oh my gosh this is too much.

So I hired a company, and the company I hired, I paid them typically 6-8k a month, to do graphic design. Well then you need like a video, for your website, you gotta hire somebody and then you know because video people are pretty proud of their videos, they’re like “Well for $3k I’ll make a video,” and I’m like “Yeah hey meanwhile that’s all more than I made this month, right” and then they go out there and hire a search engine optimization expert who wants a 12 month contract, and $4k a month, and then pretty soon you realize “I need some PR” and then all of a sudden you’re going “I can’t afford all this stuff” and so Robert kind of is like a project manager, he basically manages the team, that supports entrepreneurs like Dr. Z and I. So when we grew our businesses to a certain point, we had a full time team.

And now we let our full time team help you with your business and so Robert helps clients, he’s a business coach, helping businesses execute the theory. Turning the theory into results. And so Robert, this week I wanna ask you what sort of a client you’re working with right now where this week, where you had an ultimate highlight. Something that was just WOW that was profound. What was a big wow this week?

Robert Redmond: Well first of all I think before I get into the big wow, I think that this is a real special show. Because what we’re getting is the best of both worlds. Because I actually used to be in recruiting.

Robert Redmond: She did, I actually knew Stacy because we were both in the industry before I came here, to Thrive. And she individually did better than our entire organization.

Clay Clark: I will say this, I thought it was kind of embarrassing, I don’t know if you ever told Stacy, but one day you left your man-journal here, and I was reading through it you know-

Robert Redmond: I appreciate that-

Clay Clark: I wanted to make sure it was yours, I couldn’t tell with the handwriting after page 77 I wasn’t sure if it was yours or yours, wasn’t sure if it was Robert’s or Robbie’s, and I went through it and one of the things that you wrote on every page was “I wanna be like Stacy someday” and I thought that was sort of disturbing, maybe kind of awkward to tell her now on the air.

Robert Redmond: I literally asked you not to bring that up, just 5 minutes ago.

Robert Redmond: So there’s this one client I’m working with, they’re actually a local client here, it’s a contractor, a concrete contractor-

Robert Redmond: And one of the biggest issues for them has been finding quality workers. They got enough work, they’re booked out for the year.

Clay Clark: For the year?

Robert Redmond: For the entire year.

Clay Clark: Oh wow, I see a great business coach. Nice nice, well see if you can build a wall while you’re at it right?

Robert Redmond: To the job, it’s hard to retain guys because they leave, and they try to start their own, then we can’t find the guy.”

Clay Clark: And I’m gonna pile on right here, you know that the Fast Company did a study on this, Forbes has done a study, all the Thrivers should research this-

Clay Clark: Well just on employees in general, and the majority of companies in America right now, they say the biggest thing limiting their growth is being able to find quality people.