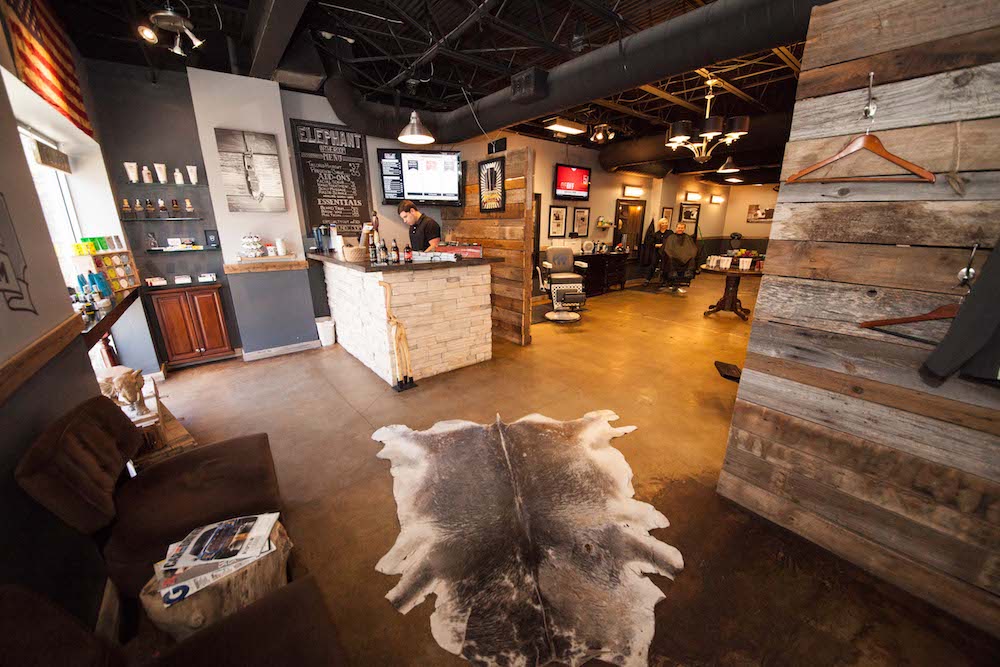 Clay Clark – business coach program founder and head business coach: All right, green country, welcome back to Oklahoma’s number one business radio show. It’s the Thrivetime Show where we teach you what you need to know to make your wallet grow, and every day, we get a chance to spend time with you. We are super, duper, unbelievably excited to be here with you because I understand there’s this huge need out there for practical business education. We had a Thriver on the show the other day who went to University of Tulsa where … I’m not ripping on the University of Tulsa, although I think it’s a bad idea to go there, but it’s $56,000 a year to go there. And he’s amazed because Thrive15.com, he went on the site, it’s a dollar for the first month and you get to choose your price if you can’t afford it, so he chose the price of like five bucks a month or something. He’s like, “Dude, I learned more in like a month on Thrive than I’ve learned in like three years of college,” and that is indicative of the overall experience.

We had a Thriver and business coach client who went to Cornell University and studied business and said, “I’ve learned more in five months on Thrive than I learned in four years there.” I hear it over and over and over, but the good news is if you do want to go for four years to study business, not only can you do that, but they also give you a bonus gift of a ton of student debt. That’s exciting. And so, inside the box that rocks today, we have some great people inside the Thrive15.com world headquarters, our box that rocks studio here. We’ve got kind of a cast of characters here. Mr. Robert Redmond who is a business coach and really America’s I think … are you third or fourth most beautiful man at this point? I’ve been tracking …

Robert Redmond – business coach: You keep on ranking me down, you keep on decreasing my ranking. Last time it was second, it was definitely second, I was behind …

Clay Clark: Sorry about that. You just have aged a lot since the last show.

Robert Redmond: Yeah, it’s been a while.

Clay Clark: You probably just want to exfoliate more and you’ll be just fine. And then we have Melena Wright on the show. Now, Melena Wright is the founder of Melena Wright Photography. She’s a great American, she’s a white water rafting extraordinaire, she’s a super wife, she really does it all. I don’t understand how she has … possible to do everything that she does, but Melena, how are you?

Melena Wright: I’m awesome. and you are an awesome business coach

Clay Clark: Now, we have Megan on the show. Now Megan, she is the founder of Beau and Arrow. People that are listening are going like, “Beau and Arrow, so do you like work with Bass Pro Shop to make the bow and arrows? You- you’re big into hunting … ” or what’s Beau and Arrow there, Megan? What is it? What is that business?

Megan: So, Beau and Arrow is a women’s clothing store.

Clay Clark: How’d you get the idea to start Beau and Arrow?

Megan: I kind of fell into it. I was working retail, and my former business partner, that I was working for at the time, offered me partnership so that I would stay with her when I graduated. And so, I took her up on it and we opened another location and then I bought her out.

Clay Clark: Boom, wow. So, how many years have you been self employed at this point?

Clay Clark: And you’ve kind of achieved that financial freedom and that time freedom that people are always looking for. How have you done it? I mean, if you could explain to the Thriver out here who’s listening that says, “I want to know th- th- … What’s the secret to achieving financial and time freedom?” How have you been able to do it? You’re 25, is it fish oil, is it sushi Wednesday? How do you do it, you know, what potions do I need to buy, what vitamins do I need to take, what seminars do I need to go to? How did you learn how to do this?

Clay Clark: Oh, well, I got that taken care of. Let me get the lighter going here. thats what a business coach does!

Megan: No, so it took me probably about a year, year and a half to learn it, but delegation was my best friend. And getting an awesome team in place and trustworthy employees and finding out what their strong suit was and putting them in charge of tasks.

Megan: I wasn’t doing it at all. I was wanting to be in control of every single aspect of my business and not trusting that someone else could do the job as well as I could.

Clay Clark: Oh, wow. Okay so if someone’s listening right now and they’re struggling with delegation, your tip to them would be what?

Megan: My tip to them would be step back and let it happen, see how it goes. And, you know, if they’re failing then step in and teach them the right way to do it, but you never know, sometimes they do it better than you do.

Megan: I would describe it probably best as being free to do what I want with my time. And if that’s working or if that’s doing some hobbies that I enjoy or spending time with family and friends, I have the ability to choose what to do.

Clay Clark: Okay. And I think Thrivers, that’s where we all want to be. We have time freedom and financial freedom. And so, Robert, I want to start with you. We’ve got this … the mail bag questions. Today’s show, the theme of today’s show is the mail bag questions. We have Thrivers from all over the world, currently in almost fifty different countries that download the podcasts each time, and you guys have great questions. I mean, we had 25,000 downloads recently of people all over the planet that have different questions. And it’s kind of fun because you’ll get a question from someone in Australia, someone in Arizona, somebody in Ohio, someone in Michigan, we’ve had Singapore, Mexico, I’m just at the point listing geographical territories that I know about. But there’s so many of them, it’s fun. So I want to ask you, Robert, we’ve got a mail bag question, let’s kind of get into it. What’s the first mail bag question?

Robert Redmond: And I think this mail bag question is a great transition from what we were just talking about, delegation, time freedom, financial freedom because if you’re ever going to reach that point, you got to have someone running the systems in your business. You can’t allow your business to be completely reliant upon you. And so, there is this one client that I work with, an awesome organization out in Dublin, Ohio right near Columbus called Coffman Media. They’re a digital signage solution provider, they do the install, they do the hardware, they do everything. And recently, they were working with me and they were wanting to bring in a new employee in order to take over some of their internal sales or building an internal sales process for them. And so, in the meeting, we were talking about the importance of shadowing and making sure before you make the hire that you bring in a quality, honest, and digital … Excuse me, a diligent worker. You don’t want to bring in a digital worker.

Clay Clark: Okay, Thrivers, well there’s the four E’s. I encourage everyone to write these down. They’re documented in Jack Welch’s book “Winning” which I believe is on your desk. They’re here filling in for Dr. Robert Zoellner today, which is a tough thing to do, by the way. But the book “Winning” there, I believe there is on the desk and the point being there, Jack Welch was probably the most successful CEO in American history. He grew the company at such a rapid rate when he took over GE, which was kind of stagnant at that point, and he said you need to identify these four E’s. And I’m going to encourage you to write them down. I’m going to give you some time to kind of marinate on them and Robert will unpack them one by one okay? But the four E’s are energy, you want to make sure you hire people who have energy, they’re energetic humans. Two, people who can energize other people. You just said energy twice, did you forget what they were? No, no it’s energy and energize.

Clay Clark: The next is execute, you know they can get stuff done. And edge, I mean they can make the right call even when it’s not popular. So, let’s kind of break them down one by one, here. So energy, Thrivers, if you’re listening right now, what does it mean to have energy? There’s people who are yawners, I would encourage you to fire them. That’s my world view, but if you want to hire yawners, go for it. But you have yawny working for you, unless you’re looking for someone to do like modern new age classical music, it’s probably not a good thing to have yawny working for you because the people that are in the meetings are going to be, “Okay, well, if you … ” because they’re not making good life decisions, which is why they always look tired. So, I’ll encourage you to sit down with them, talk to them, say, “Hey, I need you to bring energy to work every day.” But bottom line, nobody wants to be around people that don’t have energy. Robert, you’ve seen it in the world of business. People that have no energy, they just can’t get it done.