Business Coach Clay Clark: So anyone listening right now, you’re saying if you’re going to, lets say that someone made $100,000 this year just to keep it, the math straight here. And lets say they owe $40,000 of taxes between state and federal. Just throwing out some broad numbers here. You’re saying that you could invest the money into, what kind of vehicles can we invest in, what kind of vehicles should the average self employed person listening, maybe consider investing it? 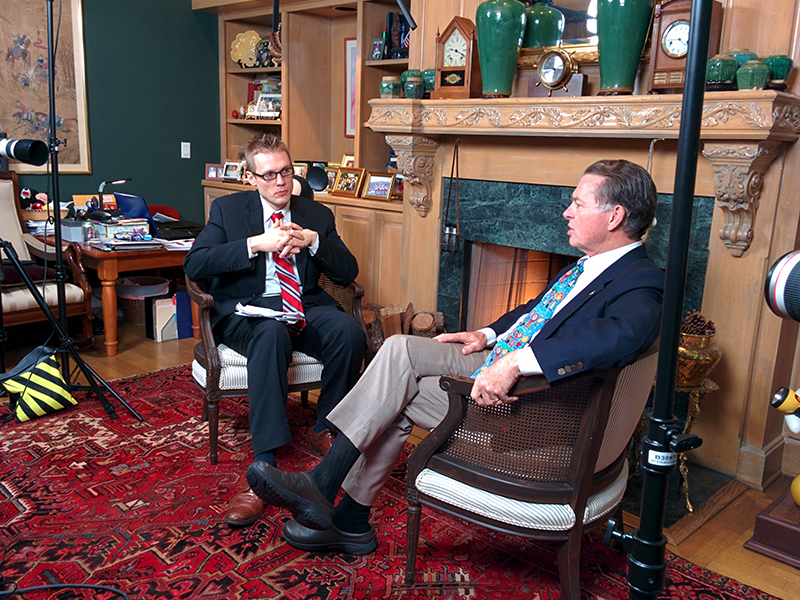 Chris: There’s always the market, so you’ve got, I mean, I’m a big believer in the markets. But, there is a broad portfolio you need. You don’t just need to put it all in the market. You don’t put all your eggs in one basket. So taking it and diversifying it in different things, that’s what makes these interest contracts so much easier, so much less to, less of a hassle. They’re on autopilot like a lot of what you talked about here is auto piloting your financial future and setting aside a certain amount of money. Those kinds of things are so important to the business owner because if he doesn’t set it aside, it’s gonna be put back in the business and spent on something. So, he’s got to set it aside and pay himself for the future.

Dr. Zellner: Well what I’ve done is I make a budget for the year and then I take a percentage, the percentage was much higher when I started off. It was high as 10% day one, okay? So, I make a budget. I put that in and then I do a yearly contract. If you go in and you negotiate things in bigger chunks of time you can get a better deal on it. And I don’t always go and negotiate in January because that’s when they sold the lease and they were the most desperate, so I would go in, lock in that good low rate for the year and I would negotiate for the year, and then it would just happen. I would belly up- [crosstalk 01:11:36]

Dr. Zellner: Absolutely. I go in every month to make a fresh one, a new one. I do it typically the last Tuesday of the month. It’s kinda my set schedule on that, unless I can’t, unless I have to reschedule that. But, yeah you just go in, you make a commitment and that’s for the year, you know business coach? And, there’s some things that I have and there’s some caviots if something goes wrong I can bail out of it, but by doing that, giving them a longer commitment, I get free or I get more stuff. I get more add ons. In other words they’ll say, okay, for that year’s contract we’ll give you some remote. For that year contract we’ll give you every tenth ad not sold. For that contract we’ll give you some digital on our website. It gives you much bigger bargaining that going in saying, yeah I’d like to buy one TV ad and see if thing works.

Clay Clark: You tried to, I remember you were negotiating with the station and you said hey, if I do five years, can I get my Z tattooed on Pat Campbell’s head? The host of the morning show. And they were like, no we can’t do that, Z.

Chris: Number one, they need to call me.

Clay Clark: Oh yeah, look at that. The beauty up there. Oh you business coach!