Business Coach with Attention to Detail

All right, T-Town, great country, America, non-America, other continents, other planets. Welcome back to the Thrive Time Show where you learn things from a business coach. All right, here’s the deal. We are talking today about how to become a master of your skill, a master of your craft. And this next step, number five, ties into the godfather of soul, James Brown. Attention to detail. 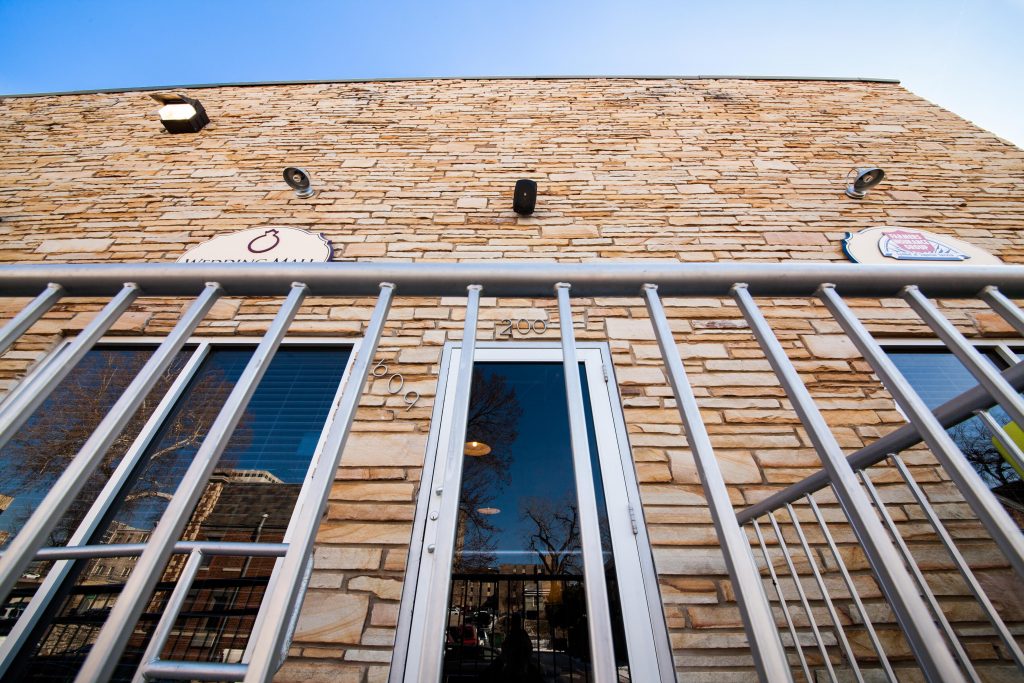 Sharita: I’ve not seen it.

Clay: What are you doing?

Sharita: I need to see it.

Vanessa: We’re on you, come on!

Sharita: Yeah, I need to see it.

Clay: You’ve got to see it when you are not busy being a business coach. It’s the true story of James Brown and his life. And I’m just telling you what, James Brown, his movie was a game changer because it lets you into the mind of a master. It let’s you in, you get to see what he’s all about. I highly recommend everyone sees Get On Up. And Get On Up is incredible, because James Brown’s father beat him, and he was not a good person. He was basically abandoned. And his release, his thing that he always was drawn to, was music, although he had no formal training in that. But the band- And you can look up, you can verify this stuff. He would not let his band end practice until they couldn’t get it wrong.

Clay: So if you listen to his songs- I’m just going to give you an example. Because a lot of people think he’s just screwing around up there, but if you think about how tight the horns were- Music back in the day wasn’t like that. There wasn’t any music out there at the time that was like this. He was the first guy to take it to that level.

If you think about the progression of R&B music, okay, the first really R&B musician that got the public attention was Elvis, but Elvis was basically a guy imitating the African-American styling of music. But because he was white he got a hall pass. So he was the first guy to be doing some of the dance moves.

So he came out there and he was the one, the first guy to move his hips. “Oh my gosh, what is that, I can’t believe he would do that, wow.” So he’s moving his hips, right? And now we have artists that all they do is move their hips, right? He moves his hips. And then in his footsteps, coming next, James Brown started to do this thing called the shuffle. And he was the first one to do what, today, would be considered.

Like a lot of Michael Jackson’s early moves, Usher’s early moves. But he could basically do a lot of break-dancing. He did the robot. He could do all sorts of shuffles and gyrations, and no one had ever been able to do before. And then Michael Jackson came along and took it to the next level, and then different artists- now Usher’s going to another level, and they keep doing this. But the thing is that James Brown was obsessed. His band had to be great or he wouldn’t let them move on. So just listen to it real quick here. Just think about this while listening to the business coach radio show.

And it’s just tight. He’s got the horn and the drums working together, and no one had ever done this before. And if you think about hip hop music today, so many of the songs came from his original records that he recorded back in the day. But James Brown was obsessed, and he was obsessed with details. So I’m going to give you some disturbing knowledge that you probably didn’t get in college, but you should have.

So, Leonardo da Vinci, this guy was obviously- He was a painter. He was obviously a polymath. He was an inventor. He was a sculptor. He was an architect. He was into mathematics. He was not screwing around. So he was always busy pursuing what he believed to be important. So, as an example, this is one famous story here for you, coming at you business coach ninjas.

When he painted the Last Supper. We’ve all seen that picture. You could probably buy it at Hobby Lobby, a copy of the print. He took the longest time filling out the final face in the painting. If you look at this on Google today it’ll blow your mind. It’s because he looked at Judas and he thought about Judas and going, “What kind of facial expression would you make, if you knew that you were going to betray the Son of God?” What was the face? And he went back and forth, thinking like, maybe he felt like he was fulfilling destiny, because God said that somebody would betray him. I mean, Jesus said somebody would.

Clay: And he’s like, “Well, good, because I’m helping you do that. So I’m actually a right hand man is how I look at it.” Or was he looking around like, “Uhhhh, could you pass the butter?” Like, “Judas, are you- How you doing, man?” “Good, good, yeah. Just sweating a lot. You know. Just kind of got this nervous thing, you know.”

And then the Son of God, right? Father, Son, Holy Spirit, however it all works. The Triumvirate. The Trinity. The God of Business Coach. They allegedly knew what he was going to do. So they’re going, “Yeah, I can pass the butter, Judas. And thank you for being such a kind, non-betraying person.” He’s like, “Absolutely, Son of God.”

You know what I mean? How did he- What was the facial expression that he made? And so he struggled with this for the longest time. So this is what he did is he actually spent days walking around some of the most dangerous, criminal-infested parts of town and looking these people right in the face, and trying to draw their face. And he’s like, “Oh wow. That’s a good one right there.”

Leonardo also enthusiastically dissected corpses with surgical equipment, so he attended almost every autopsy he could. Someone says, “Hey, check it out, Leonardo-“

Vanessa: That’s over the line.

Clay: They’d say, “Hey, Leonardo, man. Hey, your uncle Gary died.” Ad he’s going, “I tell you what, that’s- When are we dissecting him?” I mean, just a sick freak, right?

So then he goes on, and his drawings, though, of the human body were the first time that we started to get accurate proportion and detail. His paintings of women were so realistic that men back in the day used to- Seriously, the guys that would look at the pictures were like, “I’m in love with this person.” Because no one had ever seen artwork like that. He would draw paintings of people that didn’t exist, that men would fall in love with. It was insane. There was no other visual stimuli. There was no TV, there was no posters, there was no nothing. Guys never saw women. They saw this woman like, “I have to meet her!” And he’s like, “I drew her in my mind, calm down there, Ed.” So he just had that skill. But what he did was he paid attention to the smallest level of detail. It was like this extreme focus in this world of perpetual distraction.

So there’s two camps of people listening right now. There’s two camps. Maybe three, but there’s two that I know of. One is, you are like me, and you look at something- Like today it happened. My wife’s phone rang and I’m like, “Aww frig, now I have no idea what I’m talking about! I don’t know what I’m going to do today, I don’t remember my name. Aw, it’s over.” You know, some of you just, you focus on one thing at a time, any distractions at all freak you out.

My trainer says, “Why are you guys going to Denver?” I’m doing a lunge! I can’t even think- I mean, he wants me to do a curl. Sam, you can relate to this. You’re supposed to do a curl while you’re doing a lunge.

Clay: And I can’t do a curl with my arms-

Clay: And a lunge at the same time. It’s only one or the other, and only barely of either.

Vanessa: You’re great, but when you combine the stuff it’s too much.

Clay: Can’t do it. So then he’s asking me about Denver. So I’m like, “Go down with my knee …” And then he says, “What you want to do is put the weight back on your heel.” “Weight back on my heel … Curl for the girls … Denver …” And it’s like, he starts laughing. Because he’s like, “I don’t know what’s going on in your head, but I think I’ve overloaded it.” And I’m like, “You’re so true. I can’t do it, but I am a great business coach” So now it’s kind of deal where he recognizes when I’m resting, that’s when you can ask me a question. But then if you do, you have to be careful because now I want to focus on that for an hour. So it’s like steering a speedboat. Once you steer that thing, watch out which helps me as a business coach.

So the other person out there listening, you’re in a perpetual state of distraction. You have a really hard time paying attention. So, one group you could be labeled as OCD. You’re a victim. You’re obsessive-compulsive disorder. You can’t do anything else with your life because all you can do is one thing at a time. Or you’re ADD. Didn’t we come up with that new one here recently? Wasn’t that a new one that parents came up with, or psychologists came up with? Because in a time where we don’t have war, we have to have some kind of problem. So if you’re ADD, you say you’re Attention-Deficit Disorder. So you’re easily distracted.

Well, Psychology Today did a report called, “Is Your Smartphone Making You Dumb?” And what they found is that basically no human at all, in the world, can maintain any critical thinking at all if interrupted often. So back in the day, if you were a farmer- Let’s go through this scenario, Vanessa. Let’s say you’re a farmer but I am still a business coach.

Clay: You’re a farmer, you’re farming. How many times a day would somebody interrupt you? I mean, think about that. If you were out on your own acreage, 25 acres, how often would someone go, “Hey! Can I grab you for a second?” How often would that happen?

Vanessa: I think they’re leaving me alone in the fields to just do my stuff, and then I’m telling kids to do more stuff.

Clay: If you read these studies, though, people would not get interrupted, a lot of times, maybe like once a day, twice a day. And they could have deep thoughts. They could write novels, they could grow a business or become a business coach. They could sit down and really think on things, right? If you weren’t absent-minded, you could really think.