Speaker 2: Well, there’s a couple little secret business coach moves in the no-brainer. One of them, and the most obvious is price. If you make something so inexpensive that they’re just … They can’t stand it. You know, back in the day my very, very first no-brainer offer was a $99.00 package for two pair of contact lenses, one clear and one color, plus the eye example, follow up, and all the other stuff that came with it. It was such a great price point and unheard of then that people just couldn’t stand it, you know, and I knew that some people wanted the color pair, but they weren’t sure if they wanted to wear them all the time so having that clear pair and the color pair just was a nice combination. Really kind of kick started my business off on the right foot. I know and you’re the Elephant in the Room, you’re the Men’s Grooming Lounge. I call it hair cutting place. 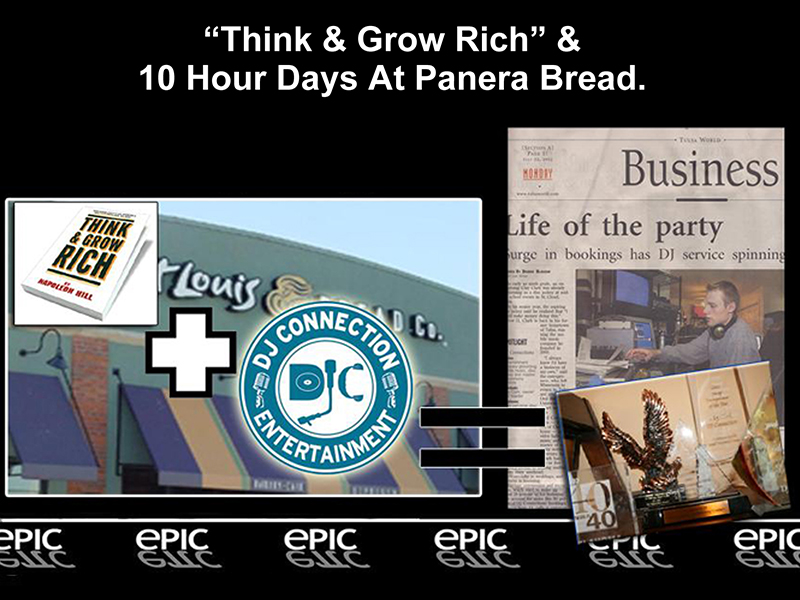 Speaker 1: Oh, it is a haircutting place.

Speaker 1: You know speaking of a no-brainer, we’ve got a guy here, Mr. Garland McWatters, who apparently has a unbelievable opportunity for the Thrive Nation business coach listeners here. Garland, can you explain to us here about the Nextgen Project and why you think it’s something everyone should be getting involved in?

Speaker 3: Our basic business coach philosophy is one that I think is time tested and that is that people will support the things that they helped to create, and that’s been the history of most every venture that the older people create the vision and the young people inherit it, and we’re saying let’s turn that around, let’s say why don’t our young leaders create the Oklahoma they want to live in instead of waiting 10 or 15 years to inherit something that doesn’t really work for them, and so our effort is to connect these young people across the state, to get them to meeting each other, to get them involved in local projects, to get their connected with current leaders in their communities, and then to let them know that they really have a voice and they need to get out there, they can get out there and make a difference right now, they don’t have to wait.

Speaker 2: You don’t often do a reverse segue, but go ahead.

Speaker 1: Typically a segue what you do is if you’re on a radio show you want the next idea to somehow tie into the previous idea. Garland’s talking about people keeping a great Oklahoma, young entrepreneurs in the state and I have a reverse segue, Z.  Are you ready for the …

Speaker 1: It’s like the mall cop going backwards on his Segway.

Speaker 1: We have in Oklahoma he went to a Victory Christian Center who moved to Colorado, so this is before the Nextgen Project, okay, so in fairness to Garland, this is before his time and he just set a record there and Z, if you’re in front of your computer, Thrivers and Z you got to check it out. If you Google Search the word carpet cleaning quote.

Speaker 2: Carpet cleaning quote, got it.

Speaker 1: He has over 100,000 Google reviews, so when we come back we’re going to talk to you about how a business coach guy’s built a multi, muti-million dollar business called Oxy Fresh by doing the same systems that you can do. Thrivers, do you realize you could be top in Google in the world for any search term you want? How much money would that be worth for you? For Oxy Fresh it’s millions.

Speaker 2: Is a good jillions.

Speaker 1: Yeah, and the only thing that that’s big is government debt. Stay tuned business coach listeners. It’s the Thrive Time Show on your radio. We’ll be back in just a few minutes. Let’s pay some bills.