Defining What a Business Coach Is

Marshall: Continuing on our business coach tips, Define, act, measure, refine. And so we’re talking about the third step here, measure. We defined, Marshall, you’re going to do the first day of the speaking event. Then, we went and did it, and then you have to measure. You have to objectively measure how you were performing in order to ever get better, in order to ever create action items of what needs to be improved. So whether it be a speaking event or operating your business or building a relationship with somebody, you must do these four steps including deep observation. 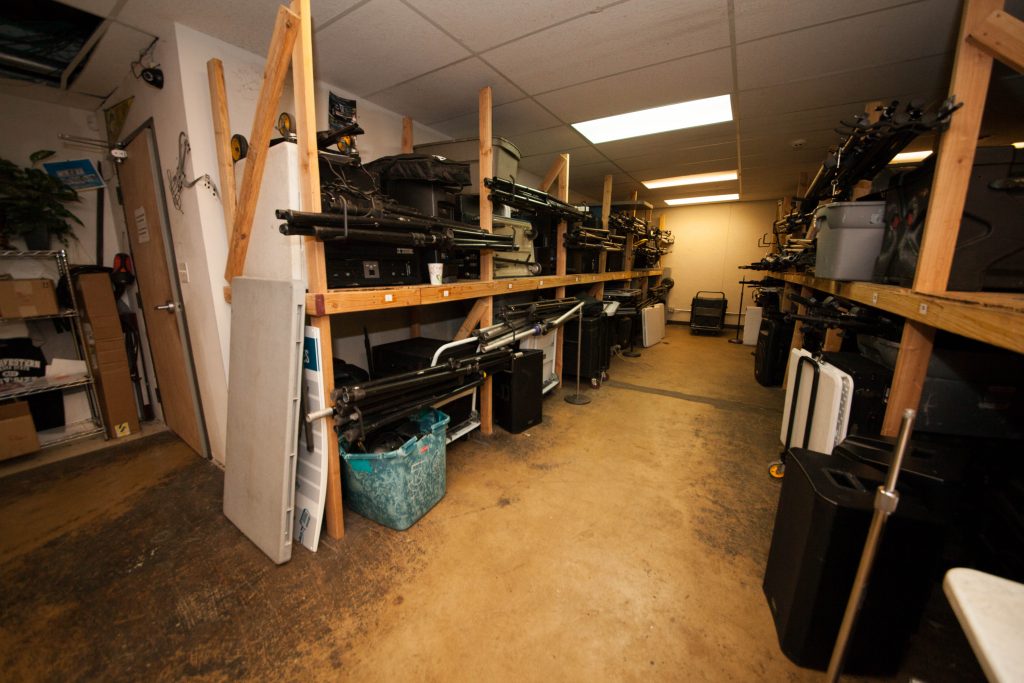 Clay: Now, Thrive Nation, when we come back, we’re going to get more into how to become a master taught specifically from the top business coach team around. Specifically, we’re deep diving into step two, which is you must begin an apprenticeship or mentorship phase program. Stay tuned.

Clay: All right, Thrive Nation, what we’re talking about today is how to become a master of your craft much like we have mastered the craft of business coach clients, how to become somebody who’s an outlier, how to become eccentric. I remember just years ago, this is an example that was profound to me that made a big impact on my life. I was looking at Michael Jordan’s career and Kobe Bryant’s career, and I started looking at them and looking at Michael and what he did and what Kobe was doing because I loved basketball, and I loved watching those guys. And Phil Jackson made the comment that Michael Jordan consistently got to practice well before anybody else, and he always has, and he always will, and he did. He was just so obsessed with becoming the best. And I thought, “Man, you know, I’m a disk jockey, and a lot of DJs what they want to do is they want to hang out. They want to socialize before the show, but I want to become the best. I want people to have almost a pseudo-spiritual experience. When I DJ, I want them to say that was the best show ever.”

And it didn’t happen to me right away. It happened to me about five years into my DJ career. So I went to Carlton Pearson. Now, Carlton Pearson, I know he’s kind of a controversial figure in Tulsa, but I guess some fun updates here for you. One, his life’s being made into a movie where Martin Sheen is going to star Oral Roberts. Then, the main character from Twelves Years A Slave, who is nominated for an Academy Award, he’s playing Carleton. And, if you don’t like him, you’re really not going to like the movie, but the thing is, it documents his life and his journey. Well, the thing about Carleton is his speech coach was Oral Roberts. Follow me. Someone should write this down. His trainer was Oral Roberts. Now, Oral Roberts, his coach was Napoleon Hill, the best-selling success self-help author of all time. And Napoleon Hill’s mentor was Andrew Carnegie, so when you follow that lineage, I’m going, “Hey, sign me up. There’s things to learn.”

I think it’s kind of like eating fish, spitting out the bones, take the meat, whatever. So I’m talking to Carleton, and he has such an ability to communicate effectively that I’m thinking, “Man, this guy. He could teach me anything.” And this is still when he’s the head pastor at Higher Dimensions Church, which at the time, was one of the largest churches in Tulsa. And when he taught me how to transform my gift of communication from just a … I don’t know what you’d call it. It’s functional. It’s passable to approaching great and what that looks like.

One thing he encouraged me to do was, you don’t want to see anybody one hour before you ever do a speaking event. Ever. One hour. And I’m like, “Well, what do you do?” And he says, “Focus deeply on the audience, an individual in the audience that you want to impact and what their needs are. Deeply get into their mind and think about, this is what I came for. This is what I want to learn. This is why I’m here. And because I have sacrificed my time to be here, you owe me a performance and not just a talk. A performance.” And I thought, “Oh, I mean, that’s a different thing.” And I’m going, “Really?” And it’s like, “Carleton, what does performance mean?” He says, “I’m talking about if you’re not breaking a sweat, if you’re not bringing it, if people can not feel the passion on a tangible over … They just feel like you were sent on a mission, then you do not deserve to be on that stage.” And that’s what I’m talking about mastery. I mean, T.D. Jakes is a master of communication.

So this next phase after you’ve begun the apprenticeship, you have to value learning over money. You have to decide to be coachable or even get a business coach. Then, you have to move towards that pain, towards that struggle. Nothing’s worse than doing a speaking event when no one claps. Oh, it’s brutal. And then, the deep observation. You want to focus on what could I do better. Now, you start to acquire the skill. Here’s where it gets fun now. My daughter’s starting to do this on the piano. She’s starting to be able to play by ear, so she can start to hear and then play without the music. You’re acquiring that skill. Now, Marshall, I want to pick your brain on this because, for basketball, and I might be speaking out of turn here, but I feel like you developed most of your skills after you graduated.

Clay: Is that true?

Marshall: Yeah, very much so.

Clay: So when you played basketball at Jenks, and this is my understanding. I only saw you play one time, but it was more of a mechanical thing?

Clay: And it seems liked in college, it became a thing where the skills were developed, and you could now be working. Mentally, you could be focused on strategy and not the mechanics of how to dribble, how to shoot, how to pass which is what I do for business coach clients.

Marshall: To continue this analogy. It’s not really an analogy, but a parallel if you will, the same thing happened in college sports. They saw me play in high school, and they allowed me to continue to be the person … They recruited me to be the same person I was in high school. Now, after I graduated college, I went down to Costa Rica, and I played professional basketball down there in Costa Rica. That was some of the most fun basketball that I ever played. Why? Because my vision, my talents, my skill set was naturally a great court vision. Now, I had the body type of a post-player, and I had the interest in running the floor like a guard. So I finally got to play in positions that I never previously was. I was bringing to ball up the basketball court because I was more fundamentally sound than a lot of the guards. Now, playing recreational basketball now, I’m getting to do a lot of the things that I never got to do when I was playing competitive basketball. And now, I would say that probably across the board in all of the different positions, I’m a better basketball player now. I can’t do all the physical feats of strength that I used to be able to, but now, I’d say I’ve developed in my areas of weakness.

Clay: Because you’re a psychotherapist and you’ve probably met with thousands of clients at this point like we have for business coach clients.

Jeff: Well, I get a lot of calls from business coach people who are wanting help in their business to try to get people to get along or try to be more prosperous by working as a team. Then, my family clients and things like that are generally related to marriages having trouble or kids that are out of sorts or whatever. And so, I’m really involved in that. And what I look for first is the opportunity to connect with them. I tell them that it’s confidential. I tell them that we’re going to talk about stuff here that they can talk about freely. It’s not going to be judgemental. And then, I tell them we’re not just going to talk about your feelings, we got a target we’re shooting at, and I tell them what the target is next. And that’s being your best self. I could unpack, but that’s basically where I go.

Clay: Now, when you say “becoming your best self”, what does that mean?

Jeff: Well, it means moving toward development in your life where it gives you bursts of aliveness and excitement. Like when you built this place, I’m sure that you felt something like that. When I look around here, I’m amazed at how wonderful this place is, the great work you guys are doing. I’m serious. If you guys have not had an opportunity to be involved in a seminar or come here and see what’s going on, this is an amazing place. And what’s your business coach website? Thrive15.com?

Jeff: And people can link on and get something that way. You guys are killing it by reaching into an audience that there’s a great need for personal development and a business coach. That’s basically what I do on a personal level. So bottom line is, I’m trying to get people to move toward their best self. When you do it, you know it. I’m trying to think. Like right now, I’m working on learning recording software and developing my skills as a recording engineer just because I love it, have no other reason, I love that. So every day, I’m up working on that, and what happens is, after a while, like what you were saying that you get so good at practicing and doing something. Then, you hit the flow where it all of a sudden just lights up, and then it’s easy. Where what used to hard becomes easy, almost effortless like Jordan when he’s shoots the ball and turns around, holds out his hands and go, “I don’t even know how I do this.” Right?