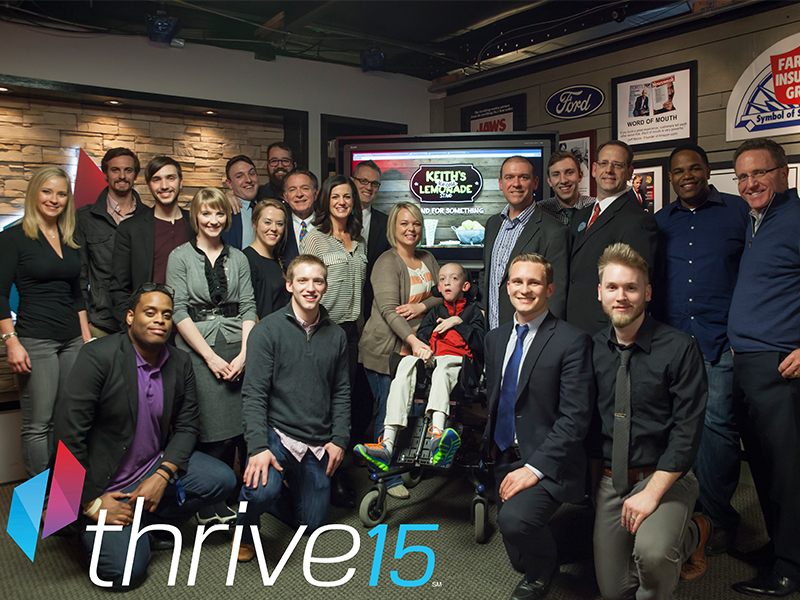 Dr. Zellner: Whoa, back pump the brakes. What are you talking about? Is this an agriculture show? Are we going down to the farm again, cause that’s kinda, I thought we were a business coach show

Chris: Well lets pretend you’re a farmer, Dr. Z. If you’re going to plant a bunch of seed, would you rather be taxed on that seed or taxed on what that seed’s gonna produce?

Dr. Zellner: Whooo, I love going down to the farm.

Clay Clark: I’m not intellectually qualified to answer that question I am just business coach. Could you kinda educate the thrive nation here? [crosstalk 01:03:21]

Dr. Zellner: You see here, Clay? You start out with a seed. Use for an example, corn. You start out with one little kernel of corn, you put it in the ground. Gotta make a little plow mark, you put it in there, water it, fertilize it and weed it and guess what? Corn stalk grows up and guess what, you get more than one kernel of corn out from that one corn.

Clay Clark: You can go into the barber shop but you can’t get two perms, I always say.

Chris: Well there’s three, there’s three things. There’s three vehicles that you can get that you can be taxed on the seed and not the harvest. One, most people know about, that’s a ROTH IRA. But if you over, if you make over a certain amount of money you cannot qualify to put money in an IRA or, I’m sorry, ROTH IRA. So, a lot of people can’t qualify to do that and there’s a better way.

Another way, is a municipal bond which is anybody’s ever looked into a municipal bond, the interest rate return on municipal bonds right now are horrible. You might as well just go get a CD and let it sit in there. Those kinds of things are available and the third thing that nobody ever thinks about, is life insurance as a vehicle. And life insurance can build a lot of cash value inside it.

Dr. Zellner: Oh, is that the earthquake year?

Clay Clark: That was the earthquake year. I was watching. Will Clark, you know, Jose Conseco. Mark McGuire, you know, sophisticated business coach stuff. Think about the steroids that were being used during that time. It was an amazing time in baseball history. Jose Conseco and Mark McGuire doing ‘roids the same time on the same team? The acne has to be just through the roof. If you wanna grow your financial nest egg the way that Mark McGuire and Jose Conseco grew their biceps, almost using steroids, you wanna stay tuned because this is an acne free edition of financial steroids. Stay tuned. Business coach Thrivetimeshow.com.

Oh well, back in the USSR. Z, I appreciate the communism references there. That was impressive.

Dr. Zellner: Well, I mean I just felt like you were going there so I just needed to button it up with a little Paul McCartney and the Beatles singing Back in the USSR. You threw them out, you’re like North Korea, the former USSR, and I said to myself, you know one of the best things about USSR was the song the Beatles wrote about it so.

Clay Clark: You know, Z, communism is all about everyone having an equal share of the pie and it’s chosen, your share, your profession, your career, your financial future is determined by the benevolent dictator. And it’s a great idea, right?

Dr. Zellner: Especially if you’re the benevolent dictator. It gets really good there. The whole process is really-

Clay Clark: It never works and the whole thing is, people that are unable to provide for themselves eventually say either A, I’m gonna do something about it. Which is what this show’s all about, is saying I’m struggling or maybe I’m not growing at the rate I want to. Maybe I’m growing great but I just want to take it to the next level. It’s all about the pursuit of excellence. Or, you say forget it I’m just gonna, I wanted to government to do it for me and that’s sort of the communism game. But I’m telling you what, because we are in a capitalistic society and we are in America right now, I encourage you to listen and to take notes because we have a gift for you today.

Today we have a financial planner that can help you retire in a way that will make the people, the majority of people envious of you because you’ll be in a financially great place and the average person won’t, by default. According to Time magazine, I encourage you thrivers to look this up, also the Atlantic, the Atlantic did a study on this. It’s post in the Atlantic. It’s in Time magazine. There’s also a USA Today study. The average American has less than $400 saved right now. That’s a statistic that you can Google search, you can find the average American has less than $400 saved. That’s cited in USA Today. You can find it in Time magazine. You can find it in the Atlantic. That study, I mean Forbes magazine did a study on this. Eight out of ten businesses will fail by default and so right now, we’re honing in like a laser beam on your financial future and so Chris, the guy who’s the guru behind Anchor Financial, is here to educate us and to help us in a very specific way. So Chris, what do you have for us?

Chris: Well, I guess you guys mentioned, when you’re talking about a communist society you are paying into a big, huge conglomerate and everybody excels equally. Here in the US, in the good ol’ US of A, we fought for a whole ‘nother reason so the whole idea is to get that partnership in your retirement plan cause really it is a partner now. Would you have a partner now that’s gonna take 40% of your income and not actually do anything for your business? They’re not gonna actually be a part of it, help you grow or anything. But they’re just gonna take 40% of your business or 30% of your business and people don’t want that. People see that in the retirement plan, they’re like, more and more today they’re just, I don’t want that much. I don’t want that much taken out of my retirement. What do you think about that as a business coach.

Clay Clark: So you’re saying that if people are counting on the government to take care of the retirement, that’s not really the move?

Chris: No, not at all. But lets just say you have a traditional IRA or traditional, what we call in the industry, qualified funds where you’re diverting those taxes til a later date.

Clay Clark: You’re advising to pay the taxes ahead of time?