Speaker 1: This is step 3 from a business coach. Three, they have Facebook ads. Facebook, now Z, this just in according to USA Today, the average American is spending 50 minutes a day on Facebook, 50 minutes just on Facebook and 10 hours a day on some kind of screen, smartphone, iPad. Could you … We have a guest inside the box that rocks. I mean you’re a personal development leader there, Garland. Does it shock you that the average person is spending 10 hours a day on a screen of some type? 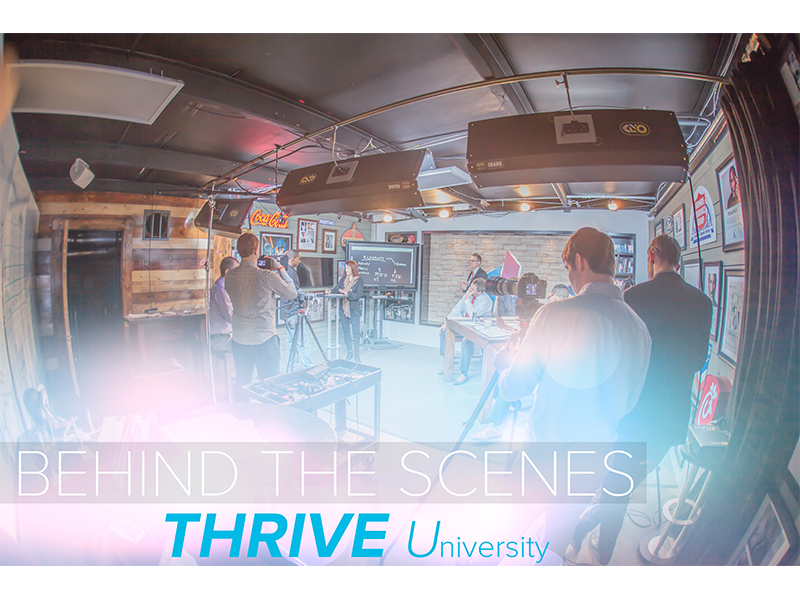 Speaker 3: Does not shock me at all because I am a business coach.

Speaker 1: How would we have time to personally develop if we’re on the screen that much?

Speaker 1: If you’re in Tulsa, it’s a neat deal because you can actually come into the Disneyland of entrepreneurship. You can come into our 20,000 square foot facility, Z. It’s right here in your backyard. Where other people, you have to do conference calls and I mean this is a kind of a luxury to have it right here.

Speaker 2: Yeah right, in April 21st and 22nd, we’re going to actually have another one of our in-person workshops which we’ve covered this earlier in the show but you may have missed it. You can go to ThriveTimeShow.com and get … There’s a lot of, you know, commonly asked questions about the workshop that we ask and then you can also just … You can e-mail [email protected] We’ll answer any question about the business coach workshop but we go over the 13 basic, the most fundamental building blocks of starting a business or growing a business. You can get a handbook, you can bring three of your employees, you can meet all these other entrepreneurs that are here going through the same thing you’re going through. It’s a fantastic way to spend two days.

Speaker 2: It’s only $500.00 with our business coach scholarship program, you can’t afford it because we’ve had business people in Tulsa and around say listen this is an awesome thing, I want to donate some money to your scholarship fund so that if somebody out there says, hey I can only afford a couple hundred bucks, I’m tight right now and I really need some help with my business. You can’t afford it and you can get in here.

Speaker 1: Now, when we come back we’re going to talk more about Facebook ads. We’re going to get really in depth, in detail into those Facebook ads, but we have inside the box that rocks today a personal development expert and business coach, Garland, who has a passion for young entrepreneurs just like Thomas down there in Dallas, and so could you tell us more there, Garland, about your Nextgen Project and your podcast?

Speaker 3: Well, the Nextgen Podcast that I do is actually called the Spirit of Leading and you can access those on my website at INPowered2LEAD.com and I go around the state. I go around Oklahoma and Texas and I look for business coaches and leaders who are actually doing things in an empowered way, and that simply means if they see something needs to be done and they take of it. They go do it. For example, I met the O’Connor’s in Oklahoma City who developed a program for the homeless in Oklahoma City to sell magazines on the corners that they actually wrote and developed and published. It’s called Curbside Chronicle. They just saw that it needed to be done.

They saw a model like it in Nashville when they were out there and said, we can do that in Oklahoma City and now they’re putting homeless people to work, giving them money to buy food and eventually enough to get into an apartment or housing. They just saw something needed to be done and they did it and so I’m looking for those people and I interview them and I tell their stories, let them tell their stories and what they learned by doing them.