Get Inspired with a Business Coach

Too many entrepreneurs- As a business coach, I talk to these top level entrepreneurs and I say, “How did you get inspired to start the company? Or what was the motivation, or when did you first get going?” And so many of people say, ‘You know I actually got laid off, and so I didn’t have another opportunity, and so I just started using the tools that I had at my disposal, and that tool that I began using was my cakes. I started making cakes. I started selling those cakes. I started selling those cookies. I was a single mom, I’m out there trying to support myself, I just finished up- I just made it through a divorce. I just finished a divorce and I’m a single mom and so I’m selling cookies. 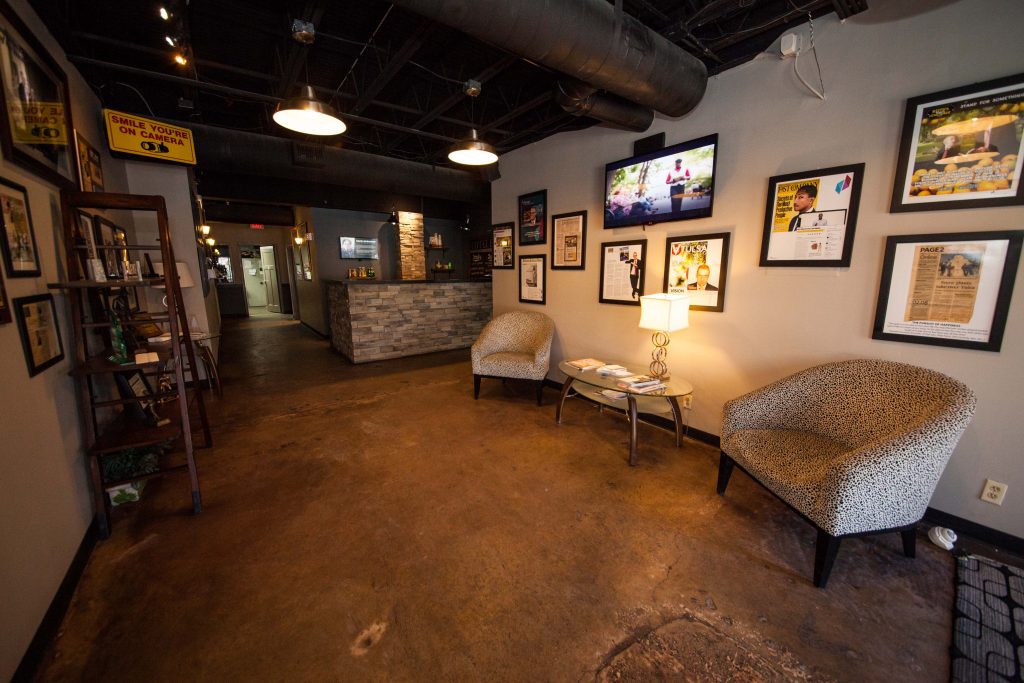 And that’s the story of Barbee Cookies. I mean how did she get started? She was a lady, she went through a divorce, she’s a single mom trying to take care of her family so she did the best that she could, but she started with the tools that she had. You have to start with anything that you find. You can’t wait to be inspired.

You know George Washington Carver didn’t even know his own family. He wasn’t even given a real name. He was born a slave and he went on to transform the peanut industry, totally changed the way that people farm today. He said, “Where there is no vision, there is no hope.” So you’ve got to start with the big vision for your life. You’ve just got to start with a vision for your life! Well then George Washington Carver goes on to say, “When you can do common things of life in an uncommon way, you will start to command the attention of the world.” And so, then he goes on to say- and you might be taking notes here- he says, “There is no shortcut to achievement. Life requires thorough preparation. Veneer isn’t worth anything.”

But Steven Spielberg had to get started! He had to start with the tools he had, he had to get going. He said ‘I don’t have this connection, I don’t have this formal internship, but I’m gonna start there and I’m gonna be the best gripper there’s ever been on the planet of the earth. No one’s gonna be more organized and no one’s gonna work harder than me and I’m not even getting paid.’ And when you start to bring that level of diligence, you’re going to stand out, right? You’re going to get the attention of the world.

So business coach step number five, you must have a definite chief aim. We started at the beginning that you have to have a purpose, but a definite chief aim is like the specific thing you’re going after right now. Now that you know your big, big purpose, you’ve got to focus on what’s the first step you can take? What’s the first action that you can make, I ask myself as a business coach this all the time?

And Napoleon Hill has a notable quotable. Napoleon Hill, the bestselling author that I named my son after. He says this. “The jack of all trades is seldom good at any. Concentrate all of your efforts on one definite chief aim.” You’ve got to figure out, what is the next step? But I’ll tell you this right now. Your next step is to get out to an in-person workshop, an in-person Thrive15.com workshop.

What you do is you go to Thrive15.com and you click on conferences. And when you click on conferences, I want you to book the date for April 21st and 22nd. But before you do it, you should probably read the reviews. Read reviews from real people just like you, but don’t give up! You absolutely can live a purposeful life. Stay tuned!

All right, welcome back to the Thrive Time Show on your radio, and full disclosure, I’ve never actually been on the cover of Forbes Magazine, but if you do Google Forbes and the name of our online school, Thrive15, you’ll see we’ve been featured in Forbes twice! I’ve been featured in Fast Company and I will tell you Forbes has said we are one of the top tools on the planet for teaching people how to become a successful entrepreneur.

Because the average American- seven out of ten Americans as I shared earlier on the show, have less than a thousand dollars saved according to USA Today. And you’re going, “Well that’s probably just ’cause they’re, you know, just starting out.” No, this is of all ages. And then you go “okay, well then why aren’t w- b- they’re probably just building up wealth or just getting started.” Well then, you go on to read, Gallup says that just 13% of you even like your job. So if you don’t like your job, and you’re not getting ahead, and if you just go down the rabbit trail of looking up-

Another statistic, okay, this is from Forbes. It says 63% of Americans don’t have at least $500 saved for an emergency. So if you’re exchanging all of your time for money but you don’t have any money at the end of the day anyway, what’s the point? I frankly don’t know if you don’t have a purpose. And that’s why this entire show is about helping you find your purpose and then teaching you specifically how to achieve your goals, how to turn your goals into reality.

And at the last conference- a lot of people go up to ThriveTimeShow.com and they’ll click on conference. And when they go up there, they’ll book a ticket and they’ll fly out to Tulsa for a conference. We have just hundreds and hundreds of people that do this all the time. We’ve had- we’ve spoken to thousands of people all over the world, and when they come to the workshop, so many people describe it as like the Disneyland for entrepreneurs. Our facility is unbelievable. It’s a 20,000 square foot facility. It’s like a Disneyland for the entrepreneur. You’re surrounded with entrepreneurial quotes and history and stats and the workshops are interactive and they’re fun.

And when I talk to people, many of them go, ‘hey, I just feel so overwhelmed, I don’t even know where to start.’ And I’m just telling you this. You, my friend, need a business Yoda. You need a business Yoda, you know what I mean? And I don’t know if you’re listening to this and you’re like, ‘I’ve never seen Star Wars, I don’t know what Yoda is all about, I’m not sure why you’re even referencing Yoda right now, this is supposed to be a business show.’

Well, Yoda was basically supposed to be this wise wizard who knew everything about the Force, which was like their mystical spiritual power, and he decided to head off and live in seclusion. And then he would occasionally mentor the next generation of successful Jedi, which was like business coach ninjas, okay? And so anyway, you just need a business Yoda. Or I could say, it could be said that you need a business coach.

Well Eric Schmidt, the CEO of Google, he was asked in Fortune Magazine, “What’s the number one advice that you can give to anybody?” Any business person. And he says, “My best advice… My advice to you is to have a business coach. And he said, he goes on to say, the coach doesn’t have to play the sport as well as you. They have to watch you and get you to be at your best. In a business context, a coach is not a repetitious coach. A coach is somebody who looks at something with another set of eyes, describes it to you in his words, and discusses how you approach the problem. And he goes-

I’m telling you, if you read the entirety of the quote it’s amazing, because he didn’t want to have a coach. He felt like, okay, I could probably just do it on my own. But if you look at the fruit of your life and you’re not getting ahead, perhaps now is the time to seek out a business Yoda.

Okay, now that you’re open to the idea of a business coach or Yoda, you need to actually go to ThriveTimeShow.com Go to ThriveTimeShow.com and book your ticket. If you’ve already been to one, you can come again. What? I can come again? And when you fly in- when you drive in, when you get to the Thrive15.com world headquarters, the dojo of mojo in beautiful Jenks America, there, our team of business coaches will teach you how to start and grow a successful business.

Come to Thrive15.com you will. Learn the Force. Learn how to start a successful business you will. (laughs)