Clay Clark: Oh okay, am I top in Google for business coach because I have five kids? 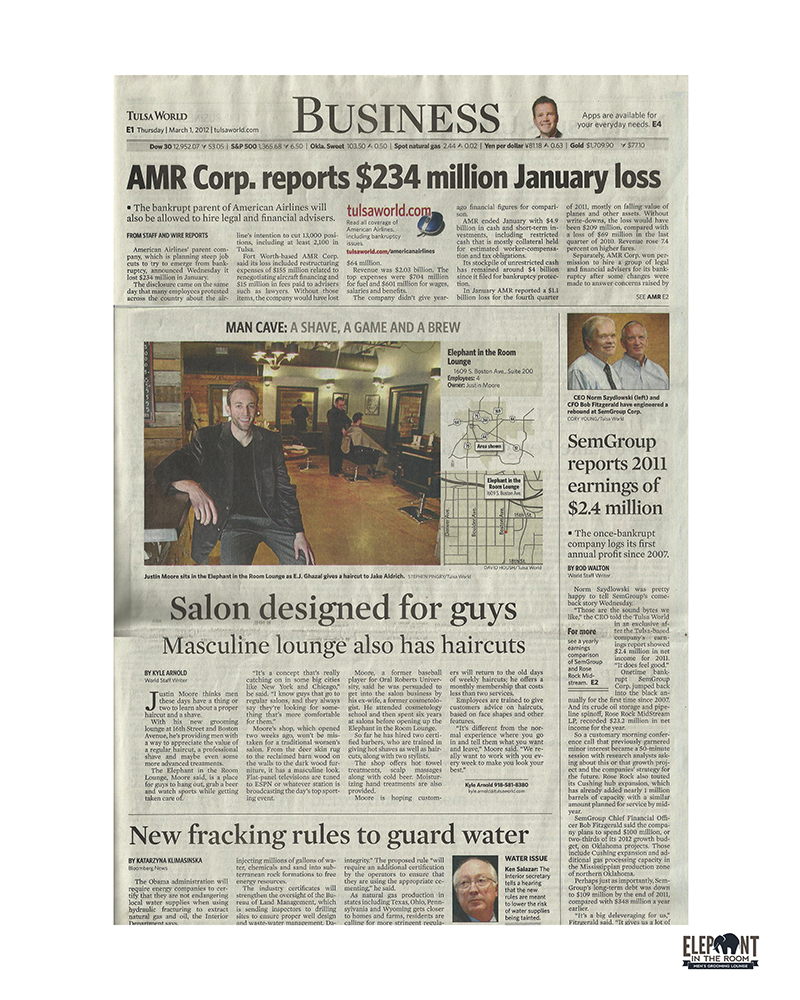 Robert Redmond: No, I don’t believe that’s it.

Clay Clark: Am I topping Google because God has a purpose for my life, is that why I’m top in Google as a business coach?

Robert Redmond: Despite His wonderful purpose for your life, no.

Clay Clark: So why am I topping Google there, and how does this relate to the Google reviews?

Robert Redmond: Because you have the most reviews.

Clay Clark: How do I, what? And how did I get the most reviews, I am just a business coach, not a review machine?

Robert Redmond: Well there’s a number of different techniques, so Google ends up serving the searchers, right right, and so whoever has the most Google reviews, they’ll come up for the top of that search term. Like you said “Tulsa men’s haircut.”

Clay Clark: The most real reviews, so you can’t get fake reviews. Right?

Clay Clark: So Google, if you sign up a bunch of fake Google accounts and write yourself reviews, busted. (siren sound) You’ll be off the Google map.

Robert Redmond: And so something that you do, Clay, is you, and something actually one of my clients has done, is they incentivize their team members to give, to get Google reviews. Because to be quite frank, the only people that are gonna leave a review for you, usually are those people who had a bad experience. So you gotta-

Clay Clark: The trolls are in control.

Robert Redmond: That’s right. And so you gotta be proactive about getting those positive reviews. When someone says “oh my gosh I had a great experience,” or “your product is awesome,” say “hey, can you just real quickly, take out your phone, look up our business on Google My Business, and can you write us a review?” And one client did this, it’s a telecommunications contractor in Owasso.

Robert Redmond: He’s a business coach client of ours, he came to a workshop, he was totally floored by the laser show he saw, which by the way, the next conference is April 21st and 22nd. We’ll deep dive into the importance of Search Engine Optimization, what’s that? We’ll tell ya exactly what it is at the business coach workshop, we’ll tell ya how to get Google reviews, we’ll tell ya about sales and marketing. April 21st, 22nd, put it in your calendar now.

But this guy, so he implemented a incentivization program, to incentivize, to reward his staff for getting Google reviews. I kid you not-

Clay Clark: He kids you not.

Robert Redmond: I kid you not, in less than 4 weeks-

Robert Redmond: This guy got over 100 Google reviews-

Clay Clark: Okay, now Robert I wanna ask this now, how many reviews did he get again, the business coach client?

Robert Redmond: 103, and he is now the top in Google for the search term “Owasso security systems” and “Owasso telecommunications contractor” just by getting those reviews.

Clay Clark: For any of you Thrivers out there, one of the things that Robert has, he has a infinite grasp of how to grow a business but he has no grasp of the space and time continuum because it’s definitely April and Robert has just drifted into a different time zone. He’s so fixated on that day, he just occasionally, he gets locked in that rut.

But no seriously, this guy he’s got to the top of Google, and the thing is you wanna incent, you can’t tell someone “Write a good review.” But you can say “It would mean the world to me if you would write a review.” And whoever has the most reviews get to come up top. And you know why that is? Because Google wants you to use Google.

So if we all used Google, and everybody that came up top in Google had no reviews, you would quit using it after you’d gone to your 18th bad restaurant.

Clay Clark: So, you’ll just start using Bing, or Yahoo, or Yelp. If every time you Googled a restaurant, it was bad, you’d quit using it. You would quit trusting it. So because now whoever has the most reviews gets to be top, that’s how that works. And so Mr. Thriver listening there, how do you do it?

One, you want to incentivize your staff, you wanna say “Staff, every time you gather a sincere review, from a client, good or bad, I will pay you X amount of dollars, do it.”

Or two, you can yell a lot, that’s a good move, just yell and scream, make empty threats, you know.

But seriously, you want to incentivize the team, hold ’em accountable, you can make it happen, it’ll change the game, and one more success story before I hit Stacy up with more recruitment questions.

We have a Thriver, I’m not gonna mention the name of his company right now because I didn’t have permission to do it, but this guy, he’s a tutor, and he’s gone from school teacher to $17k a month of profit, over the last 9 months as a result of this strategy and others. So this move can be worth, not a million dollars to ya but it could be worth $17k a month, and I’m sure for you Mr. Thriver, Mrs. Thriver, that doesn’t matter, because you have so much money you burn money to heat your home. You’re not sure what to do with the extra money and so don’t worry about that move.

Stacy Purcell: So for employers, the best practices are to work with one search firm. If you’re working with more than one search firm they’re stepping all over each other probably.

The second thing is to let them do their job, you know, sometimes employers will hire an executive recruiting firm and then they’ll tell them how to do their job, it’s best to let the professional do their job, ‘cuz they know what they’re doing.

The third thing is to communicate. Be transparent. Let them know exactly what’s going on, if, don’t say that this is a new position if you just had to let somebody go, give ’em the true history of the situation-

Clay Clark: Wait a second, you’re, you are making my brain explode with the vast knowledge, you’ve been doing this for so long, it’s just easy, it’s just common sense at this point. I wanna ask you this here, you’re saying here, if I am looking for a top level talent, I need to focus on using just one executive recruitment firm? Why do I have to use just one and not seven, you gotta explain the logic.

Secondly, they’re likely reaching out to all of the same people, and then it sends confusing messages when people get calls from multiple recruiters they might think that you’re desperate, or that there’s something wrong with your position if you have to have multiple recruiters calling the same candidates about it.

Clay Clark: And here we go Thrive nation, everything you’ve ever wanted to know about executive recruiting.

Clay Clark: Thrive Nation welcome back into the conversation, business coach school without the BS, and yes, my name is Clay Clark, I’m the former SBA Entrepreneur of the Year and best business coach ever.

So should you not be able to pay back the loan, the government will take care of it. Now the thing is, the bank doesn’t wanna have too many bad loans, because if they do you’re not gonna be able to write any loans. So they don’t wanna just lend to anybody, but it diminishes the risk factor quite a bit.

Clay Clark: No. Not only is that not in the Unites States, but it’s a good, it was in the world, you wanna take a second guess, it’s not, you wanna kinda stick within America okay because we have a very American bias. Not Shanghai, China. What’s another guess? Take a swing.

Clay Clark: Not Portland, Oregon. And I’ll tell ya what, by the way, if you’re on the left coast, or the right coast, a place where there’s been a lot of government rules that have been passed, your economy’s not doing so well, just throwing that out there.

My uncle, it took him a year and a half to get a permit to build a house, in San Diego. True story, ridiculous. In Tulsa, you get that permit in a couple weeks, or a month. Anyway, the point is, Tulsa is the number one city, according to Forbes, to start a small business. It’s happened numerous times, look that up. Forbes, Tulsa, number one city in the world to start a business.

And so we’re talking today about small business, and business issues, and I’m telling ya what, there’s never been a greater time, in American history to start a business than right now. And the first struggle you’re gonna have is “How do I sell things?” And at our in person, two-day workshop, we focus at least a third of the program on how to sell, marketing, branding, I mean, in my mind, sales, marketing, and branding is really easy. It’s more of an emotional issue, if you just implement the system it works.

But then the second part, in my mind this is harder than sales and marketing, now you’re selling so well you gotta staff people to actually do the job. You gotta find people who can fulfill what you just sold, and then a lot of people just throw up their hands and go “Ah I can’t find good people, I just can’t find anybody, it’s impossible.”

Robert have you ever had a client tell you “It’s impossible to find good people, you don’t know my industry.”

Robert Redmond: I Actually don’t know if I haven’t had business coach client tell me that.