Clay: I’m kind of a business coach hammer now, where it’s like, I don’t get worked up. I don’t process things emotionally the way other people do anymore, but I know what it was like to do that. I just noticed that for me, wasting that team. Carlton Pearson I get, this is a Carlton Pearson show here. Carlton Pearson told me, the former pastor of Higher Dimensions church saying, some of you are listening going, “He’s a heretic.” Maybe, but this is what he told me. This is what he told me, “Your emotion gets in the way of motion. A lot of times you know what to do but you just can’t handle it because we are getting all emotional wasting all your time talking about, this is how I feel about how I feel, about how you feel. 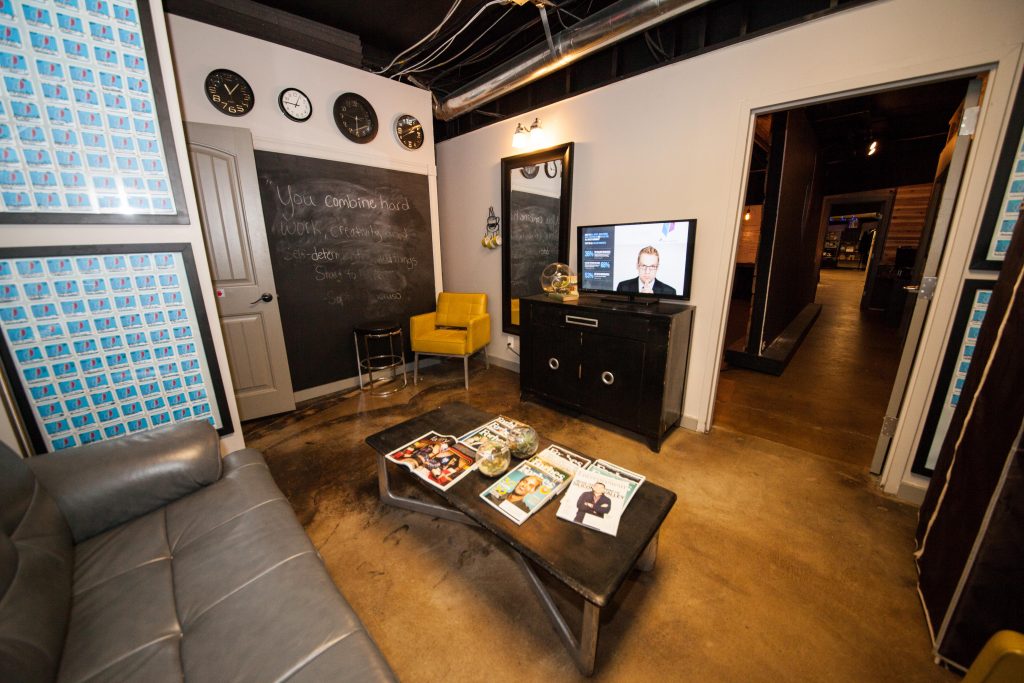 You’ve got to move on. If you’ve got to launch a product Mr. Thriver from Washington who text us at 9188516920. Mrs. Thriver who text us at 9188516920, I don’t know your name but I know it’s from Washington. If you are developing a new product or service, what’s the best way to gather customer data quickly? any advice from a business coach would be great. One, you’ve got to get out there with the freemium, let people try it before they buy it. Get that rude feedback, seek criticism, and not praise if you want to make a raise. The second thing is fail affordably. Get a second job. Plan on not making money for five years.

Plan on not making money for five years. Do you know Google when the started? Google didn’t make any money at all for years? Facebook didn’t make any money for years. Sam Walton, it’s not necessarily great stories at the beginning. Walt Disney lost it all twice. Henry Ford lost it all five times. If you’ve ever struggled at all, you are in good company. You have a plan on not making money quickly, if you want to speed up the time, if you want to avoid mistakes, hire a mentor. Go to the Emyth Coaching Program, or check out the Traction Coaching Program, or do a program that’s one third of the cost and five times faster, it’s the Thrive Time Business Coaching Program. Go to thrivetimeshow.com to learn more. Stay tuned.

Tulsa, Broken Arrow, Owasso, people listening all over this great green country. Welcome back to the Thrive Time Show on your radio. If you have ever wanted to make your business grow you have found the right business coach show. I got to tell you something. A few people have emailed me and have said, “Why do you care so much about money?” What is it? Why do you care so much about money? I’m going to tell you what? I don’t care about money. Robert, someone might say, Robert Redman, one of our businesses coaches has now joined the show. One of our business coaches Eric Chop is going to go out there and coach another client here. Robert stepped inside the box that rocks.

Clay: Robert we need to think of F6.

Clay: Again, I’m not going to try to hit you with a pop quiz and go, what’s the order of them? But can you kind of explain the essence of the F6 goals, and why somebody has to have a copious amount of money, cash, currency whatever, in order to be able to achieve their goals? Can you kind of walk me through because I know as a business coach you first enter the program and you are learning this. It could be like, “Man, what’s the point of all this money?” Walk me through kind of just the F6 goals, and how it relates to money?

Robert: Clay, something that I hear you talk about a lot is you breakdown the why of business. Why are we doing this? Why do we even start a business? Something that you say that I think is moderately profound.

Robert: Is that the business is a vehicle that’s designed to serve you.

Robert: The business is a vehicle, it’s a nice dodge charger. It’s a vehicle designed to serve you. Isn’t that a great business coach quote?

Clay: Real quick. I want to make sure I cue this up here. Where do people get that wrong? because lot of people don’t build the business to serve them. A lot of people build a business that serves who?

Robert: All sorts of people. What happens a lot of times is that someone starts a business and they get employees involved, and the business ends up becoming something where it’s like, “I don’t want to hurt the feelings of my employees, and someone wants to take a day off and I want to get them to like me.” The business starts to become something that serves other people. Then the business owner is stressed and they end up becoming almost like a slave to the business, because their business isn’t designed to serve them.

Clay: One example that could be slightly offensive to some of our listeners, and if you are offended it’s okay. All I want you to do is just understand that I don’t care. Here we go, why do I have an Israeli flag and an American flag in our office? From your perspective. You’ve kind of been around me long enough. Why do I have an American flag and an Israeli flag in the office?

Robert: I think first off all because you are a great American.

Clay: Shouldn’t we be politically correct? Couldn’t someone get offended at some point?

Robert: Yeah. I think something that you’ve shared is if you are in that position, you’ll be running around, changing things, having to create a business that’s designed to serve other people, but not you.

Clay: What are the F6 goals? Kind of walk us through the goals, because the whole point of building a business is, the point of the business is to be able to earn enough money so that you can have financial freedom and time freedom to pursue these F6 goals. Faith goals. What’s an example of a faith goal?

Robert: Example of faith goal could be, I want to attend church every week for this reason. Another example could be, because I don’t know the faith of all our listeners, so I want to be respectful and politically ..

Clay: Mostly Amish. We have a lot of Amish listeners and they are passionate about business coach items.

Robert: A lot of Amish. An Amish faith goal could be I want to wake up every morning at 4:30 AM to work my entire farm, and churn butter and say the lord’s prayer 120 different times.

Robert: And Jeremiah and Reemus. Get the whole gang together.

Clay: And to make your own soap, yeah, and fudge, and furniture.

Robert: And milk for goats.

Clay: Milk for goats, that’s a great series of faith goals you have. It could cost money to take time away from work, to be able to drive to the church, go to the church, get involved in the program, whatever it is. Family, you’ve talked to a lot of thrivers, you coach business owners. What are some of the family goals of business owners you’ve worked with?

Robert: That’s something I hear that you remind us of often in our business coach meetings.

Clay: The thing is, if you are going to have five kids, you have certain activities that must happen. I would just tell people that. You’ve got to be horizontal if you want to create kids.

Robert: You’ve got to be standing up.

Clay: No, we are going to get into more details.