So let’s do an example. Andrew Carnegie who inspired me to become a business coach, went on to become the world’s second wealthiest man, and then the first wealthiest man, only behind Rockefeller, it was kind of a back and forth between him and John D. Rockefeller. Well the guy started working at age 13. Age 13, as what they called a bobbin boy. Basically he changed spools of thread in a cotton mill. He worked there 12 hours a day, six days a week in a Pittsburgh cotton factory. He started making a $1.20 per week, which in today’s dollars would be $36.36 per week, adjusted for inflation. 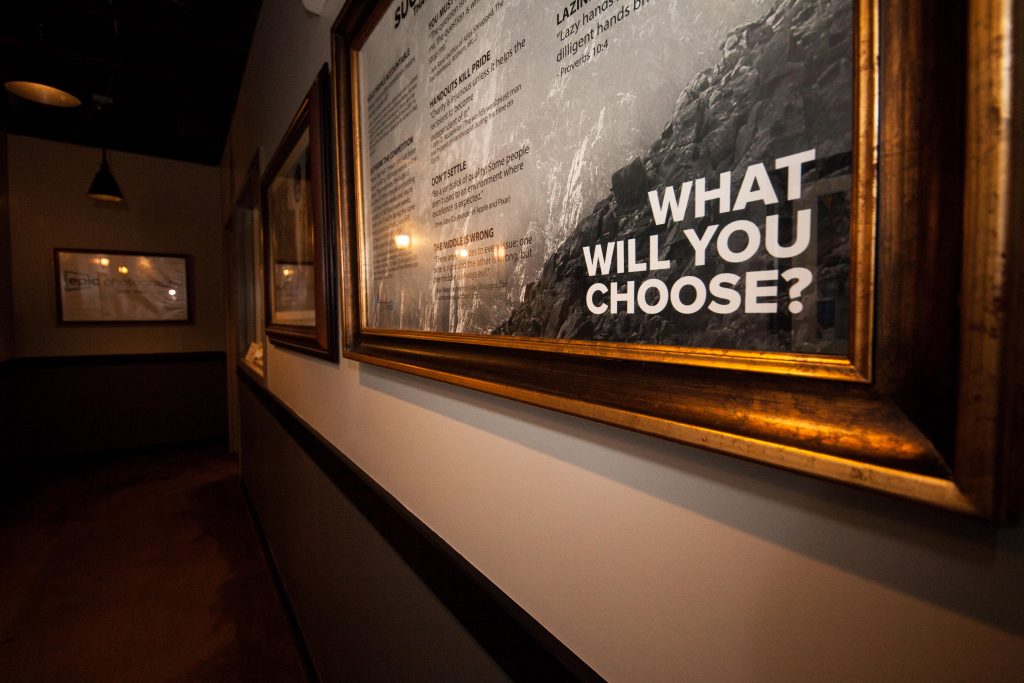 So he started off working there, but he did the best job he could possibly do. He got the attention of his boss, and then his boss’s boss, and he went on to develop a mentorship relationship, a mentor relationship with one of the most wealthy people of his time and a business coach. And if you look at his success, he pointed it back to finding that mentor. This concept he calls “the mastermind,” the concept that he wanted Napoleon Hill to write about is-

Napoleon Hill- he asked Napoleon Hill to document his success principles, the moves that would work for you and me, that are universal timeless principles even for a business coach, into a book called Think and Grow Rich. And those timeless success principles, one of them is you have to have this thing called the mastermind. Basically you become like the people you’re around. Everybody needs a mentor, because you could either learn from mentors, or mistakes.

And so Doctor Z and I got together and we built Thrive15.com which is now the world’s best and most affordable online business coach school. And we believe in it so much that the first month that you try out the program, you only have to pay a dollar. And then every month thereafter, it’s only a whopping $19. But the thing is you’ve got to take that first step. And that first step for many of you, and the sixth step- we’re talking today about the seven steps that you need to take to guarantee your success from a business coach who actually knows what the heck he is doing. Okay, we were talking about finding your purpose, and ensuring that you get there. That next step you need to take, and the first step for many of you, is you must focus on increasing your self-discipline to increase your time and financial freedom.

You know Andrew Carnegie said this, he says, “People who are unable to motivate themselves must be content with mediocrity, no matter how impressive their other talents.” My friend, you have got to find a way to motivate yourself to take that action. And for many of you that first step- and for Jennifer it was just taking the first step- I mean here she’s grown this massive physical rehabilitation company in Tucson Arizona, but her first step was your first step. You need to get out to an in-person Thrive Time workshop, an in-person two-day workshop. Get up there to ThriveTimeShow.com

We had a guy text me this weekend and he says, ‘hey listen. It was like a fire hose of knowledge. I learned more in two days than I have learned in my previous 30 years on the planet. Thank you guys.’ And I’d love to take all the credit for it, but I can tell you, I’ve traveled around the world interviewing the most successful people. They’ve taught us their moves, their systems. We’ve canonized it, we’ve systemized it, we broke it down into actionable bite-sized bites into a book called The Boom Book, and I’m just telling you what we teach you this. We give you the book at the workshop, and it is an absolute game changer for many of you. But you’ve got to find a way to motivate yourself.

You’ve got to understand this. If you look at the timelines of success, look at how long it took Google to make a profit. Those homeboys were slaving away for nearly five years before they made a profit. Could you imagine that? Look at Airbnb! Airbnb, look at that company. How long did it take them to make a profit? Did you know that Walt Disney, Walt Disney lost it all twice? Did you know at the age of 36 he was broke? He spent all of his money trying to make a movie, and he ran out of money. He had to go get bank loans, and if he would not have had a relationship that he had been working on for years, he would have lost it all again at the age of 36. Do you understand that he once ate dog food? This is a real example, this is what he actually did. Do you grasp- I want you to make sure that you understand this so this truth can become your own. Henry Ford went bankrupt five times. Five times. Could you imagine what it would be like to go lose it all five times?

You have what it takes to make your life the best it can absolutely possibly be. You can do it. You can make your life epic. That’s the name of my consulting company, Make Your Life Epic, because I know, I believe firmly that you have the dynamic capability to change. Your life isn’t just the way it is. You don’t have to just accept life the way it is. You have the ability to change things. But you have to take the first step.

Thomas Edison has said it, and I will say it to you over and over again. “Knowledge without application is meaningless.” He says that vision without execution is hallucination. Tulsa’s very own Jim Stovall talked about how he himself did not have a vision for his life until he lost his vision.

I’m encouraging you right now, wake up. Let’s do a checkup from the neck up. Let’s go to ThriveTimeShow.com. Let’s book your two-day conference ticket and let’s begin transforming your life right now.

My friend, God has a purpose for your life. Don’t forget it.