How to Fire | Tips from a Business Coach

Clay Park: Z, what are the words you said or as a business coach you would tell people to use? 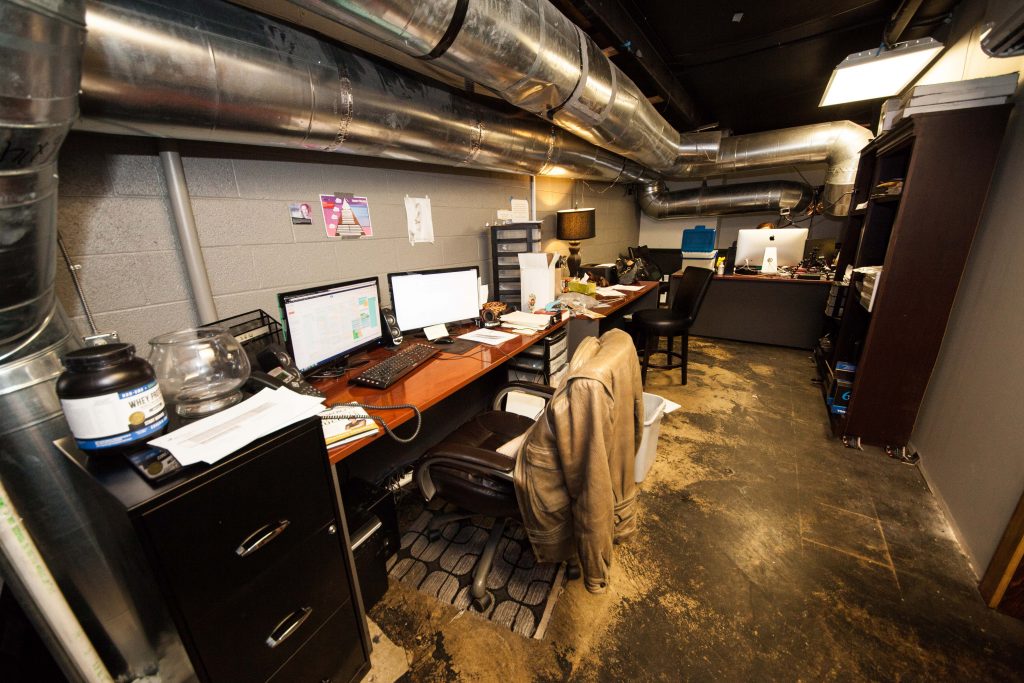 Dr. Zelner: It’s not working out. You are fired. Please leave.

Clay Park: Here’s my rebuttal. I have three rebuttals real quick because I want to role-play. The business coach Thrivers need to get good at this. If you own a business and you’re not firing some … Let me tell you, if you have over 50 employees and you’re not intentionally encouraging somebody to move on at least every two or three weeks there’s something weird going on because you don’t have a high enough intentional turnover. So here’s the deal, you said it’s not working out and here’s my response; but, Jackson always gets to do it. How come Jackson gets to? I did-

Clay Park: Rebuttal number two. But I have kids and I have to support my kids and I can’t. So I have to feed them and it’s so expensive.

Clay Park: The final one.

Dr. Zelner: Gosh, that sounds mean. Doesn’t it? Sam is over there laughing. Sam, that’s me. It just sounds mean but you know what-

Clay Park: The final one. I promise I’ll do better if you’ll just business coach me. I promise. I just want to do what I could have done better. Please.

Dr. Zelner: Plus, I’ll give you a raise and a better schedule. I’m so sorry.

Clay Park: But you say it’s not working out every time.

Dr. Zelner: No, it’s not working out. I tell you what. If you manage people, you own your own business, it’ll save you hours of frustration because what will happen is they’ll want to know, “Listen, I’m know I’m no longer working here but, business coach me how I can be better in my next job.” That’s a trap. What they’re really saying is, “I’m going to sit here and argue with you for an hour and prove to you that you shouldn’t be firing me.” That’s just frustration of time because now you’ve already decided you’re letting them go. You’ve already gone through all the mental … You know what? Firing people is never fun. I’m not saying it’s fun. I’m not trying to make it out as something fun. In the end, it is not a fun thing by the way. But, in the long haul, if it’s not a good fit for them and not a good fit for you, you’re the one that matters. It’s your business and everything should go to the filter of what’s best for my business and if you being here isn’t best for my business, see you later alligator.

Clay Park: So I want to ask business coach client because when you built the business, you had some people you had to hire and it became clear they were past their expiration date like some milk. And you look at that and it’s like 31 days past but you’re a single guy so the move is (sniffs). And you’re smelling it like you’re somehow going to discover if it smells right, like a milk smelling specialist. So you’re like, “I’ll give her a whirl.” You take a swig of that, next thing you know you go, “Oh, no.” And it’s already down the hatch. Oh, no. And it’s just the quizziness, your body begins to alert. Your brain. Danger. You begin nauseous that your body’s way to say, “Hey, danger. You put something crazy in there.” Talk to me about why it was so hard at first to let people go versus where you’re at now.

I would say if you’re starting a company out there, go big and go fast because we were small when we started. We had four chairs so we had four grooming professionals. If we lost or I fired one of them, potentially we could lose 25% of our business. That is huge, right? Especially when you’re living in your sister’s house, you’re single because you can’t afford a date. But, I’m not talking about my story or anything but-

Clay Park: It was him.

And you work 100 hours a week for the rest of your life and this is how it’s going to be.  So I realized that I was in that stages of lost so I would say if you’re in that stage and you’re just feeling overwhelmed, go big and go as fast you possibly can. I’ve got an email once from a young lady that said, you’re looking desperate, you’re always having an hiring ad on Craigslist. And I said, “That’s straight. I’m always hiring people. I’m always growing. I’ll never stop.” We invest on a weekly basis into a whole platform of hiring candidates.

Clay Park: Z, are you ready for a Trumptastic business coach fact?

Dr. Zelner: Bring it on.

Clay Park: Here’s the deal. I don’t care whether you’re a Trump fan, you’re an Obama fan, you’re a Reagan fan, you’re a Bush fan, government does not create jobs. creates jobs. Z creates jobs. How does he do it? The business grows and the customer votes with their dollars. The customer votes with their dollars. They say, “I like the service so I’m going to come on back and bring friends,” and when they come back and bring friends, then has to say, “We need to hire.” This week we’re adding what? Three more positions from the call center and three more seats for the call center. Two more seats. Two more seats?

Two more seats and we have about five employees we just added.

Clay Park: So he added five more employees because you the customers were so thankful for you. You the customers said, “We’re voting with our dollar. We came in for the one dollar, one time haircut. We know the first haircut’s a dollar. We came in and we like it so much, we’re coming back.” When we come back we got Action Jackson in the box. We got Dr. Z. We’re going to talk about mo’ money, mo’ problems. And the problems you’re going to experience as you grow from a baby business to a real adult business. Stay tuned. thrivetimeshow.com and business coach tips.

If you are listening right now to Oklahoma. Maybe you’re in Oklahoma. Maybe you’re one of our Thrivers out there in Tennessee. Maybe more of you are listening from not in Oklahoma but then in Oklahoma we have podcasters all over the world in 50 countries and we don’t have any verifiable evidence. We don’t have any facts. I just have a lot of speculation mixed with paranoia and Z, I believe that the Clingons could be listening. Aliens, Cligons, the Ramulens, the Wokies, they’re all listening from other planets.

As a business coach, as a guy, you’ve seen it all, you’ve done it all. You’ve traveled around the world. Do you believe, one, that there are aliens and two, if there aliens, do you believe that they are tuning into this podcast?

Clay Park: Johnson, we have a hot pocket for some reason. A hot pocket of subscribers in Singapore right now and Australia even. They love … You’re big in … People in South Korea, not kidding. South Korea, for some reason, there’s a lot of people who like entrepreneurship in South Korea because their country, the way it’s set up. A lot of people in Australia. A lot of Singapore. A lot of the Asian countries. But the thing is that you, as a Thriver, what you’re doing is you’re realizing one by one that these guys are actually helping real business owners. And one by one, you google stuff like Delricht Research Lab. It’s D-E-L-R-I-C-H-T Research Lab. You find them in New Orleans and you go, “Wait a minute. They’re growing.” Some of you actually pick up the phone and have called actual Thrivers and have said, “Does this actually work because of it kind of feels like a steroids?”

But, we have this concept here. Z and I are all about long money and long-term, okay? So we don’t want to do short-term moves to generate quick cash because if you take the shortcuts and you hurt your customer, the database and your brand, long term, you’re not going to grow. And so we teach, Z, the moves that will help you grow your business more quickly but we also understand, you’ve been an optometrist for 25 years, my man. This wasn’t an overnight success.

Dr. Zelner: No, you’re absolutely correct and one of the things that we found out on our business coaching platform, our online business school about the BS at thrive15.com, which by the way, is like $1 for the first month.