Steve: Here’s the thing that I see happening a lot, and I actually read this in a business coach book or saw it somewhere. So this isn’t original stevecurrington.com here. But people treat complaints as objections. They do it all the time. 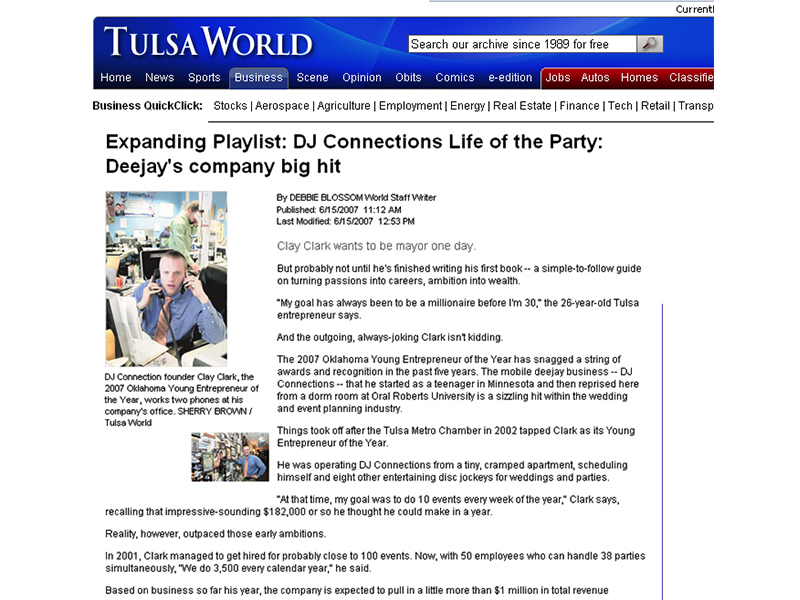 Steve: Yeah, so let me give you an example. Go to the Apple store. And people go in there, and here’s what they do: “Oh my gosh. Are you kidding? Nine hundred dollars for an iPhone 7?”

Steve: “This is ridiculous.”

“This is highway robbery”.

Steve: So it’s a complaint. And so you go down this whole rabbit trail of “Well, I understand your concern” and they’re like “I’m just complaining”. And then we do the same thing with rates. “The rate’s 4 and a quarter?” “Yeah, that’s what rates are, man. I mean, go look it up. I mean, legally, I’m so regulated that I can’t hose you even if I wanted to. I can’t even charge you a higher interest rate if I wanted to”.

So people, I think, as sales people, we do that. So we’re taking … Somebody’s just complaining, like “Oh man. But, so, to do your membership, I have to like, sign up and give you, like, a card?” “Well, yeah. I mean that’s how we collect it every month.” So it’s a complaint. As they’re pulling their card out of their wallet. And so I would encourage you not to try to overcome an objection that isn’t actually an objection. ‘Cause sometimes it’s not.

Clay: Now Thrive nation, I as a business coach want to make sure you’re getting the answer that you have requested. You’ve obviously taken time out of your schedule to text in 918-851-6920. 918-851-6920. And the question was, “What is the best way to overcome a hard-no objection when trying to set an appointment from a cold call?” And Steve, I am requesting permission from you to go off just a little bit.

Clay: I sincerely believe … And I’ve worked with you for a long time. I believe that your business is the best mortgage solution in Tulsa. Do you agree that you’re the best?

Steve: Yes and I believe you’re the best business coach out there.

Clay:do you believe that your men’s grooming lounge is the best place to get a haircut if you’re a dude?

Clay: Okay, so here’s the deal. Step 1: You have to make sure that your product is the best. You’ve got to whatever you have to do: the experience, the sight, the sound, the smell, the logo, the brand, the ambiance. Everything that needs to be improved. You gotta ask yourself today, “Am I the best?” If you’re not the best-

Have you met that guy that doesn’t think his product’s the best?

He’s not the owner maybe but it’s sad especially for a business coach.

Clay: If you’ve not got to a place where you’ve taken your product to that next level where you are the best, then that’s what you need to invest time in, is making your product the best. But if it is the best, then you have to understand that the average person says “Yes”, only after their second objection. So the first time they’re gonna say, “I don’t know if it’s for me. I have a question about price. I have a concern about the overall availability of your team”. But if you are so convinced that your product is the best that you’re willing to push through the nose, then you’re gonna have massive success as an owner, business coach, or anything else. Stay tuned. More answers to questions from Thrivers like you. Thrivetimeshow.com and business coach lessons.

All right Thrive nation, I want to get just a little bit deep with you because I will tell you, as an entrepreneur, it can feel very alone if you’re not careful. And I’ll just give you an example. From my business career, I started DJ Connection, and I stuttered as a kid. So when you stutter … If you’re listening right now, I sense that somebody in our listening audience … Maybe you stuttered, maybe you had a hard time with a physical disability or something. But what will happen is, when I stuttered … I was like twelve years old and I was still stuttering in conversations. I would try to talk to somebody and I couldn’t quite say what I wanted to say. And what will happen is, people will then make fun of you. So then, you don’t want to be made fun of, so you begin to kind of look within, and you begin to sort of put your head down, you begin to sort of avoid people.

Well, at about the age of thirteen/fourteen, I felt very confident in speaking. And so my move was, anybody that ever attacked me … Ryan Brace, I’m so sorry … But anybody whoever attacked me or even attempted to attack me … I remember I moved to Minnesota. I’m in the cafeteria and this kid Ryan Brace, he steps on my shoes. And I was just learning to communicate effectively. I didn’t stutter anymore and I’d been made fun of my whole life. And I’m like, “Did you step on my shoes?” And he said, “Yeah I did”. And I said, “I want an apology”. He said, “I’m gonna apologize”. And I just knocked him out. And that was my move. Because the thing is is that if you go through a hard time, right? If you’re getting beat up, you have two options. Either one, you sort of rise up and you become sort of like, “You know what? I’m gonna prove everybody wrong and I’m gonna fight for every inch”. Or, you sort of just take the beatings and you just sort of lay there and you just sort of take what you’re given.

In the world of entrepreneurship and business coach, if you take what you’re given you understand you’re given nothing. Your competition won’t give you anything, the market won’t give you anything. And so what happens is, you wake up one day and you say, “I’ve got to become a fighter”. And every entrepreneur that I’ve ever met is a fighter. And so when you email and you text in these questions to 918-851-6920 … Let me repeat that one more time. It’s 918-851-6920. That’s 918-851-6920. When you text in those questions, we have a compassion and focus. Everyone of us inside the box that rocks … I mean, Steve Currington from Total Lending Concepts, founder of Elephant in the Room, myself, Clay Clark, former SBA entrepreneur of the year. We’ve all been there, we get it, we empathize. And even though I want to keep the show light and fluffy, I want to make sure that you understand I get you. We get you.

So talk to me. How do you keep your sales team motivated in a call center environment as a business coach or even an owner?

So we do have a call center dedicated to just answering questions, booking appointments for our three locations. Now, most people, they struggle just getting out of bed, finding the motivation to go to the gym or just get out of bed and put that smile on, you know? And so let alone, to get them to call a stranger and offer them a service can be a challenge. So, you’ve got to 1. Have someone that emotion … Get people charged and get them amped up, right? But we are huge on goals and goal-setting. And so if it’s a number of calls per day or bookings per day, and then you have a reward with that as well. So it’s incentive-based, you find the right person that fits in that environment, that wants to grow. Because if my employees aren’t growing, my company’s not growing. So, just the words of affirmation, telling someone “I believe in you”, and then holding them accountable to the personal goals that we set for them.

Clay: Now you have seen the call center at DJ Connection at the apex when there’s like twelve dudes, nine dudes, rockin’. Phones are ringing constantly. Everyone’s selling something. Can you kind of explain to the Thrivers what the atmosphere is like in a call center that’s fully rockin’? ‘Cause you’ve seen it when I used to own DJ Connection, what that’s like. Can you kind of explain what that atmosphere should feel like?

Yeah. So there’s a buzz in the air much like there is in your business coach dojo. There’s definitely … You can hear the money be made, right? And I don’t know how many guys we had, fifteen-twenty guys. It was all guys. But we were more aggressive like in your face. Like, “I am taking your money”. Like, in your face. And we’d tally the board, all that stuff, how many leads we got, how many we closed, and its percentages. I can relate to maybe sports, you know? At the end of the day you got a winner and a loser. And so it was like, “Who’s buying me lunch today?” And so that environment, it may not work everywhere. But with that group of guys it was intense and ultimately we were all gonna win with big paychecks.

Clay: So here’s the deal, Thrivers. I’m gonna give you four specific action items that you can implement if you’re gonna run a successful call center. This is just four moves that you can do, and it works every time. So you gotta do it.

One is have a quota for what every person should do per day. The number of calls they need to do per day. Now, Steve, can you talk to me about what happens. Because you’ve seen it. The problem is, so many people see the success that you’re having and they will reach out and go, “I want this success”. And you tell them what to do and they say, “I want to do what I need to do to become successful”. But when they don’t have a quota they sort of just drift. Can you talk to me about the importance of setting a quota? A set number of calls to make per day?

Steve: It’s interesting because if you … And we just actually kind of experimented with this recently. But if you let someone set their own quota of what they think they can do –

Steve: -versus telling them what the standard is, it’s crazy. ‘Cause it doesn’t happen. So where’s what happened. “I can make X number of calls a day”. Well then they hit 15% of that and you’re like, “What happened? I thought you said you could make X number of calls today?” “Well, then I had this and I was updating this and I was doing this and I was doing this.” And what it comes down to … And I’ve had lots of people who’ve worked for me, I’ve had lots of sales people, lots of people that have done everything from just call leads that had no experience in the mortgage business to experienced mortgage people. And here’s what it comes down to. You just have to do it. Like, whatever it is, you just have to do it. And if you don’t have a goal of a thing that you’re trying to get to, then you’re not gonna reach anything.