Clay: So, I’m going to play a scenario as a business coach, and you tell me if this is true, okay? 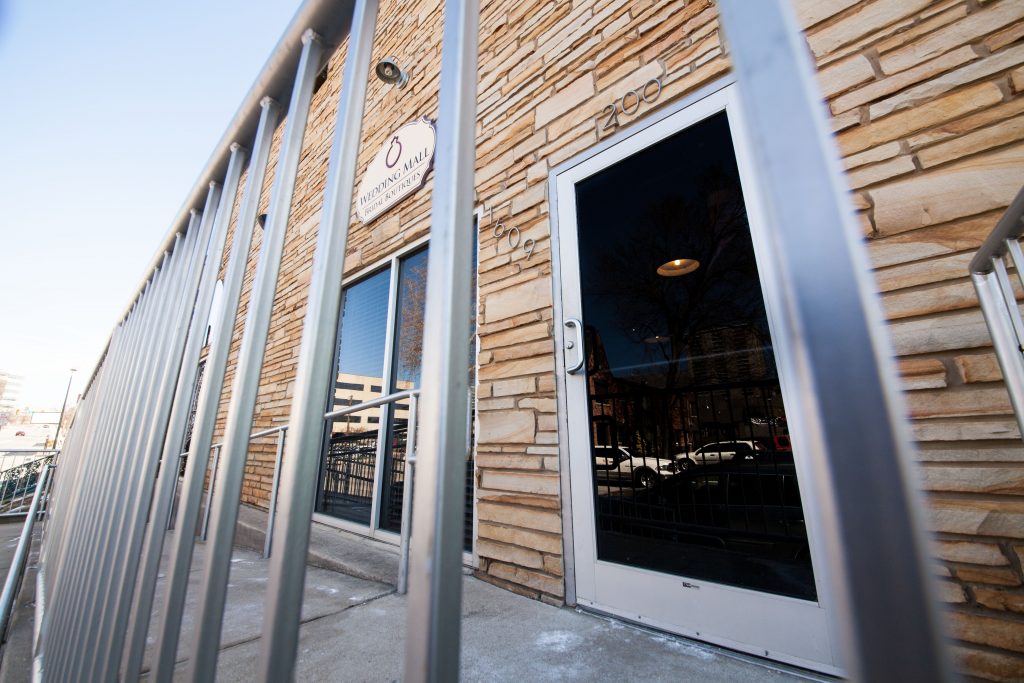 Clay: So, Phil over here, he’s a normal guy, he just wants to go- Phil, do you have any kids?

Clay: How many kids do you have?

Phil: I have four children.

Phil: Three boys and a girl.

Clay: How old’s your girl?

Clay: Okay, so she’s 20. So she’s not doing competitive high school cheerleading now. You didn’t hold her back five or six years.

Phil: No, no. But she did do competitive cheer in high school.

Clay: Okay, so you know there’s a certain make and model that can fly. How much can you weight, Sharita, if you’re going to be a flier at a competitive high school team?

Sharita: And that’s in college.

Clay: So you know there’s a lady, I’m sure she came up to you at one point, some mother who came up to you- And the mother, by the way, mom is trying to live out her cheerleading aspirations through her daughter. And because her daughter- Because it’s kind of a relevant show and it’s 2017, her name is Madison. And the mother, her name is Amanda. Because if you’re 35 right now your name is Amanda. You name is probably Karen. No, Karen’s probably 50. But Ashley, there’s an Ashley out there. Amanda. Maybe a Katie. These kinds of names. And your daughter’s name is Madison. Because Madison is more of a timely name. Your son’s name is Harrison and you are still a business coach, okay?

Clay: So you walk up and you say, “Excuse me. Excuse me, Sharita? Miss Sharita, can we speak?”

Clay: “My daughter, Madison, who, as you know, spends a lot of time practicing, and she is not flying. And I just think it’s not fair.” And what kind of things would these mothers say to you?

Sharita: Oh yeah, they would definitely demand- And you were really nice, but a lot of times they would demand that my daughter have this position, or this role, or this spot in the formation, or she needs to be a flier. People would very much do that and business coach clients do the same.

Vanessa: I feel like our listeners don’t know Sharita, but we refer to her, lovingly, as The Shark as a business coach.

Vanessa: So I’m just saying, there’s no competition of- Now, if you were to come up to me and say- Back in that time I remember, oh gosh, the parents stressed me out, but just let them deal with The Shark.

Sharita: Yeah, I would just be like, “Listen. Madison is great. The team needs her. Her base is amazing. She’s a solid base, she has a great stunt group.” And I would just kindly say that this is where she needs to be for the team, you know? If she wants to get those skills we’ll be glad to put her there, but as for right now, we need Madison in this spot.

Clay: Did you ever get the feeling that the person you’re talking to, this is the first time in their life they realized their daughter weighs 147 pounds? And she is better positioned to be a base, and you’re the first person to tell them that she can’t fly, just because of physics, the Earth’s gravitational pull, things like that?

Sharita: Well, I think maybe. I guess I never really thought about it before. I think they just had their idea of what they wanted it to be, and they’d never really considered the whole picture.

Clay: So, how does this relate? We’re talking about how to become a master. And one is you have to be honest with yourself. Because most people have an ego, and we can’t see ourselves clearly, and we think too highly of ourselves. I’ll give you an example.

All of us have left a voicemail, and then you accidentally, you clicked on something, you heard something, maybe you clicked the wrong thing on your phone and then you heard yourself. And you’re like, “Augh, that’s terrible!” And it says, “Do you want to re-record this message?” And you’re like, “Yes.” So you hit three. Boop. And you re-do it again and it says, “If you’re satisfied with this message, press six. To hear it again press two.” And you’re like, “I’ll hear it again.” Boop. And then now you’re in that cycle. Have you ever done that before, you leave the same message four times?

So the thing is, the worst thing out there is you have a radio show, so you hear your own voice all the time, and every day you’re like, “I don’t sound that stupid all the time, do I?” And then everyone’s like, “Oh yeah, that’s totally you. It captured the essence of you on today’s show.”

So, Phil, when you sit down with people and you’re helping them financially plan, do you ever have to be honest with these people where they’re going, “Well that’s not very nice, Phil. Data and numbers and math. This seems mean!”

Phil: Yeah. I have to be honest, because I’m creating a roadmap and showing them what they’re going to have to do to get there. So most of the time it’s not necessarily good news. It’s more than what they had expected it to be, but at least they know where they stand.

Clay: So, financially, you’re going to help them do that. And what’s your website, what’s your phone number? How can people get ahold of you?

Sharita: The great thing is, I think wherever you are in life- If it’s a kid in cheerleading, if it’s someone looking towards retirement, wherever you are, once you’re able to have that honest conversation with yourself and see where you are and accept that, that’s the most powerful position to be in, because you can take change. But if you’re in denial and won’t look at where you are, you can’t make any change to get where you need to be.

So I think that’s why meeting with someone like you, if you’re looking for retirement, or a business coach if you’re wanting to grow your business, is so helpful. Because you can see where you are and then what steps need to be taken to change.

Clay: Well, for instance, because I get my eyes maintained at Dr. Robert [Zelner 00:30:17] and Associates, I go in there with my pair that I bought for 99 dollars and my free exam, and I go in there and I walk out to my lawn and I notice, there are areas where there is not a tree. And I must cover every area with a tree. I have to be honest with myself and realize, “If I want to see this grow, if I want to become a master of tree growth, I want people to drive by my house in 40 years going-“

Vanessa: Just see a forest, basically. With some smoke coming out of the trees from where you’re burning [inaudible 00:30:47].

Clay: If I want to take it to that next level, if I want to be an eccentric level of trees in a world where we have had all of our trees knocked down and we’re all in neighborhoods with these ridiculous sidewalks and these HOAs, and that one complimentary stupid small tree that, by the time you sell the house- Because you know you’re not living in a house for 27 years. When you move out it finally looks mature. If you want to just drive by the house and say, “Man, who was the Johnny Appleseed of the trees who lived in that home?” Well, I have to start- I have to be self-aware. I have to be honest with myself and say, listen, these trees aren’t going to plant themselves. You’ve got to have those tough conversations with yourself.

So Tim Ferris, bestselling author of The Four Hour Workweek, he wrote, “A person’s success in life can usually be measured by the number of uncomfortable conversations he or she is willing to have.” And so I would encourage you today, find that area that you want to master. Find that thing you want to dominate. The elephant in the room.

And so if you have found yourself where you have started a business and you’re not getting to where you want to go, you need to take massive action today. And the massive action that I am strongly encouraging you to take is one of two things: One, get out to an in-person Thrive Time business coach Workshop. It’s April 21st and 22nd. Book your ticket, it will be the best conference taught by a business coach you have ever been to, guaranteed. Or move number two, meet with a financial planner. Meet with a financial advisor. If you don’t have a business, but you want to end up where you want to be financially, Phil, how could they get ahold of you, my man?

Clay: Now, Thrive Nation, as always I want to encourage you to take four additional potential action steps here today, tomorrow, sometime soon. Go to ThriveTimeShow.com, subscribe to the podcast. You never want to miss an episode. Sometimes you’re gone on vacation and you’re going, “I want to get caught up.” If you subscribe you’ll never miss an episode. Do go to ThriveTimeShow.com and get those tickets. Move number three, go to ThriveTimeShow.com and sign up for a one on one business assessment. Or, number four, sign up for the world’s best business coach school, Thrive15.com. And as always it’s just a dollar. It’s just a dollar, it’s unbelievable, like Justin Bieber, Vanessa.