Speaker 1: All right, welcome back to The Thrive Time Show on your radio. It’s a show that’s all about you. For anybody tuning in for the first time, basically on this show we steer clear of politics, we don’t get into religion too much. We don’t talk about home and gardening. What we talk about are things that you can control, we are the practical business coach guys.

I remember I was reading Napoleon Hill’s book back in the day before being a business coach, “Think and Grow Rich” per the recommendation of my boss, Jeremy Thorn. I was working at faithHighway, it’s basically where we sold evangelism commercials to churches. 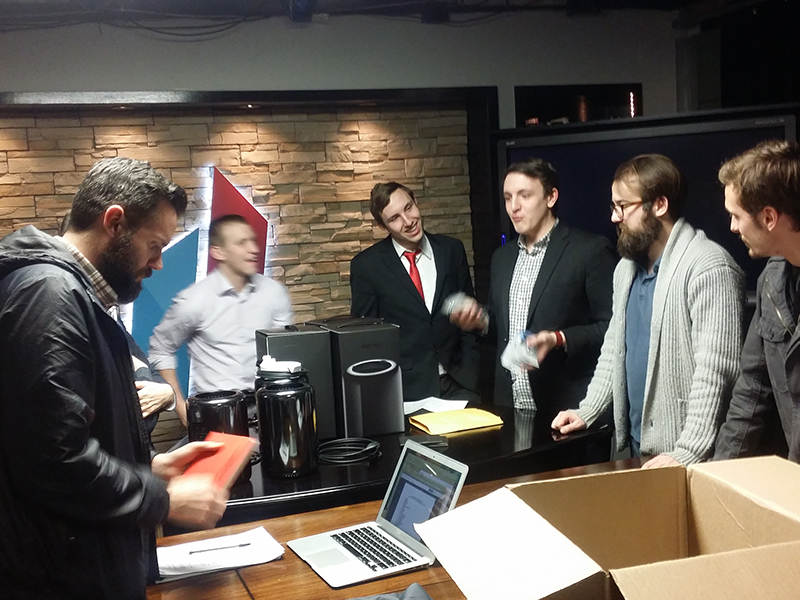 The idea was you would cold call a church and then you would try to convince the church to buy your commercials that they would run on the air, like on MTV, ESPN, that kind of thing. The idea was you’d run those commercials on the secular stations and then you’d be able to reach people that were maybe looking for a church or looking for a life change or something like that.

I was awful at that job for a long time, I wasn’t very good at it. My boss Jeremy Thorn sensed that I had some talent but that I just wasn’t harnessing that talent. He had me read “Think and Grow Rich”. It was one of those conversations where it’s like, “Hey, you should read ‘Think and Grow Rich’.” I’m going, “Okay, cool. I’ll try to do that.” He goes, “No, no, no. I mean you should read it or you’re fired.” I’m going, “What?” “You’re going to read the book or you’re fired.”

I thought, “Well, okay. Since I don’t want to be fired I’ll probably read the book.” I think a lot of us even a business coach, we need some sort of a breakdown before the breakthrough. We need some sort of hit in the head sometimes before we’ll do what we need to do. I picked up the book and the first chapter, it starts off high. You’re pumped up because he’s talking about, “I’m Napoleon Hill. I’m the personal apprentice of Andrew Carnegie, who was once the world’s wealthiest man. I had an opportunity to interview this man, and everyone he knows about how to become successful.”

Think about that for a sec, is that you? Is that you? Are you okay? Is that you? I think a lot of us, that’s what we’re doing. We’re out there going 90 miles an hour going the wrong way. We just need a little focus, we need a rudder. You’re a very fast moving ship, you’re trying to climb up the mountain of success blindfolded because you just don’t know, even what you don’t know at this point.

You look at a business like Dr. Zoellner and Associates, you see his optometry booming. You go to z66aa.com, you see his auto auction just rocking and rolling. You have used Epic Photography for your daughter’s wedding or something or DJ Connection for a big corporate event. You’ve gone in Elephant in the Room and have received a high quality haircut. You’re frustrated because you’re going, “How it is possible that these guys who are probably not even that smart are building all these successful companies and I’m not.”

What happens is, then you have two options here; you can either get really curious about how we’ve been able to do it and say, “You know what? I’m going to learn what they do, I realize these guys have been successful.” I think between Z and I, it’s like 18 industries I think we said; 18 different industries we’ve had success in. Auctions, photography, branding, commercial photography, radio advertisements, wedding shows, party rentals, medical equipment, basketball training. The list goes on and on and on.

The thing about it is that every business is more the same than it is different. If you can’t accept that truth and you just want to believe, “Well, my industry is different and there’s no way possible that I could figure it out. I’m just going to listen to this show while I eat my Oklahoma Joe’s baked beans and just be irate.” You can do that, in fact there’s a lot of people that would validate that.

There’s statistics out there that shows that eight out of ten businesses fail according to Forbes. Inc Magazine shows 96% of businesses fail. An article that came out that blew my mind in Forbes said that 65% of all of the jobs created in our country since 1995 were created by who? Small business owners. You could feel like, “Man, see I’m just a small business owner trying to make it and I can’t do it.” Or you could accept that more business are the same than they are different and you could seek that information.

They come up top on Google because they’re implementing the proven system taught by our business coach team. Once you get to their website, so go ahead and go to tiptopK9.com, go there real quick, tiptopk9.com. Once you go there you’re going to discover they have a very, very sharp website, they have a great logo. It’s a really clean looking website, they have a great video that shares their story. They have great online ads that are now going to follow you around the internet to whatever website you go to.

Because you want to get your dog trained anyway, who doesn’t have a dog that won’t stop barking, and peeing, and jumping up on people? You’re going to visit them anyway, but they have a clear offer. They have a no brainer. It says it’s $1 for the first time that you train your dog with satisfaction guaranteed. They’ve got an offer, they’ve got the great branding.