We have people and business coach clients coming in from all over the country and they’re- it’s unbelievable the results that they’re achieving. We had one lady who came to the event and she has a therapy company. Her name is Jennifer and she lives in Tucson, Arizona. It’s a physical therapy company. And she came and she just testified, she shared with the group that she’s grown from three clinics to six just in the past 18 months as a result of what she’s been learning. 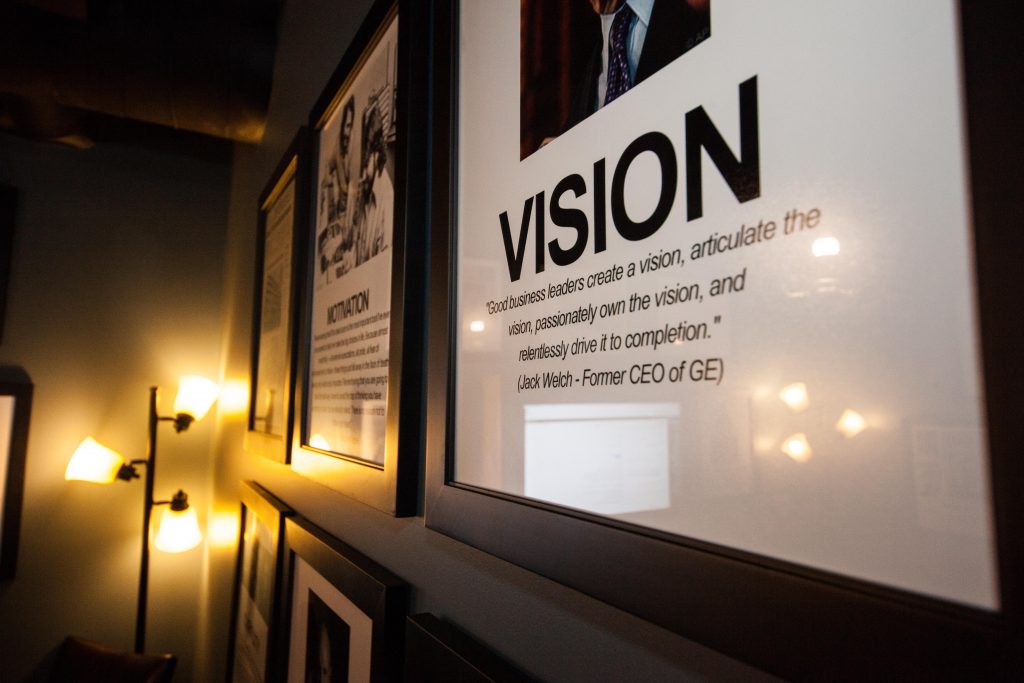 We have one local company in Tulsa that I can think of right now, and I don’t want to give up all their information because I don’t have permission to do so, but these guys have tripled the size of their business as one of our business coach clients. They’re pulling in $15,000 a week of profit now every single week. And they used to make like $15,000 like every six months. This is just a single guy and his girlfriend, they’re getting it done. I mean, it’s awesome.

We’ve got a mortgage company as a business coach that’s top of Google just getting it done. You have Barbee cookies gone from a smaller shop to now a bigger shop opening up her new downtown location, and is it a result of me being a genius? No! It’s a result of them understanding that life is not a dress rehearsal and they have to take action.

Now Thomas Edison said “Vision without execution is hallucination.” You have got to take action, right? The choice is yours.

So here’s a notable quotable that comes at us hot from Steve Jobs. Now Steve Jobs was the co-founder of Apple. Well I’ve never heard of Apple at all. I don’t use Apple products. I’ve never, no, I’m more of a PC guy, thank you. Okay, well, he’s also the guy who was the former CEO of Pixar. You know, Toy Story would have never happened without Steve Jobs. Because what happened was that George Lucas was going through a divorce, which is not a positive thing, and he had invested tons of time and money in building Pixar. But Pixar hadn’t produced a movie yet. They’d never had a movie that was successful. And so as he’s going through the divorce, he reaches out to his buddy, Steve Jobs-

You’re gonna hear this concept over and over, but the eagles soar with the eagles. Your network is your net worth. Who you surround yourself with will determine how much money you make which is why as a business coach, I surround myself with experts. You actually become the average of the five people you spend the most time with. It’s unbelievable. So what I’m trying to encourage you with here, Steve Jobs gives you this notable quotable.

He says this. He says, “Remembering that I’ll be dead soon is the most important tool that I’ve ever encountered to help me make the big choices in life.” Now little context, he’s giving this speech to a group of Stanford graduates. You know he didn’t even graduate from college? You know he was too busy starting his own business. But then Stanford asked him to come back and to give their commencement ceremony.

Steve Jobs: Remembering that I’ll be dead soon is the most important tool I’ve ever encountered to help me make the big choices in life. Because almost everything, all external expectations, all pride, all fear of embarrassment or failure, these things just fall away in the face of death, leaving only what is truly important. Remembering that you are going to die is the best way that I know to avoid the trap of thinking you have something to lose. You are already naked. There is no reason not to follow your heart.

About a year ago, I was diagnosed with cancer. I had a scan at 7:30 in the morning and it clearly showed a tumor on my pancreas.

Clay Clark: And here is where most of us find ourselves when we have our breakthrough. You see most of us don’t have a breakthrough until we have a breakdown. I’ve seen this over and over again in my own life and in the lives of others. There’s just something that keeps us from wanting to be proactive as humans. We just have this natural tendency to drift. I call it “Satan,” but some people don’t want to call it “the devil.”

So what happens is we procrastinate, we put off doing what we should do. And so I found myself with a very successful company, and the doctor calls and said you need to be here when we tell your wife the news. And I said, what news? And he says ‘no, you just need to be here at the clinic, I can’t tell her without you being present.’ And so I’m racing in my mind thinking what’s wrong with my son, what’s going on, what could the report possibly be? And the doctor looked at my wife and I and he said, ‘Clay and Vanessa, your son is blind. He’s not-‘ I remember him saying the baby is not seeing.

And all of a sudden when I heard that, everything that wasn’t important became immediately clear, and what was important became immediately clear. And I changed the way that I was living my life, and that’s why now I do the Thrive Time Show. That’s why we do our conferences. That’s why we do Thrive15.com … I’m a man on a mission to help you get a great position financially. Stay tuned, we’re going to teach you more about how to live a life of purpose when we come back.

Well Steven Spielberg, you know he’s made E.T. He’s made The Color Purple, Saving Private Ryan, Jurassic Park, Amistad, War of the Worlds, Raiders of the Lost Ark, are you kidding me? Unbelievable, even I think so as a business coach.

So here is the deal. The thing that people don’t know about Steven Spielberg that’s interesting is that he was born in Cincinnati, Ohio. I thought he was born in Hollywood. No, he was born in Cincinnati, Ohio. And what happened is that he had this vision and this goal to someday become like the movie producer that he is today, the director that he is today. So what he did while he was still a student, he was working as an unpaid intern. He was trying to get a job as an unpaid intern while still working as a student. So what he did is he just showed up one day and he showed up and he basically snuck his way in past the security booth. This is a true story. He snuck his way in past the security booth and he ended up essentially, he just started working.

But in his mind, he had a definite chief aim. He had a definite chief aim. He said, ‘this is what I want to do. I want to do this with my life, I want to become successful, and so I need to start. I need to start with the tools I have.’ You know, a lot of times we’re waiting for another outside third-party resource to come and help us. But inspiration is the reward. This is what I have said as a business coach many a time.

Again I repeat that, somebody needs to write that down. Inspiration is the reward. It’s not a deal where inspiration is gonna come first. A lot of people just get that- It’s just in terms of maybe the timeline of success, it’s just not correct thinking. You have to start taking action and then you will get inspired. Or you might have to have a breakdown- hopefully you don’t- before you have your business coach breakthrough.